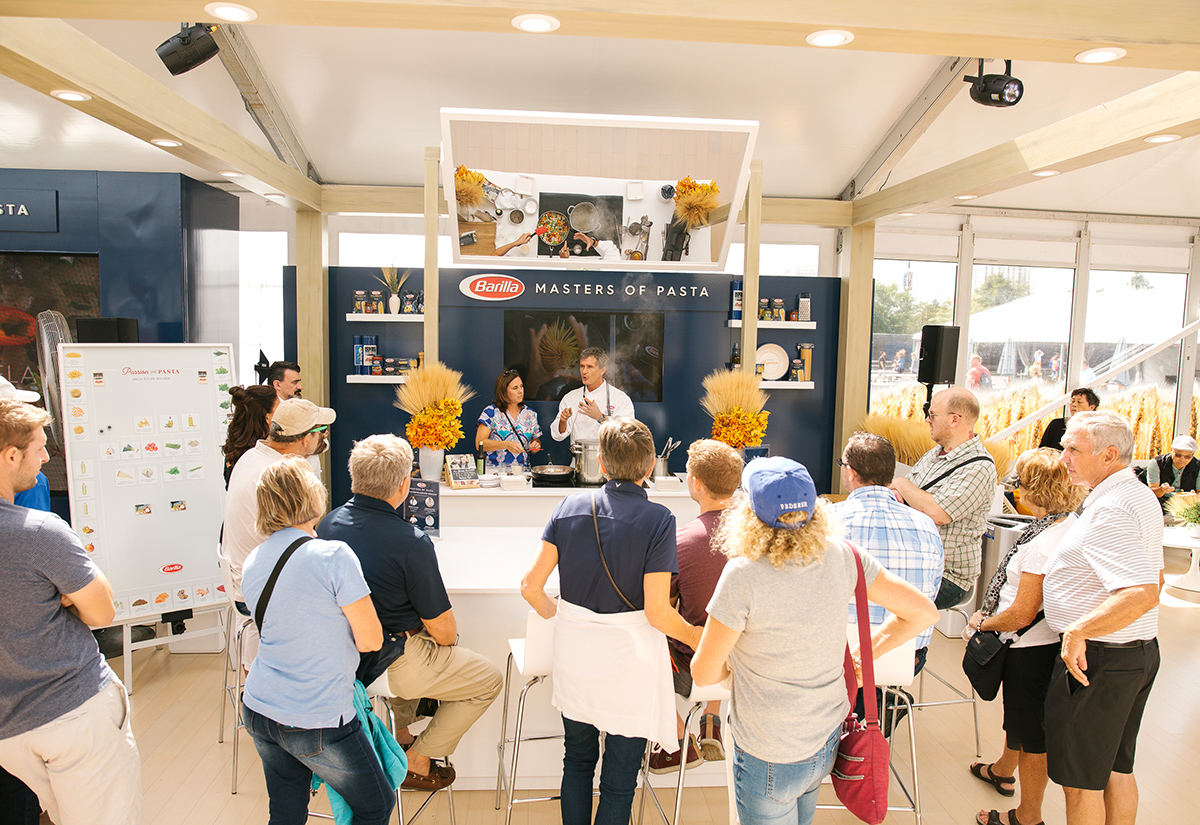 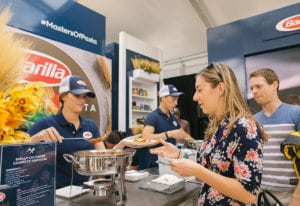 As much of the culinary world continues to hype complex meals featuring exotic ingredients and unconventional combinations, Barilla is keeping things simple. The 141-year-old pasta brand touted its understated approach Sept. 21-23 at the Laver Cup tennis tournament in Chicago with chef demonstrations, cook-offs and a clean design aesthetic that underscored its messaging. Part of Barilla’s Masters of Pasta campaign, the activation was brought to life with the help of global brand ambassador and tennis icon Roger Federer, Bravo TV “Top Chef” contestants and the brand’s own executive chef.

Barilla’s sponsorship was activated around a “Masters of Pasta Cucina” theme, which unfolded into three central touchpoints. A sizeable kitchen located in the Laver Cup Fan Zone served as the focal point of the experience and was designed to elicit an “al fresco” vibe with large skylights and neutral colors. The airy space featured live pasta-cooking demos using Barilla’s gourmet line, Collezione. Throughout the weekend, chef partners, including Barilla executive chef Lorenzo Boni, Carolina Diaz and “Top Chef” season 15 contestant Bruce Kalman, shared their pasta expertise with attendees. The coolest part? An overhead mirror gave onlookers a bird’s-eye view, ensuring everyone got a chance to observe the demos in full.

The space was also leveraged for a Facebook Live stream that captured a pasta cook-off featuring Boni and Olympic gold medalist Mikaela Shiffrin (another Barilla brand ambassador) facing off against Kalman.

Over at the Pesti Bar, Barilla offered hors d’oeuvres made with its Sundried Tomato Pesto and Traditional Basil Pesto for attendees to nosh on in an effort to illustrate the versatility of pesto beyond pasta.

The third key touchpoint was Barilla’s “Lucky Penne,” a shipping container the brand transformed into a commercial pasta kitchen, which was leveraged to prepare two pasta dishes served through the weekend, including the official pasta dish of the tournament, Barilla Collezione Rigatoni Pomodoro. The brand features the unit in an array of other activations at food and wine festivals and special events across the country.

Attendees additionally got a chance to interact with Barilla’s mobile sampling vehicle, the Little Gemelli Ape Cart, a replica of the Piaggio Ape, a three-wheeled Italian vehicle whose design is based on Vespa scooters. At many Barilla activations, the vehicle is used to sample products, but at the Laver Cup, the cart served solely as a unique photo op “due to its unique design as an iconic Italian vehicle.”

In addition to the on-site experience, Barilla hosted a pre-activation media and influencer lunch at Spiaggia, a Michelin-starred Italian restaurant located in downtown Chicago. There, chef Boni and “Top Chef” season 15 winner Joe Flamm treated attendees, including Federer and Shiffrin, to an upscale lunch featuring the official Laver Cup pasta pomodoro recipe. The brand also leveraged its relationship with the two athletes to produce an interview series dubbed “Penne for Your Thoughts” as part of its sponsorship. The series featured Shiffrin “interviewing” Federer, along with fellow tennis greats John Isner and Thomas Enqvist.

“Masters of Pasta is about elevating the pasta experience, but also sharing that what we call ‘gastronomy’ doesn’t mean ‘complicated,’” says Prita Wadhwani, head of marketing communications at Barilla America. “Living simply is living well, and the pasta experience is exactly that—pasta is made of wheat and water, and is a perfect canvas for delicious goodness. Our activation focused on this simplicity and gastronomy of pasta, which we reflected in both the design and execution.” Agency: SoHo Experiential, New York City. 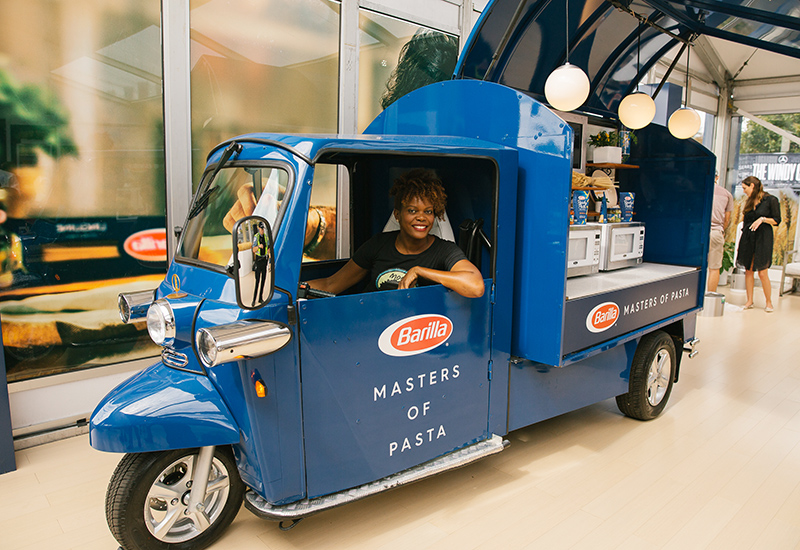