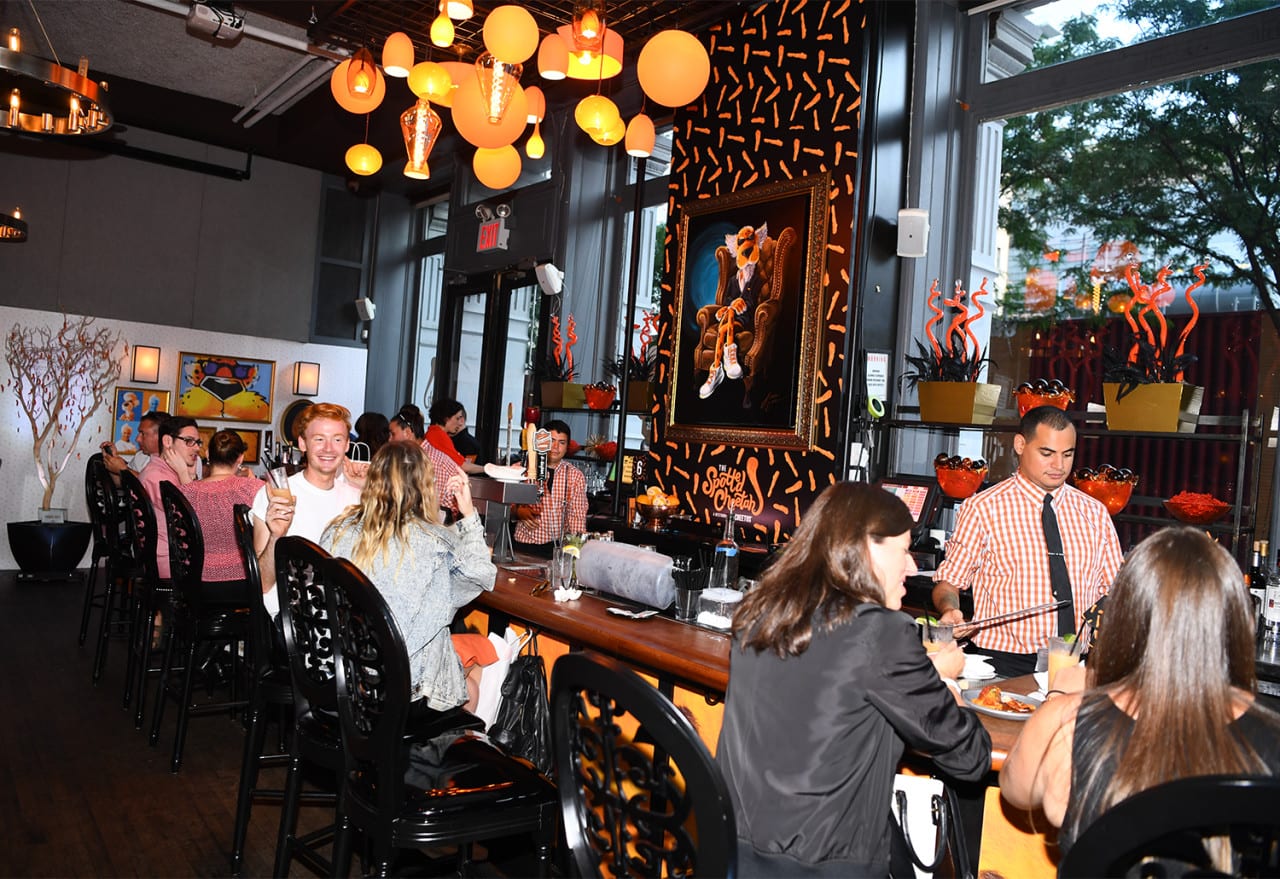 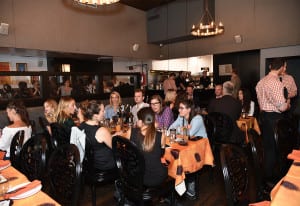 The Spotted Cheetah, a Cheetos pop-up restaurant that opened in New York City’s Tribeca neighborhood Aug. 15-17 at the close of Restaurant Week, is the latest in a series of activations designed to extend the Cheetos brand experience beyond just digging into a bag of the crunchy cheese puffs. When a product has been around as long as Cheetos (1948), it’s important to stay relevant, and not just rest on your laurels as a top-selling snack brand.

One way to do that is by introducing new flavors—Cheetos now comes in 21 options in North America alone. Another way is with event marketing, which Cheetos frequently leverages to engage consumers in new and fun ways. In 2014, for example, the brand launched “Cheeteau,” a Cheetos perfume named after the brand icon, Chester Cheetah. The following year, Chester ran for mayor of a small town named, you guessed it, Chester, Montana. In 2016, the brand executed an online shopping site, cheetosstore.com, which sold apparel and jewelry in orange and black-spotted designs.

“We’re always looking for new and different ways of bringing that playful, fun spirit that is the essence of the Cheetos brand to our fans everywhere in a variety of ways. The restaurant gave us the ability to generate a lot of excitement and offer something new and different,” says Ryan Matiyow, senior director-marketing, Doritos and Cheetos brands, at PepsiCo.

This year, inspired by Cheetos-infused recipes that have gone viral across the country, the brand partnered with celebrity chef Anne Burrell in a Cheetos dining experience that featured 11 signature dishes, from Cheetos Meatballs to Flamin Hot Limón Chicken Tacos to Cheetos Sweetos Crusted Cheesecake, and more. “Chef Anne Burrell had a perfect personality that matched our brand in terms of being playful and fun. She’s got that pumped-up personality and is a huge fan of Cheetos,” Matiyow says.

Chester Cheetah himself sat atop the large sign at The Spotted Cheetah’s entrance, an ideal spot for selfies and photo ops. Orange-colored carpeted steps led inside where the ambiance offered a tasteful, Cheetos-filled ambiance with orange accents, playful Cheetos-inspired art and orange Cheetos tablecloths with black spots. In the bar and lounge area, people could engage with Chester on a digital screen, asking him about the restaurant and his favorite dishes, as they waited for their table.

Consumers visited thespottedcheetah.com to make reservations using the OpenTable plug-in on the homepage. Reservations filled within six hours—with thousands reportedly on the waiting list—but Cheetos fans who were unable to experience the restaurant live can download a digital cookbook to recreate the dishes at home, and Burrell’s Brooklyn restaurant is also featuring some of the menu creations for a period of time. Agency: The Marketing Arm, Dallas.

• Tips for Working With Celebrity Chefs in Events