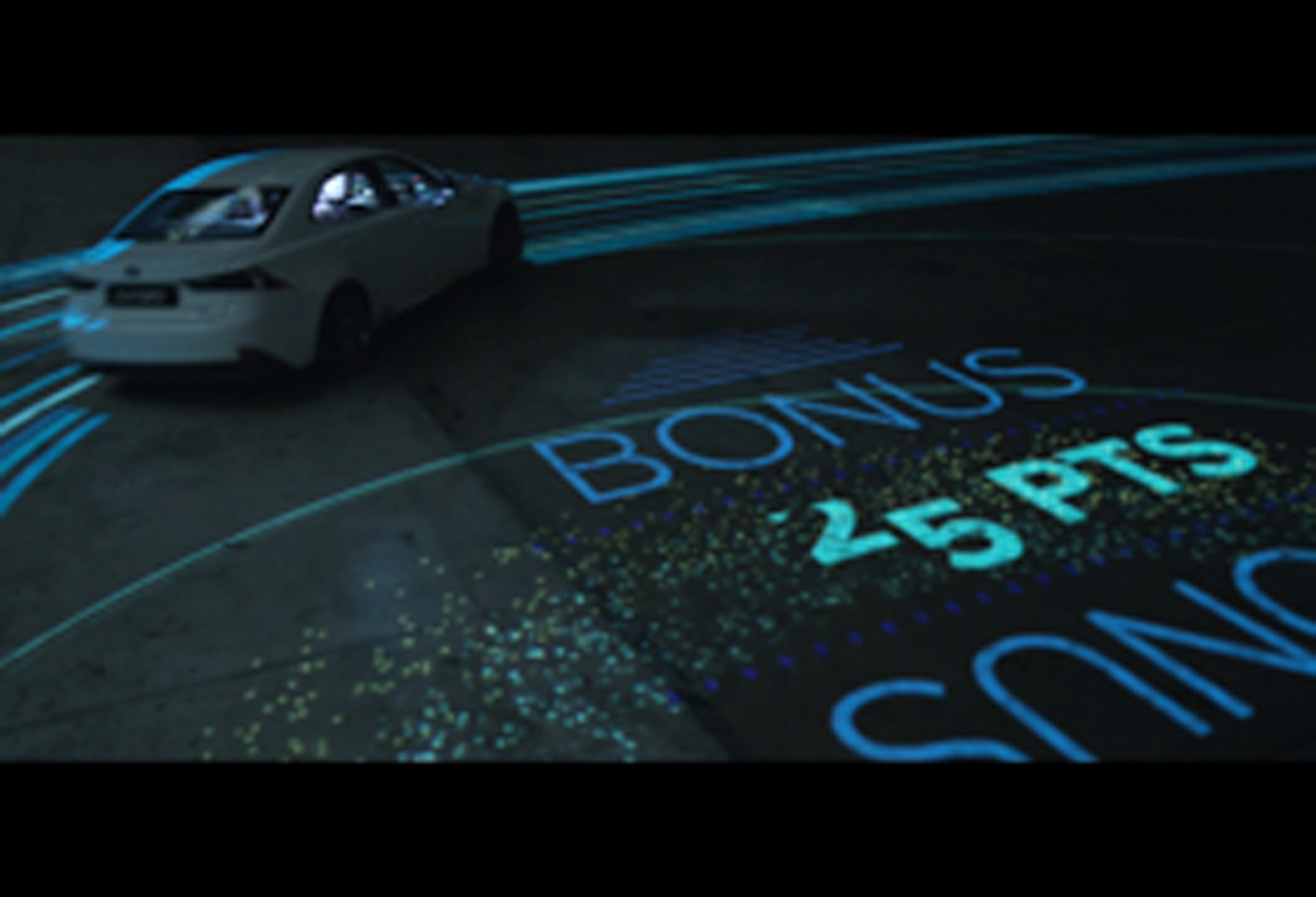 Lexus Italy needed a new commercial to introduce its new IS Hybrid model to a tough Italian market. Instead, the brand got way more than it bargained for, and ended up with an event program that is now set to travel Europe. But let’s back up.

The program, “Trace Your Road,” brought 10 of the brand’s Facebook fans and Formula 1 driver Jarno Trulli to an empty aircraft hanger outside of Rome on July 26, where the brand set Trulli behind the wheel and the fans in the passenger seat for a race against each other that was like no other. The hanger was pitch black, and the fans had a tablet that they used to draw a racecourse, in real time, which Trulli had to drive as fast as possible, as the roadway appeared in front of him. He had no idea what the competitors would draw, but he had to get to the end as fast as possible, without spinning out—or crashing. (OK, he didn’t crash, but still, it was dark in there.)

The brand levied penalties for leaving the projected route or touching the walls of the hangar. All of the action was filmed for a television spot by New York City-based production company LOGAN, but everyone had so much fun that Lexus divisions all over Europe are asking for the experience to come to them. This race is hitting the road.

“We wanted to establish the brand, showcase the hybrid and show performance all at once,” Andrea Carlucci, director-marketing of Lexus Division at Toyota, told Buzz. “We thought, let’s try to make something amazing. Let’s take a risk.”

And it paid off. Agency: Saatchi & Saatchi, Italy.