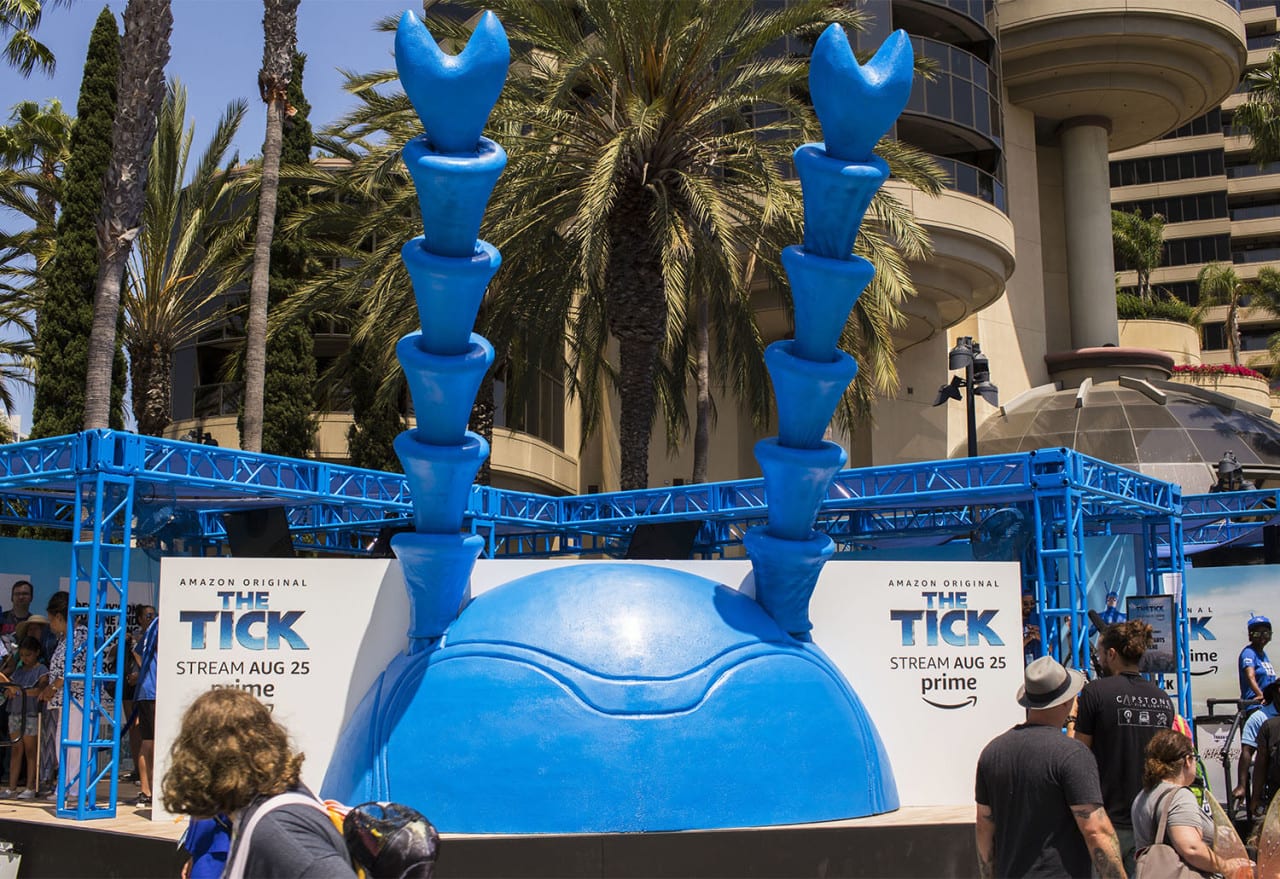 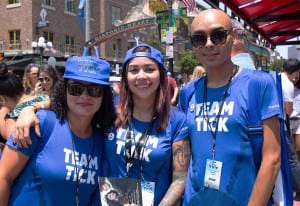 The activation included a street team and other activities inspired by the show’s first season.

It may be tough to cut through the clutter at San Diego Comic-Con, but a 20-foot-tall, blue tick head with animatronic antennae swinging in the breeze directly across from the San Diego Convention Center managed to do just that, and generate awareness for Amazon Prime Video’s new series called “The Tick,” as well.

The Amazon Original Series show is based on the 1980s comic books that recount the adventures of Arthur, a mild-mannered accountant who learns that his city is ruled by an evil superpower, and the Tick, the tall, blue-suited muscleman with a mysterious past who comes to his aid. The Tick Takeover at San Diego Comic-Con, built around the set of the show, featured replica buildings from “The City” where the action takes place, a multi-room challenge-based scavenger hunt, a street team and other activities inspired by the show’s pilot episode and first season.

“We wanted to create something that was totally immersive while giving fans and new audiences something that engaged them more deeply with the show,” says Mike Benson, head of marketing at Amazon Studios. “We wanted to bring the characters of ‘The Tick’ to life and drive attention and interest in the show, to get fans talking and to educate audiences that this was a show that is an exclusive part of their Amazon Prime membership.”

As guests (“citizens”) lined up to enter the experience, they could push levers to control the Tick’s emotions/antennae. Inside, an Amazon Prime Member Lounge offered a chance to relax, recharge phones, stream the pilot episode of the series and unlock Snapcodes that revealed custom Tick and Arthur filters on Snapchat. A trivia challenge-based scavenger hunt took fans through four locations essential to the storyline—Goat’s Deli, Arthur’s Apartment, The Warehouse and The City Police Station—as they helped Arthur uncover the Pyramid Gang’s conspiracy.

Easter eggs hidden throughout the space, which also appear in the show, gave fans the chance to discover branded products, show imagery, characters, iconography and other items related to “The Tick,” Amazon Prime Video and the original series. Digital artist Matty Mo created an art piece featuring Superian, another hero character in the show, as a backdrop for Instagram-able moments.

Outside the space, San Diego Comic-Con attendees could call upon the #teamtick street team that was on the ready to help their fellow “citizens” take selfies, care for blisters or other needs. Agency: NVE Experience Agency, Beverly Hills, CA.

•  Three Ways to Own San Diego During Comic-Con