From Easter Eggs to Artist Impersonations, How Alteryx Shook up its User Conference – Event Marketer
Subscribe
Log In 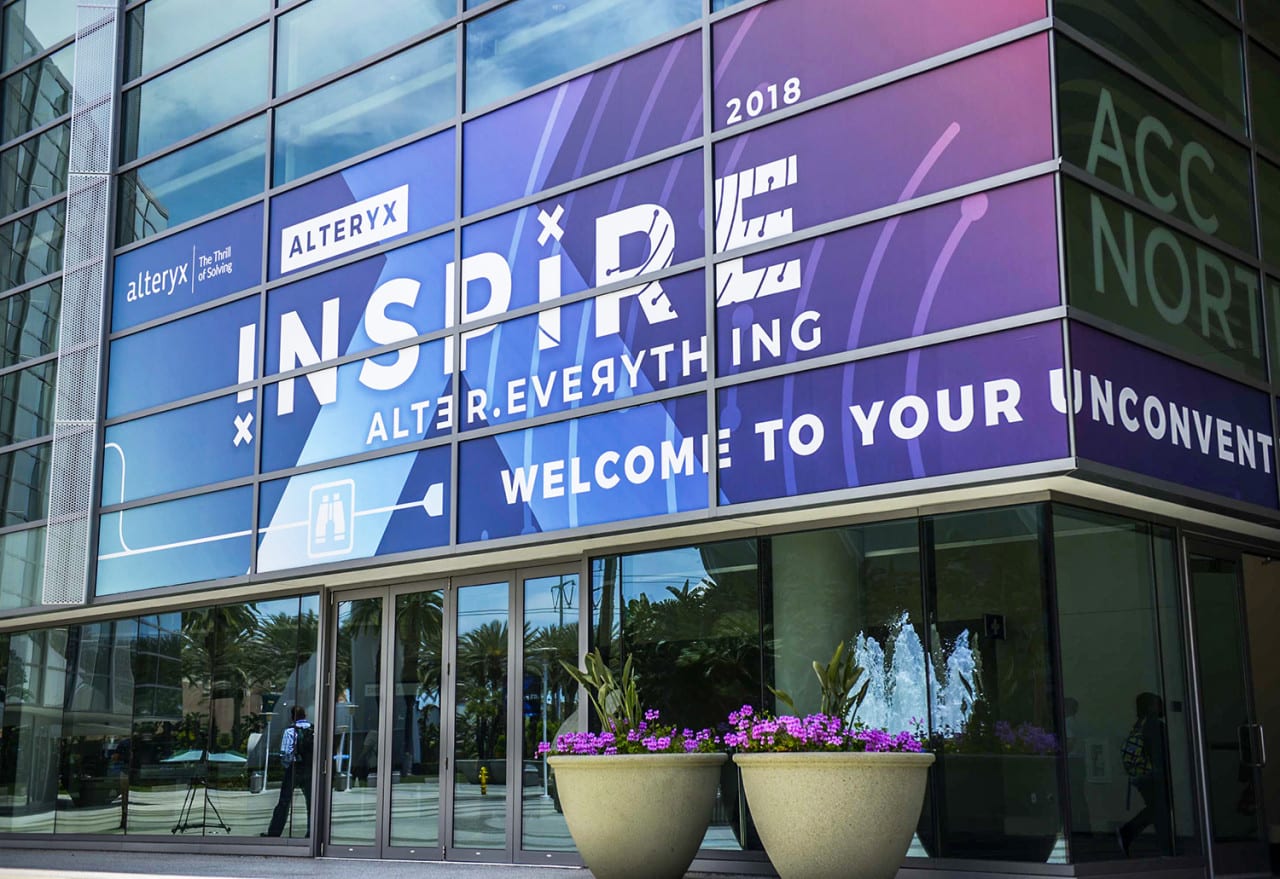 From Easter Eggs to Artist Impersonations, How Alteryx Shook up its User Conference

For its annual Inspire conference, held this year June 4-7 in Anaheim, CA, data science and analytics technology company Alteryx set out to produce an unconventional convention that boosted brand awareness while pushing the envelope on what a “typical” user conference entails. And from Easter eggs to live music to chief customer officer Libby Duane arriving to her keynote on a Harley, the brand delivered.

This year’s event drew a crowd of 3,000 analysts, data scientists and business executives—a 55 percent increase in attendance, year-over-year—from 29 different countries representing more than 30 industries. The conference featured countless meetups, provocative sessions (like an Alteryx Escape Room) and over 90 breakout sessions led by customers that kicked off with a forum on how the Alteryx brand made attendees feel. But with a theme like “Alter.Everything,” the company had to complement the event’s content with fun, engaging experiences that broke from the standard conference format.

“The goal during these three and a half days [was], ‘We’re going to show you how to Alteryx everything,’” says Seth Greenberg, cmo at Alteryx. “So, it’s the ‘how.’ It’s not just thought leadership; it’s actually putting it into practice.”

The Alter.Everything theme came to life from the get-go. Upon arriving on-site, attendees received a conference badge and a ticket to the opening keynote stating that the doors would open at 7:30 a.m. As they approached the venue, the “paparazzi” asked them how they’d like to alter their ego, giving them the option to morph into Jim Morrison, David Bowie or Paul Stanley through a photo experience. Once inside, attendees could view their alter egos on a social wall. And then came the first Easter egg of the event: a live performance by The Doors tribute band Strange Days, who played several hits before ending with “Break on Through to the Other Side,” a nod to Alteryx’s mission to break through the other side of analytics. The surprise-and-delight experience and its play on words (“the doors open at 7:30”) had attendees posting all across their social channels.

As Strange Days left the stage, a two-minute thought leadership video aired. When the band returned for a reprise of “Break on Through,” the lead singer and Alteryx ceo Dean Stoecker had done a body switch. Stoecker, dressed up as Jim Morrison, sang a few notes before literally dropping the mic, taking off his wig to reveal is true identity and welcoming attendees to their “Altered State.” Talk about opening a conference with a bang.

“I think I’m a little crazy,” says Greenberg. “I actually work for a founder/ceo who’s also a little crazy… I don’t think he’s ever said ‘no’ once to me. So I’m trying to push the envelope, maybe to the verge of getting fired—that’s how far out I want to take this.”

In addition to content, Inspire featured a number of ancillary events like “Code.Chella.” The after-hours experience, attended by about 2,500 people, included a dozen food trucks, a dj spinning tunes and the opportunity for attendees to have their arms dipped in marble swirls of Alteryx colors, (blue, pink and purple) turning them into walking artworks. Between dj sets, “cmo Seth Greenberg” took the stage to deliver raps about workflows and analytics—only, once again, attendees had been hoodwinked. “Seth” was, in fact, Canadian rapper and playwright Baba Brinkman. The next morning, following a series of fireside chats, the duo switched identities twice more, with pseudo Seth taking topic suggestions from the audience and providing a freestyle “rap up” of the first day of the conference. 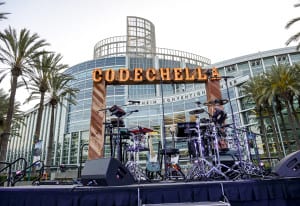 Code.Chella was an after-hours experience featuring a dozen food trucks, dj and art.

Smaller details, like oranges and apples bearing sayings like “Alteryx is Appealing” and “Predictive to the Core,” could also be discovered throughout the event. And on the final day of the conference, over 600 attendees stayed to get certified in Alteryx. The event culminated in a graduation ceremony.

All in all, 84 percent of Inspire attendees said they’re ready to increase their investment with the brand following the conference. A smaller-scale Inspire event in the UK will follow this fall. Agencies: Riverview Systems Group, Milpitas, CA (production); In-house (creative and strategy).