adidas Re-Creates the Venice Pavilion at 'Beyond the Streets' 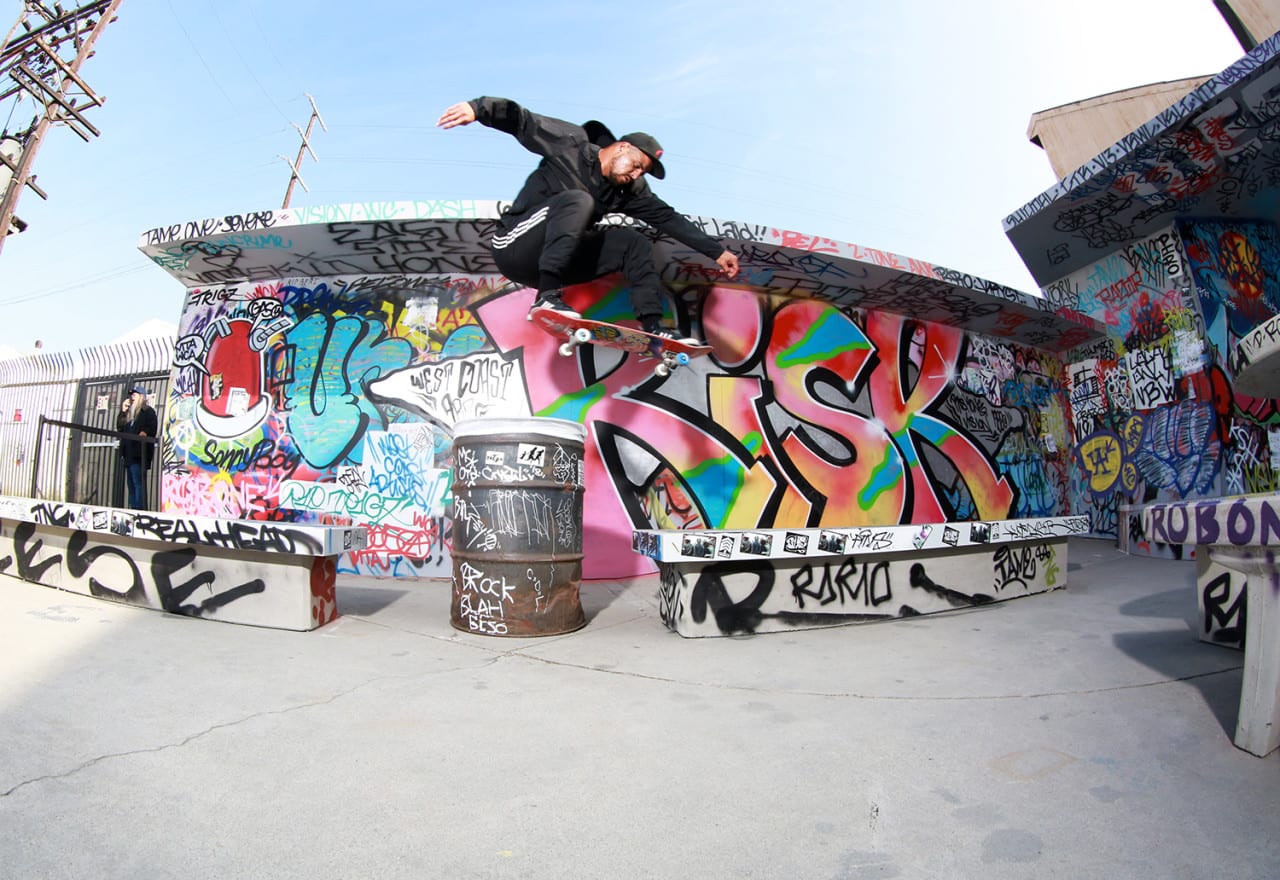 There was a time not so long ago when street art and graffiti were viewed not as art forms, but as vandalism. Flash-forward to today, and those same mediums are celebrated as part of the fabric of pop culture. So when adidas Skateboarding, a brand known for its roots in street culture, got the opportunity to sponsor a graffiti exhibition in Los Angeles called Beyond the Streets, signing on was a no-brainer. Working closely with the show’s curator, Roger Gastman, adidas set out to relate just how closely the worlds of skateboarding and street art are connected by erecting a replica Venice Pavilion, L.A.’s legendary graffiti and skateboarding site and the birthplace of street-style skating.

Open through July 6, Beyond the Streets takes place across a 40,000-square-foot indoor and outdoor art venue. The event serves as a celebration of modern art and a multimedia showcase featuring paintings, sculpture, photography and installations from over 100 artists—a prime setting for the fully skateable re-creation of one of the street art and skateboarding community’s most iconic locales. Built in 1961, the original Venice Pavilion rose to fame in the ’80s and ’90s, paving the way for (now) renowned graffiti artists and skateboarders, and introducing the East Coast’s “subway style” graffiti to the West Coast. The site was demolished in 2000, but thanks to adidas Skateboarding, the storied setting is back in action, if only for a few brief months.

“Historically, the most recognized and celebrated [graffiti and skateboarding site] is the Venice Pavilion,” says Cullen Poythress, senior communications manager, skateboarding and snowboarding, at adidas America. “It attained this mythic status as a Southern California mecca for all things cool. It was this crossroads of graffiti and skateboarding and surfing and music. All of these different cultures sort of collided there and the background was always graffiti.”

The replica Venice Pavilion was scaled down to accommodate the event space, but in all other respects was identical to the original, from the graffiti-covered picnic benches and fire pits, to the stage, right down to the ’80s-era trash cans. But the best part? adidas enlisted RISK, one of the world’s most renowned graffiti artists and a former Venice Pavilion staple, to curate the artwork. To ensure the art felt authentic, RISK invited a group of fellow graffiti artists and Venice legends to make their mark once again. 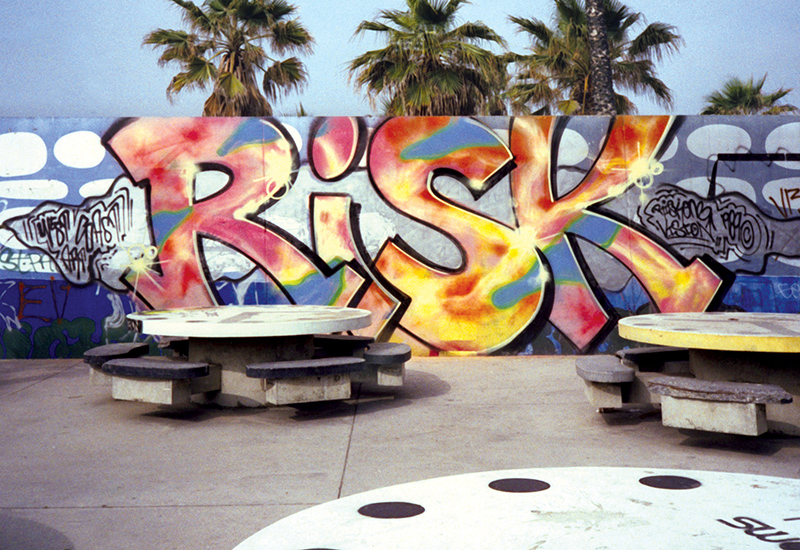 Built in 1961, the original Venice Pavilion (seen above) rose to fame in the ’80s and ’90s, paving the way for street-style skating.

The pavilion is open for skating to Beyond the Streets attendees with the exception of special events held in the space, which so far have included a book launch for Venice artist and musician Ric Clayton, and a Memorial Day Weekend skateboard jam featuring the original Venice players.

In addition to the pavilion, adidas Skateboarding teamed up with exhibition artists to deliver a limited-edition clothing capsule dubbed Rule Breakers, Mark Makers collection, available only at the event’s gift shop. All proceeds from items purchased are donated to non-profit STOKED Mentoring, an organization that provides educational workshops for inner-city youth in L.A. Similarly, the brand teamed up with famed street artist Shepard Fairey to celebrate his contributions to street culture. Together, they created a limited-edition version of the signature adidas Samba ADV shoe, which is also sold exclusively at the Beyond the Streets gift shop.

“I don’t think the wave of interest from the public around graffiti and street art has really crested yet,” says Poythress. “The wave is still rising and there’s still a tremendous interest from the public with this story. And it’s a story that we felt and [Gastman] also felt was very relevant to the adidas brand—adidas has a very authentic heritage in this space and in this conversation.” Agency: Pressure Point Creative, Portland, OR.