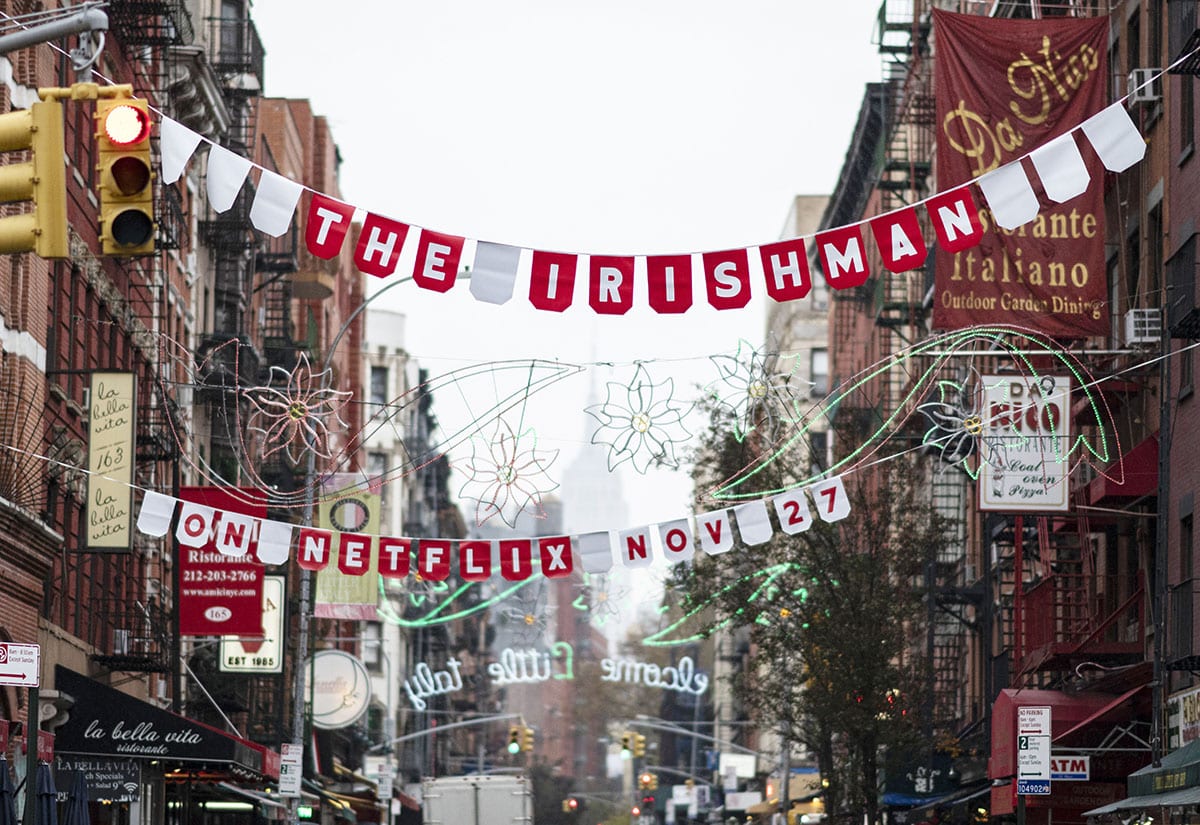 With a Secret Password, New Yorkers Unlock a Netflix Takeover of Little Italy 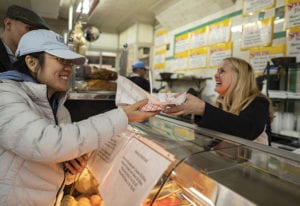 Netflix enlisted 11 local businesses to give away free food and services.

The film “The Irishman,” which began streaming on Netflix on Nov. 27, explores organized crime in America following World War II and the disappearance of union boss Jimmy Hoffa. Directed by Martin Scorsese and starring Robert De Niro, Al Pacino and Joe Pesci, the film spans decades, but as part of a buzz-building campaign the weekend before its release, Netflix zeroed in on the year 1975, and the day Hoffa was reported missing. Executing a takeover stunt of a block in Little Italy in lower Manhattan, Friday and Saturday, Nov. 22-23, Netflix enlisted 11 local businesses to give away free food and services during store hours to “friends of Jimmy.” All consumers had to do was say the password: “Jimmy sent me.”

Supporting the takeover were social media posts that teased the password and custom eight-page newspapers stocked in newsstands on the block that featured information on the film, activities like word searches and a map of the storefronts involved in the stunt. A line of phone booths branded with the actors’ names offered film teasers through the receivers. Immersive actors, from paperboys to drivers to construction workers to photojournalists, were scattered throughout the block, as were branded true-to-period cars for guests to hop in and drop tips on “Jimmy’s disappearance.” There were missing posters plastered on buildings and street posts featuring Pacino’s image (who plays Hoffa in the film) as well as the number to a tip line. And hanging over the street and across storefronts was square bunting-string signage in red and white that featured the Netflix logo and “The Irishman” spelled out. Window decals on the storefronts also teased the film.

Among the giveaways: A half-sandwich called “The Jimmy” from Parisi Bakery, a traditional cannoli from Caffe Roma, a bottle of Chianti with a custom label from Mulberry Wine & Liquor Store and a free haircut at Barber’s Blueprint. Other businesses that participated were Ferrara Bakery & Café, Di Palo’s, Alleva Dairy, Sal’s Pizza, Parm and Manero’s Pizza. All of them remained open for business as usual, creating a speakeasy-style experience for consumers that knew the password. By the end of the takeover, Netflix and the participating businesses had distributed 36,370 items to consumers. Magnifico. Agency: Invisible North, New York City.

Take a Spin Through 1975 Manhattan: