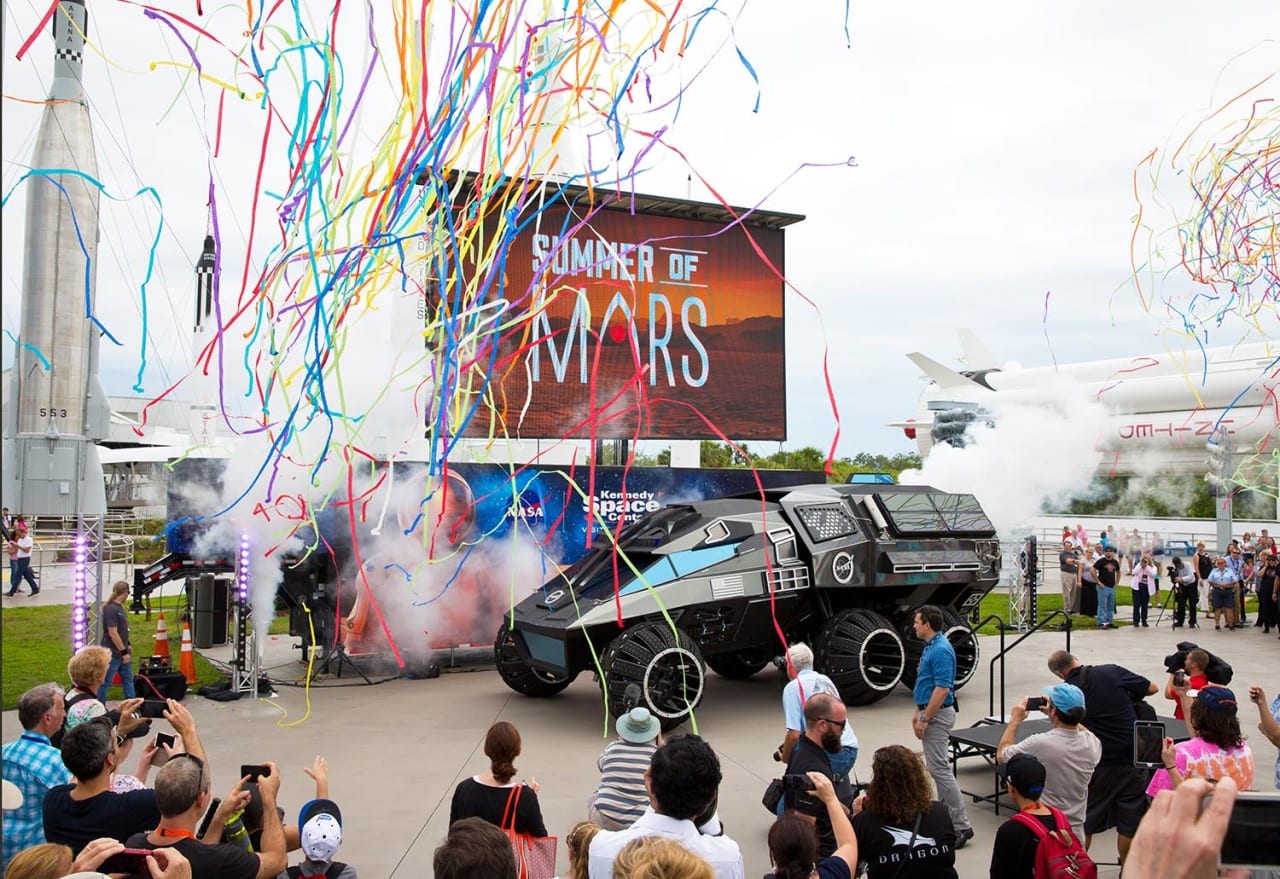 In celebration of the 20-year anniversary of the Pathfinder landing on the “Red Planet,” the Kennedy Space Center has launched the Summer of Mars Experience Tour, which in July and August is traveling along the East Coast with a Mars Rover concept vehicle and high-tech interactives. The tour ties in with the Summer of Mars activities taking place at the Kennedy Space Center and is designed to engage and inspire the next generation of space explorers.

The Mars Rover concept vehicle, designed with astronaut guidance and NASA-engineered science and specs, functions as a working vehicle and laboratory and is the star of the experience tour. Consumers can look inside the vehicle, which measures 24-feet long by 13-feet wide and 11-feet high, for a view of its lab and cockpit, and pose for pictures outside of it. Additional tour activities include virtual reality experiences, an interactive Cosmic Quest game, a Name the Rover contest, Mars-themed stickers and poster giveaways, astronaut appearances and tastes of astronaut ice cream for those with correct answers to trivia questions.

“If you talk to any of the astronauts, they all had a moment they will remember for the rest of their lives that inspired them to become an astronaut or an engineer,” says Lisa Hultquist, sales and marketing director at Delaware North, which operates the visitor complex on behalf of NASA. “We built the rover with that intent. It’s all about inspiring young people to join the journey.”

The tour also hopes to inspire visits to the Kennedy Space Center Visitor Complex by offering a peek at what’s in store there. One experience offers a 360-degree virtual tour of the Space Center, its attractions and exhibits, artifacts and hardware. Another VR experience transports consumers throughout the solar system by looking at the different toys and models in a child’s bedroom. A third experience presents a virtual tour from the outside of the international space station as it flies over the earth.

Other experiences replicate two of the four interactive missions of the Cosmic Quest game that visitors can play at the Kennedy Space Center Visitor Complex. On the tour, guests can grow a potato like astronaut Mark Watney did in the movie “The Martian” and launch a rocket.

As part of the Name the Rover contest, consumers can post suggestions with #summerofmars to Facebook, Twitter and Instagram. An internal committee at the Kennedy Space Center will choose the top two or three names and put them out for a vote in mid-August on social media when the rover returns to the space center. 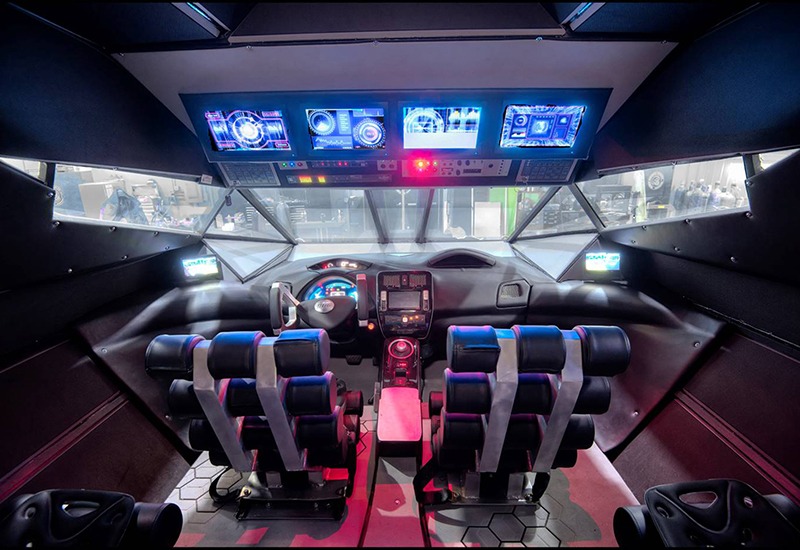 Consumers can look inside the Mars Rover concept vehicle, which measures 24-feet long by 13-feet wide and 11-feet high.