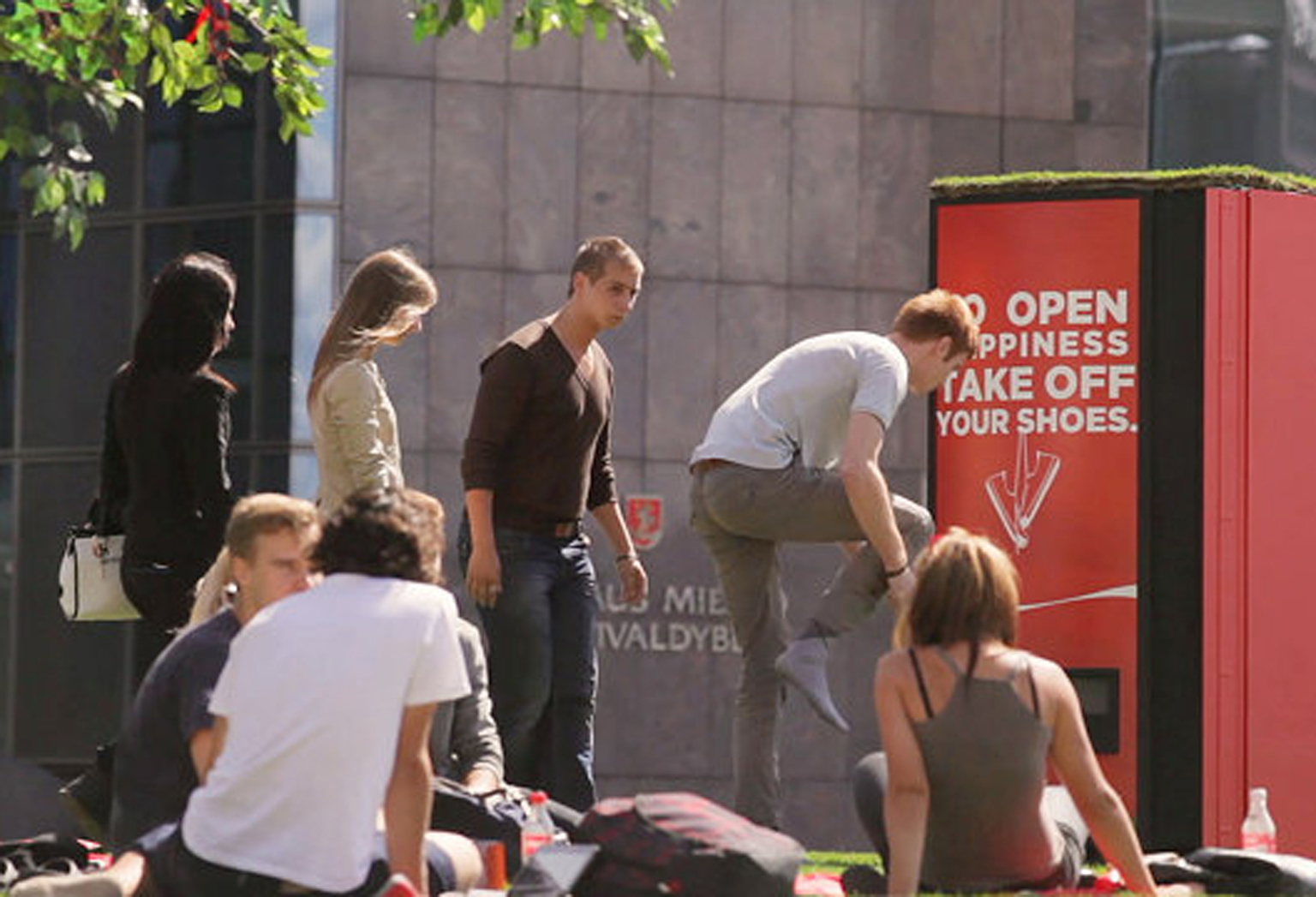 Sometimes you just need to feel the grass under your feet. For dozens of unsuspecting consumers in Vilnius, Lithuania, Coca-Cola made this happen by transforming a city plaza into a branded pop-up park and then filming the surprise and delight as passersby stopped by.

The film, Coke’s latest viral Where Will Happiness Strike Next project, opens with the question “What if Our Everyday Were a Little Less Grey?” and then follows along as a branded vintage truck rolls into the square and unfurls long strips of green turf until the Coke bottle-shaped “park” is complete. In the park’s center, two Coke machines encourage visitors “To open happiness, remove your shoes” and those that do are rewarded with a cold Coca-Cola (the brand pulled this off using a remote trigger). Also in the park are guitars and t-shirts hanging from trees temporarily erected for the stunt, picnic baskets, blankets and kites—and even, bunnies. Click here to watch the film.

“What makes a great Coke story is a universal setting, so while this was Lithuania, that square could be anywhere, from London to New York to Latin America… Everyone recognizes that busy day in a big city where you feel like you just haven’t got the time,” Guy Duncan, global group content director at Coca-Cola, told Buzz.

In addition to serving as viral content for the brand’s social channels, Where Will Happiness Strike Next is a global marketing initiative and, often, the projects serve as “tool kits” or templates for what later become customized sampling programs or events, according to Christy Amador, global digital marketing manager at Coca-Cola.

“We’re always looking for something new and different to inspire the markets,” she told Buzz. Agency: Wieden+Kennedy, Amsterdam.