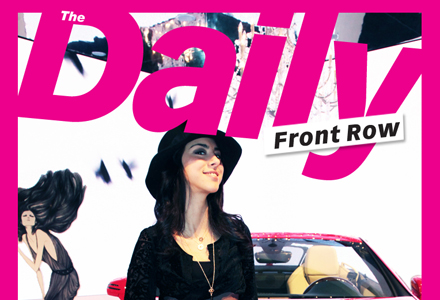 Mercedes-Benz Takes Fashion Beyond the Tents

It was all about firsts for Mercedes-Benz at this month’s Spring 2011 Mercedes-Benz Fashion Week at Lincoln Center in New York City. It was the first time the automaker and presenting sponsor debuted a vehicle at a fashion show and the first time it extended its sponsorship activation through photo and street experiences outside the tents.

Despite the frenzy of Fashion Week, Mercedes was able to lure more than 1,800 attendees to its photo activation at Lincoln Center, which featured the SLK as the main prop in a fashion-themed photo shoot. The picture was then placed on a mock cover of the fashion magazine Daily Front Row, which was distributed each day at the event and featuring top models, designers, editors and celebrities. Participants received a coded card to download their photos online and share it with friends and family on their social networking sites. They were also enticed with a $1,000 credit towards the purchase of a Mercedes-Benz vehicle. The photo activation garnered Mercedes a 63 percent rate of return on people going online and downloading their photo (Technology: eshots, Chicago).

Mercedes also took the fun to the streets with its Fashion Force, a wrapped CLS meant to resemble a police vehicle that prowled the streets of Manhattan looking for fashionable people, taking their pictures for Facebook and offering them a ride to their next destination. They were also invited to an exclusive party at the end of Fashion Week. Fashion Force will once again be on the lookout this weekend in L.A. during the Academy Awards.

“Normally, we would debut a car at an auto show but we chose Fashion Week to debut the all-new two-seater SLK roadster because there’s such a focus on style and design,” Lisa Holladay, manager-brand experience marketing at Mercedes-Benz, told Buzz. “Another goal this year was to extend our activations beyond the tents, which was the reason behind Fashion Force and the SLK photo opportunity.” Agency: Go! Productions, New York City.