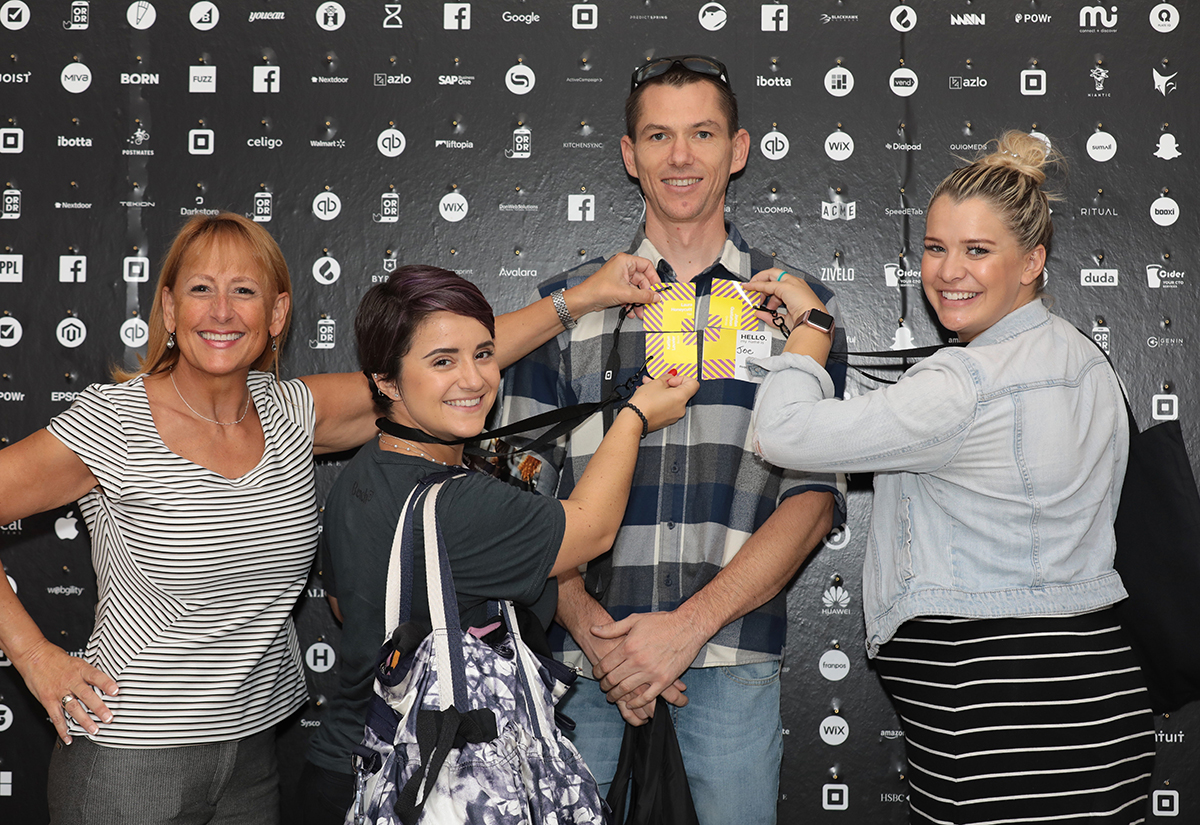 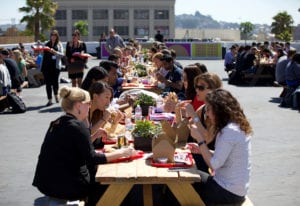 Rooftop meals around picnic tables were part of the revamped experience.

Tech conferences are a dime a dozen, but the leaders of the pack are leveraging creative venues and tactile experiences for attendees that often aren’t so “techy” at all. For brand-new events, it’s all in the details. Square, the mobile credit card payment brand, on Sept. 20 hosted its second Partners Squared Summit at a former car dealership storefront on busy Market Street in San Francisco, moving the event from a Las Vegas ballroom where it was the first year.

The move resulted in a higher turnout: 800 attendees, users of the Square partnership platform. Through the custom event app, attendees managed event activities like ordering drinks, booking massages and networking with one another. Other features included rooftop meals around picnic tables, a handwriting analysis expert, content and a partner fair.

“Based on surveys, everyone enjoyed that there was an even balance of content and interaction, so it wasn’t a full day of sitting in seats and listening, but that we had really good breakouts, networking and activations,” says Zack Ashley, director-experiential marketing and events at Square. “We had six different activations you could go through to really understand, hands-on, what our interactions look like and to receive premium swag people love.”

Typical registration zones involve staffers checking lists and handing over badges. Square turned this activity into a photo op at the summit. Attendees walked up to a wall, searched for their name tag, removed it, and behind it was a message about them and the brand that they work for. “We wanted to show we love our partners and show that’s how Square is going to grow with the attention to our attendees,” Ashley says. “With their branding on our wall, it became very social-able.”

Square’s breakouts were unconventional, including a “breakfast breakout session” that featured a donut wall and an “energy bowl” station where attendees could customize healthy yogurt toppings. The three main themes of the day, omnichannel, open channel and innovation, were displayed on signage and in activations that allowed attendees to dig deeper into the topics that matter most to them.

Square created a two-hour partner fair where 15 partners were invited to activate booths at the conference to engage with potential customers. “The biggest thing our partners always ask for us is they would like to talk to our sellers. We have to be very cautious in how we engage with sellers, though, because we don’t want to bombard them with every partner we have and every integration,” Ashley says. “So there was an area that became an expo, if you will, so you could stop and talk to top partners.”

Square had all its executives in attendance, which is not an easy feat. Square ceo Jack Dorsey was scheduled to speak at the event, but due to sudden travel restrictions could not be there in person. So, Square live-streamed him in so he could answer questions live via video chat.

“I’ve attended conferences where they’re not really thinking or talking about how we work together, so we ended the day with a cocktail reception where we had executives mingling and talking with partners about the future of Square,” Ashley says. Agency: LeadDog Marketing Group, New York City. 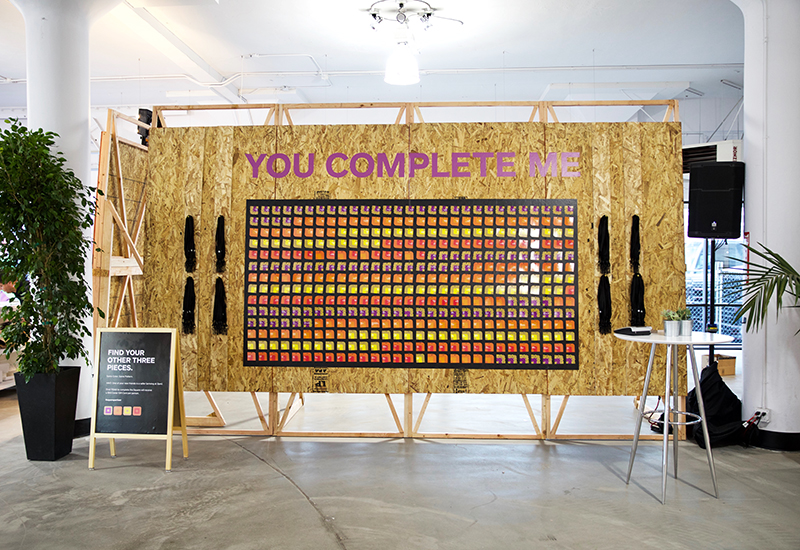