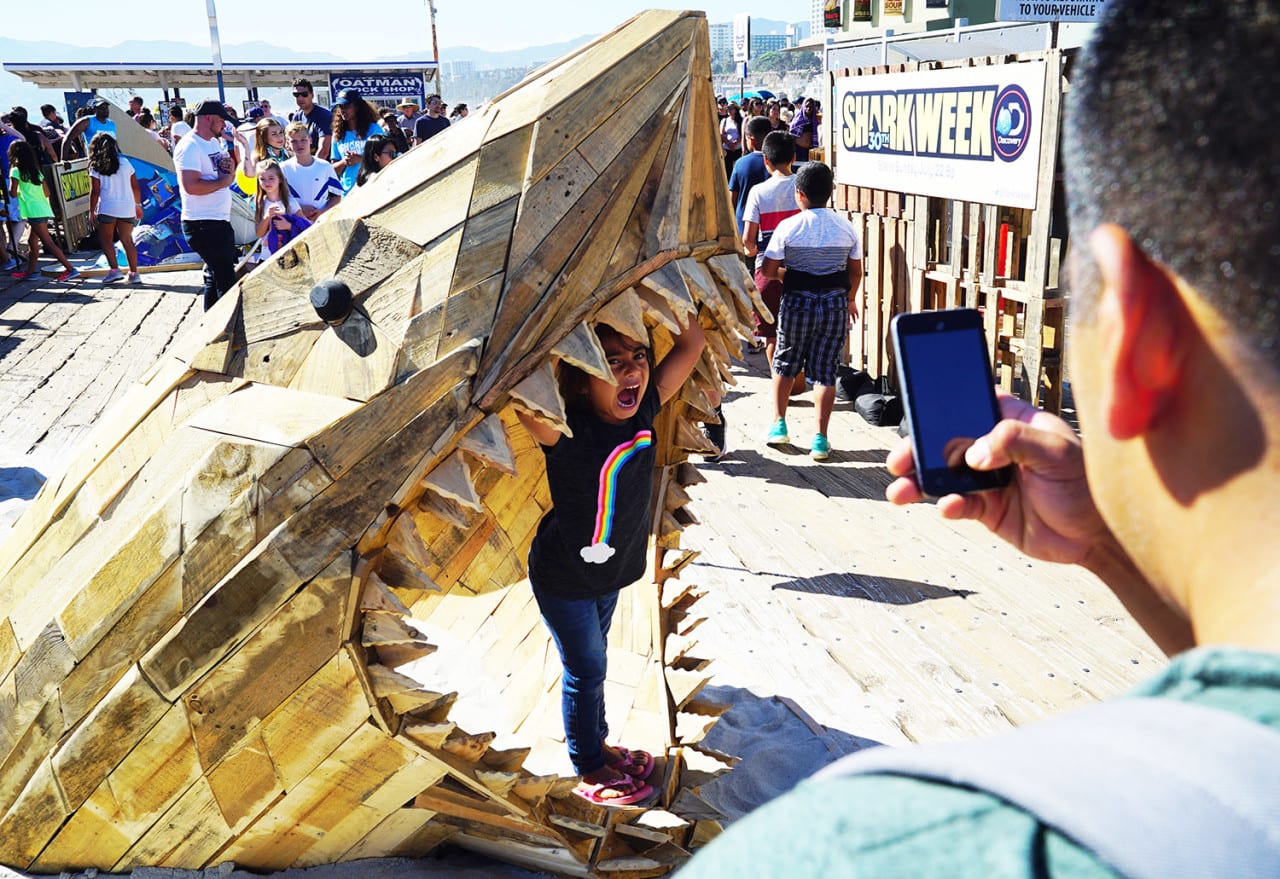 Discovery’s “Shark Week” program celebrated its 30th anniversary as the must-watch TV event of the summer, July 22-29. Strategies for driving tune-in to the programming have run the experiential gamut over the years, from a Fin Fest shark-themed festival in L.A. to guerrilla-style stunts involving half-bitten surf boards dropped on Australian beaches. This year, Discovery leaned heavily on the educational messaging surrounding “Shark Week” (Hey, it’s not just about the jaws), with beach cleanups, environmentally focused installations and—well, a little fun with jaws at Comic-Con.

On the weekend of July 21-22, Discovery transformed the Santa Monica Pier’s Central Plaza into the “Discovery Channel Shark Park,” to create a “shark-inspired social media feeding frenzy.” The space contained installations promoting different species of sharks made from upcycled and recycled materials. The message: to draw attention to the amount of materials that wind up in the world’s oceans—home to sharks everywhere.

Among the installations: a great white shark created from reclaimed driftwood and lumber from harbor warehouses, buildings and boats; a hammerhead shark “seesaw” constructed of a steel frame with corrugated cardboard forming all the right details; a bull shark constructed from aluminum cans; and a tiger shark constructed from plastic bottles. Upcycled wood pallets framed out the footprint, while upcycled plywood with the “Shark Week” logo lockup and tune-in information imprinted on it served as signage. Consumers walked away with custom shark fin hats for visiting—some 15,000 of them were distributed over the course of the weekend. Also at the activation were 5Gyres reps who were on hand to speak with consumers about the challenges behind not only shark conversation, but protecting the world’s oceans as well.

Discovery on July 21 then hosted a week of beach cleanups all along the East and West coasts in partnership with Ocean Conservancy. Cleanups were held in Santa Monica, CA, the New York City area, Annapolis, MD, Chicago and Miami. According to Discovery, some 650 pounds of trash was collected from the events. 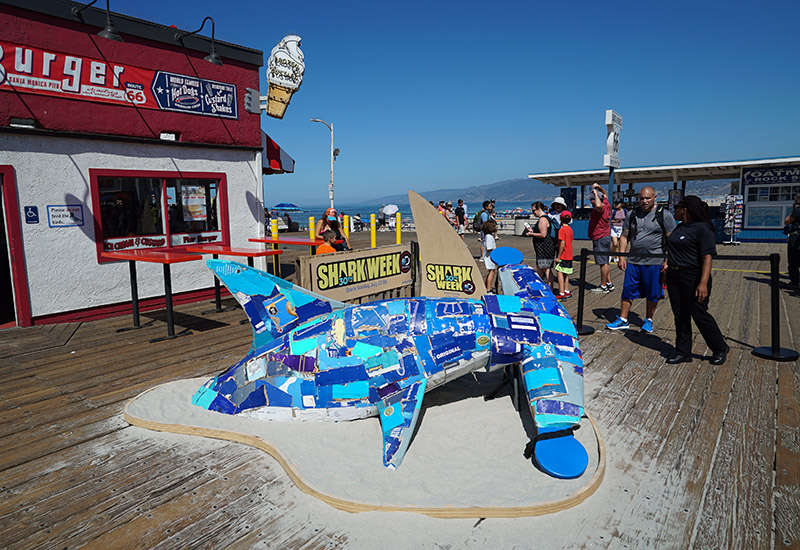 “The challenge for the 30th anniversary is how do we consistently reinvent the property, break through the clutter, and inspire folks to not only watch, but to participate and be part of the ‘Shark Week’ frenzy,” says Josh Kovolenko, svp-marketing at Discovery. “It’s about getting people to tune in, inspiring young people and families, the issues behind shark conservation, shark awareness and education. But then, it’s about having a lot of fun.

“So we try to thread that needle, if you will, because ‘Shark Week’ is a unique property that really ties together a TV event with conservation with that celebration mode you see when pop culture really leans into ‘Shark Week’ and everybody’s talking about it.”

Speaking of pop culture and the fandom surrounding “Shark Week,” Discovery made an appearance at San Diego Comic-Con July 19-22 with a 40-foot-long mechanical shark activation that at different intervals chomped down on beach items ranging from jet skis to lifeguard stands to surf boards… and also, zombies—because it’s Comic-Con, of course. Agency: BCXP, a division of Berlin Cameron, New York City.