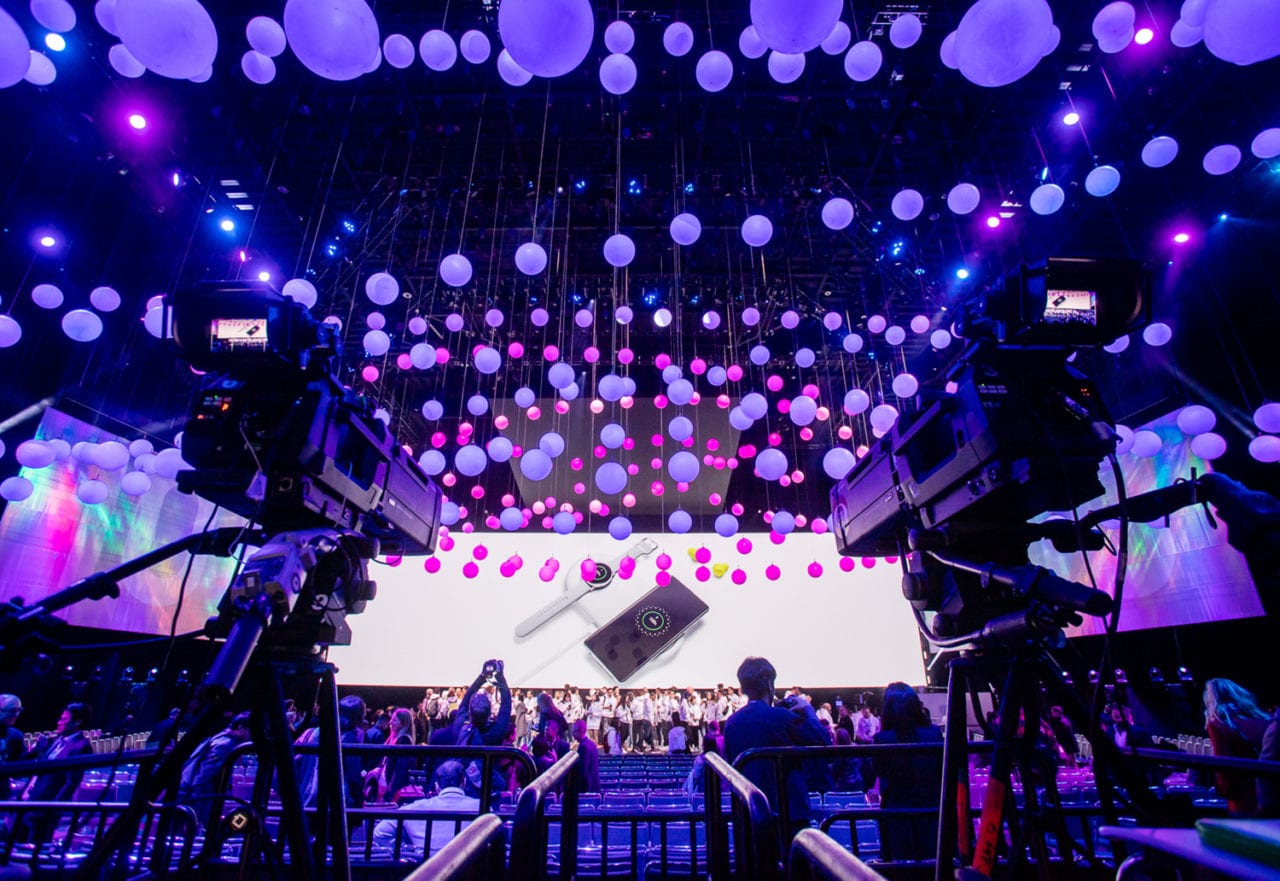 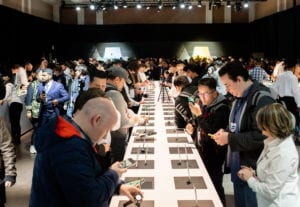 There is a lot at stake with product launch events and, perhaps, a little more so for the biannual Samsung Unpacked. A few fun facts: This year, there were more than 1.5-times the audience that the Oscars pull in viewing the Samsung Unpacked live-stream as it unfolded. That’s 44 million people tuning in virtually throughout the world. And then there were the 3,000 attendees from the media within the event venue, this year at Bill Graham Civic Auditorium arena in San Francisco. Samsung Unpacked 2019 coincided with the 10th anniversary of the Samsung Galaxy phone, and there were more products launched at this flagship event than in any other year (Cheil Worldwide, Seoul, and Agency EA, Chicago, handled).

“While the delivery of new product information is at its core, Unpacked is much more than just a straightforward product introduction—it’s an impactful brand showcase,” says John Jeon, senior event producer at Cheil Worldwide. And so, Samsung needed to provide the live-stream viewers with “an equal to, if not better than” experience than those physically present. “Samsung has a global reach and we wanted to cater to remote viewers in as many locations as possible,” Jeon says.

Here, five insights behind Samsung Unpacked and producing launch events with the physical, and virtual, audience in mind.

1. There were a lot of secrets. And then teasers.

According to Jeon, confidentiality is key to building anticipation among members of the media and among brand partners. “To create the ideal product launch experience, no audience members (in-person or online) should be able to predict what’s next. Everything—from the actual products and their attributes to the key show moments and presentation content—is unexpected,” says Jeon.

To help generate buzz, the brand custom-designed invitations and teaser images on Samsung’s social media channels and website. When the physical attendees arrived on-site, they saw generic Samsung Unpacked and Galaxy branding and signage—but during the show, all of the signage was flipped to graphics that revealed the new products launched during the event. So, as attendees exited the auditorium, they had an additional touchpoint in 12-foot-tall imagery of the new Samsung products.

2. Pre-production was a big deal.

The production team included a full content management crew, managers of all the visual and graphic assets, script managers (one for every presenter) and more. There was an offline rehearsal room, too, complete with a teleprompter. And then there were rehearsals for filming, as crews worked out angles for product demos and for the 12 different cameras leveraged for the show, footage that would be live-streamed and edited for on-demand viewing. For the live-stream, the team leveraged multiple streaming platforms, including YouTube, Brightcov and Samsung.com.

3. It was all about the staging and screens.

Big and bold tech specs are a requirement for content to be impactful from the stage on through to the second-screen experience for the audiences viewing the event worldwide. The Samsung Unpacked stage included five different LED-paneled screens (60-feet-long by 40-feet-wide); a main hero screen that stood more than 43-feet-high and 114-feet-long. There were 484 individually rigged kinetic globes that were scripted and time-coded to music. In recognition of the Galaxy’s 10th anniversary and the launch of the Galaxy S10, the kinetic lights formed into the number 10 following the flagship product’s unveiling to create impact.

And with a rigged canopy screen and walkable LED floor, the stage was constructed to replicate the “unfolding” of the foldable phone (Galaxy Fold)—“it enveloped attendees and truly immersed them in the Samsung brand,” according to Jeon.

“Press and media won’t be sharing details exclusively about the Samsung products—they will be sharing their launch experience,” says Jeon. “It’s important that show moments reflect the innovative nature of the Samsung Galaxy product line. From the state design to the inclusion of kinetic lights, to the larger than life signage and branding, our media audience had plenty of strong photo opportunities.” 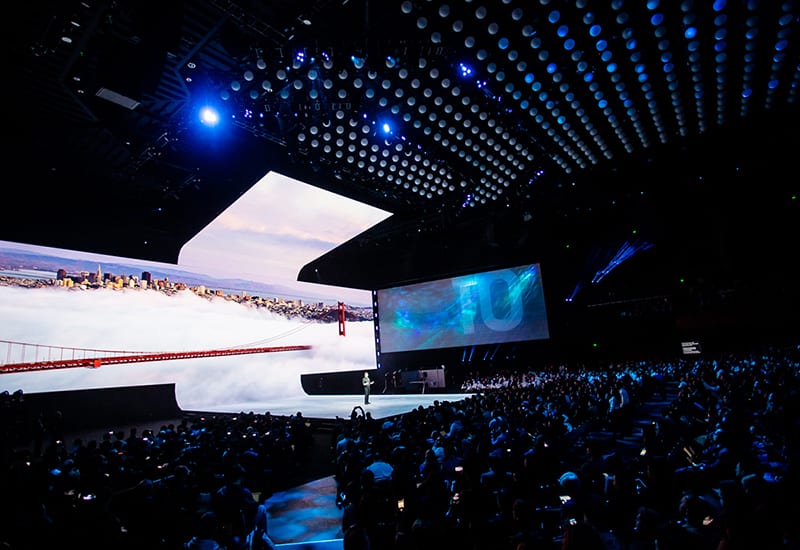 With a rigged canopy screen and walkable LED floor, the stage was constructed to replicate the “unfolding” of the Galaxy Fold.

4. The show had twists and turns.

This was the longest Unpacked show that Samsung has executed yet. Typically, product reveals account for about 60 minutes of show time. This year, that timing rose to 90 minutes due to the sheer number of products Samsung needed to reveal. Within that timeframe, there were more than 1,000 production cues the team managed—more than double the standard for a corporate show.

A video director helped storyboard the live-stream experience, taking into account what the brand had done in the past and how the venue was set up, and then, determining how to maximize the various viewpoints available. Camera angles, production moments and bold imagery helped differentiate the experience for live and virtual audiences.

5. Time to play with the products.

Once the show wrapped in the arena, live attendees then had access to a product experience center, where there were more than 550 Samsung Galaxy products on display, from phones to earbuds. Members of the media could touch and feel all of the devices, conduct live interviews and speak with product experts. Additional Samsung partners and members of the public were also invited to this experiential portion of the event, elevating the energy and conversation surrounding Unpacked.

And speaking of conversation, all in, there were 14.3 million live-stream viewers in the U.S. alone (on top of the 44 million live-stream viewers across the globe). There were more than four million views of the official event replay (and counting), and Samsung scored the No. 9 spot in the top trending hashtags worldwide during the period for #GalaxyFold. And that’s a wrap.