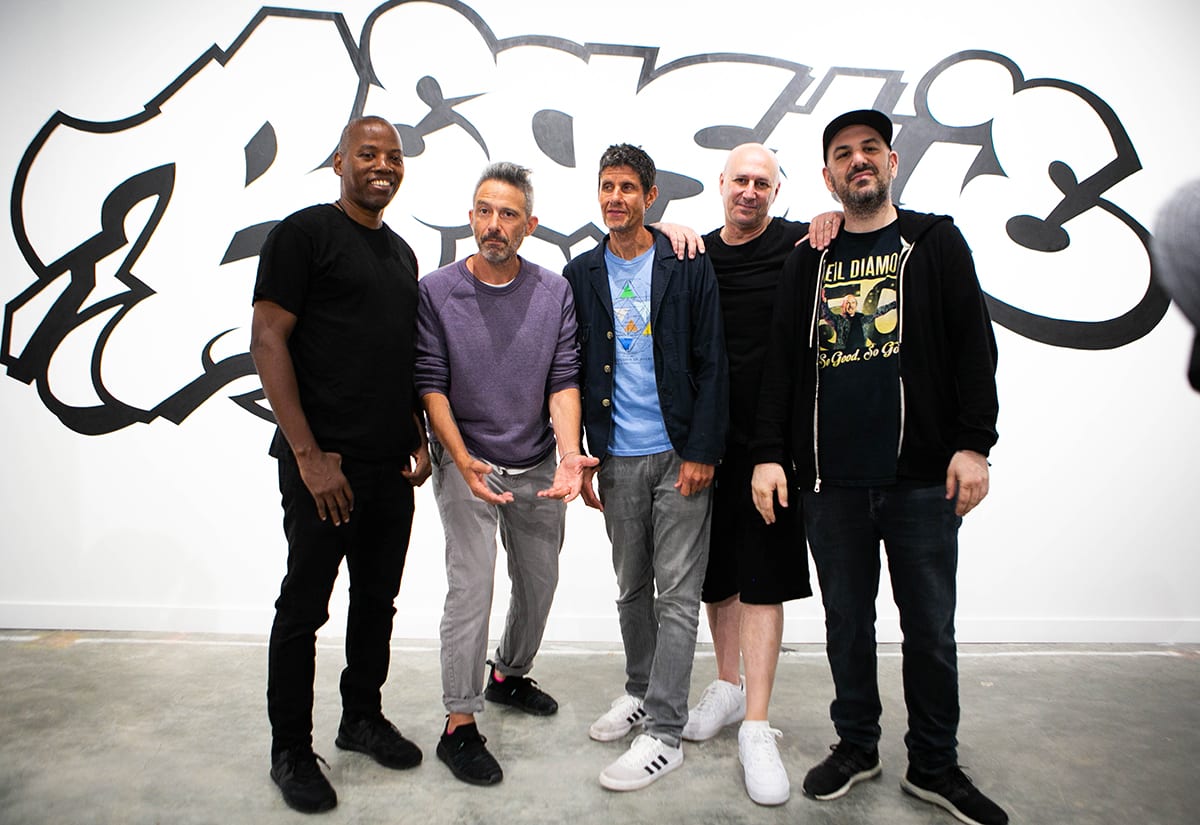 When the Beyond the Streets graffiti exhibition launched in Los Angeles in 2018, signing on as lead sponsor was a no-brainer for adidas. The brand’s deep-seated roots in skateboarding and street culture was a perfect fit for the new platform. But like any event program, the kinks were still being ironed out the first time around. This year, Beyond the Streets took over the Big Apple, expanding from a 40,000-square-foot space to a 100,000-square-foot campus dedicated to telling the story of how music, art and skateboarding led to street culture’s modern place in the mainstream, with adidas at the forefront of the narrative. To find out what it takes to evolve a sponsorship strategy, we sat down with Cullen Poythress, senior communications manager at adidas Skateboarding for insights.

Event Marketer: What initially prompted adidas’ interest in Beyond the Streets?

Cullen Poythress: adidas has a very authentic place in the history and the narrative of the evolution of street culture, specifically graffiti and street art. And that makes us a very authentic partner to have a role in the show. From a key city standpoint, both Los Angeles and New York are very important; these are the cities that major cultural movements emerge from, and showing up and being a part of those emerging conversations is where we want to be. So, we really looked at Beyond the Streets in L.A. as a sustained platform for storytelling. This isn’t a one and done type thing—we’re talking about a three-month residency in the city with all sorts of opportunities to host workshops, lectures, charity events, film screenings—there’s all sorts of things that we can do. We were really attracted to that aspect of it.

EM: How did your approach in L.A. differ from New York?

CP: Going into it in L.A., we were sort of building the plane as we were flying it. We pulled off everything well, but going into New York we were a lot more strategic in terms of, here’s a bunch of learnings we took from L.A. on what this thing can be, how it can serve the community and all of the different kinds of brand stories we can tell. We had that knowledge going into New York and we were able to do a whole lot more strategically.

EM: How has adidas’ view of the Beyond the Streets platform evolved?

CP: What we walked away [from the L.A. show] with from an adidas point of view are four pillars. First of all, it’s a new experience in street culture. It’s a living, breathing, interactive museum experience designed to educate, engage and inspire people. The second one is, it’s a world’s fair of art, fashion, music and style. It truly does speak to all of those pillars. It’s accessible, it’s exciting, it’s immersive and it’s open. The third one is, it’s authenticating and it’s adidas-owned. A lot of times when you have largescale events there are multiple sponsors. And there were—NPR was a great sponsor in L.A., and Montana spray paint—but they were sort of tertiary sponsors. In that sense, it really is an adidas-owned platform from a sponsorship point of view and that allowed us to do a lot. The fourth one is, it’s an activation platform. It’s this dynamic stage to tell all sorts of brand stories, to tell all sorts of partnership stories and social purpose stories.

EM: The Beastie Boys exhibit was the centerpiece of your sponsorship this year. Walk us through the strategy.

CP: We wanted to be as diverse as possible when we approached New York, so the big one for us was, what does a branded exhibit look like? And we achieved that through our partnership with the Beastie Boys. We did a lot of digging to find some really cool stuff that had never been seen before. Along with that, we had great photography from Glen Friedman showing the Beastie Boys not only through the ages, but wearing adidas. So, going back to our brand strategy overall, it was that adidas doesn’t need giant logos all over. We don’t need to wave our flag because we’re such a natural and integrated part of the history of this entire movement. The strategy from the beginning was, let’s allow our brand to show up naturally throughout the show.

EM: Why were free events part of your sponsorship offering?

CP: In a lot of ways, it’s what’s expected by consumers nowadays. Brands need to be focusing on delivering value beyond just commerce… We want people to be able to access this and to be able to get excited about this culture, and offer all types of different things. None of them were over-the-top expensive. It doesn’t cost a lot of money to deliver something of value, particularly when it comes to education. It can be as simple as a lecture. It just has to be, in this case, consistent and open.

EM: Why will adidas continue to sponsor Beyond the Streets?

CP: The story of graffiti, hip-hop, skateboarding culture, street art and this entire package is a story that has been begging to be told for a long time. And I think there’s something in the zeitgeist now where older generations are looking back to see what happened that led up to now—how have all of these pieces come together to produce what’s happening in modern culture?… It’s part of the American story now and I think it’s important that people understand these roots and how this stuff has shaped the American narrative from topics ranging from race to religion to sexual identity, to politics to fashion to art and music—it really is all of it. Ultimately, the whole appeal of this package is that it tells an important part of the American story that hasn’t been explored to this extent. Having adidas be a part of that story from the beginning, there’s a lot of equity there… To be alongside these great storytellers, these great artists, these great musicians that are celebrating at Beyond the Streets is an incredible opportunity.