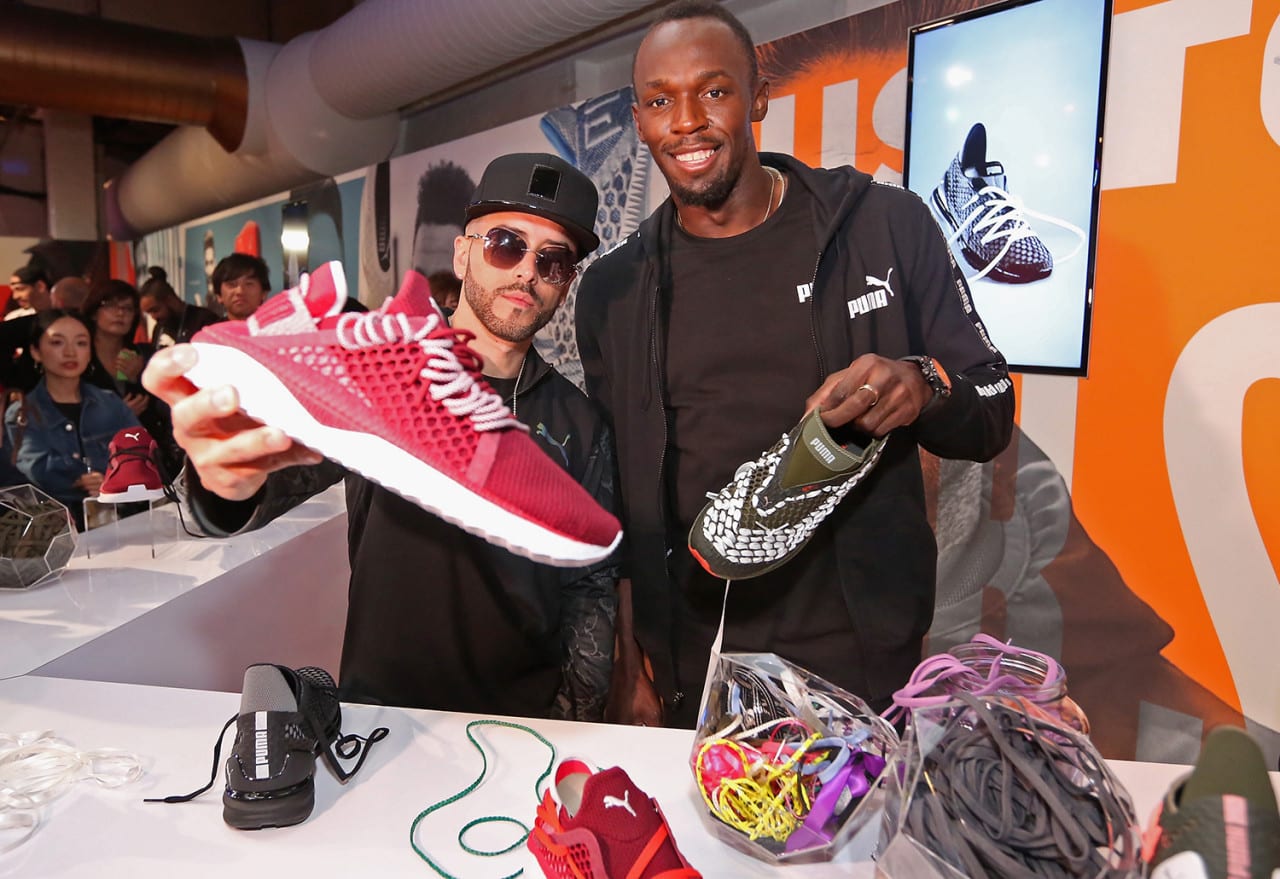 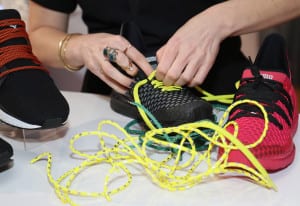 Attendees were invited to the Lacing Lab, where they could get a feel for the technology and experiment with different lacing styles.

PUMA on May 4 jumped into a launch event with both feet, introducing its NETFIT lacing technology and offering the media, influencers and sneakerheads in attendance a star-studded evening at New York City’s Altman Building. From the reveal of the new tech by the world’s fastest man, Usain Bolt, to an on-site Lacing Lab, the event’s array of engagements offered attendees a glimpse at the future of sports and lifestyle footwear.

NETFIT technology, which has been applied to a range of PUMA’s athletic footwear, is a customizable lacing system that offers myriad performance and style options. Designed to accommodate the countless ways in which individual athletes require their shoes to fit, NETFIT is comprised of a high-grade, engineered netted mesh that allows the wearer to fully customize how they lace up, whether it’s for style, performance or both. To boost awareness of the new tech amongst media and influencers at the launch, PUMA knew it had to provide attendees with interactive experiences that brought the lacing system to life, so it rolled out a team of all-stars.

The event, hosted by social media star and creative brand partner YesJulz, kicked off with the unveiling of the lacing technology by Bolt, who has been putting the system to good use while training for the 2017 IAFF World Championships in his own pair of NETFIT-powered kicks. In addition to the world’s fastest man, the experience featured dancers from the New York City Ballet, reggaeton artist and producer Yandel and demos by soccer player Bradley Wright-Phillips, and soccer freestylers Lisa Freestyle and Easy Man.

Following the stage presentations, attendees were invited to lace up a pair of PUMAs at the Lacing Lab, where they could get a feel for the technology and experiment with different lacing styles. They could also take photos using the brand’s Snapchat geofilters, and bring home a photo keepsake from the on-site hashtag printer.

“We like doing live events because you can connect with our ambassadors,” says Alberto Turincio, senior manager-consumer marketing, central marketing, at PUMA. “It’s a perfect moment for press and influencers to be part of our PUMA world—being able to speak with Usain, being able to see the freestylers right in front of you. But it’s also important for people to be able to touch the product. Now that the consumer is changing, where everything is online and you only see images, bringing the product to people is very important so they can feel it and try it.” Agency: Wasserman, New York City.