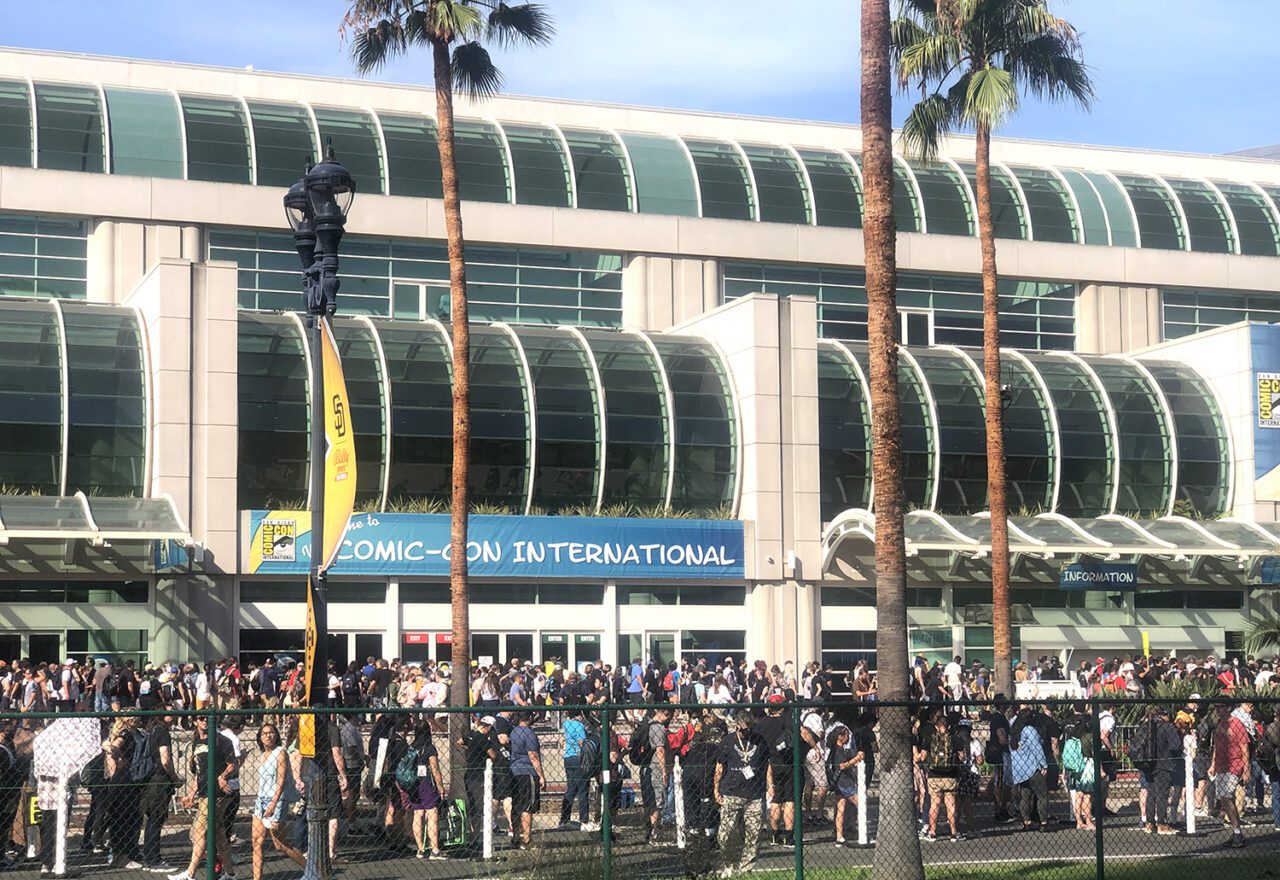 We hatched dragon eggs. We had our personal and work lives “severed.” We danced in a vampire night club. Only at San Diego Comic-Con do these kinds of phrases make sense. And EM was lucky enough to be on the ground this year for the pop culture tentpole’s grand return to in-person. After a three-year hiatus, the superfans who descended on SoCal July 21-24 came prepared to unleash their pent-up desire to connect with the communities and content they love—and many brands were waiting just outside the convention center to make it happen.

Across the city’s Gaslamp District, major players, particularly from the entertainment sector, built expansive activations that were open to Comic-Con badge-holders and non-badge-holders alike. The increasingly popular tactic ensures that at an event like SDCC, which has a certain level of exclusivity, brands are able to expand their reach and make all fans feel included (provided they’re willing to wait in lengthy lines). For a glimpse of the action, check out the photo tour below, and be sure to check back for our full Comic-Con field report.

We dipped our toes in the sand at The Audible Beach at SDCC 2022, where an international team of artists from the Sand Sculpture Company had crafted massive, themed sand sculptures that took a full week to build and required 150 tons of impacted sand. Audible leveraged the installations and accompanying audio to tout its Originals programming, including Impact Winter, Moriarty: The Devil’s Game and, naturally, The Sandman. Agency: Civic Entertainment Group. 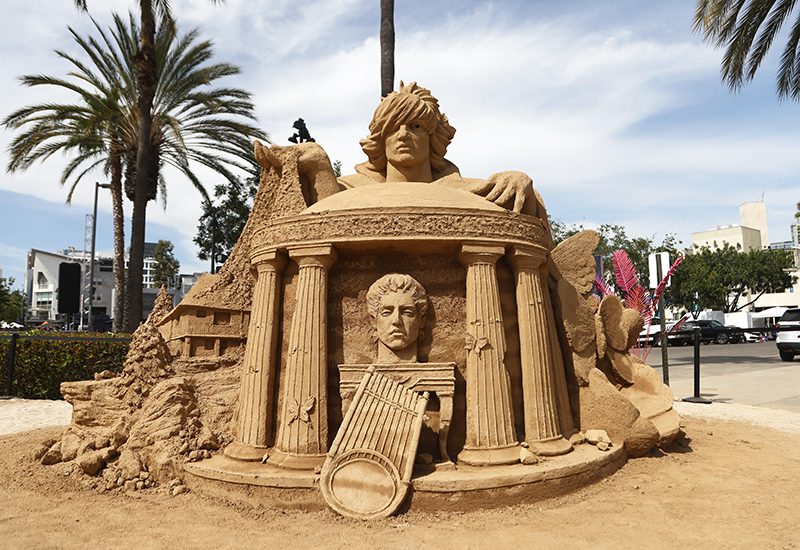 HBO promoted its new “Game of Thrones” prequel, “House of the Dragon,” with a beautifully fabricated indoor/outdoor castle and an exterior marketplace set in the show’s time period. The activation included selecting and preparing to “hatch” your own dragon egg inside the castle walls, with plenty of (fake) flames and smoke adding ambiance. We used HBO’s AR-powered companion app for the experience, DracARys, to watch our dragon hatch on the streets of San Diego, post-event. His name is Somakenya, thanks for asking. Agency: Giant Spoon. 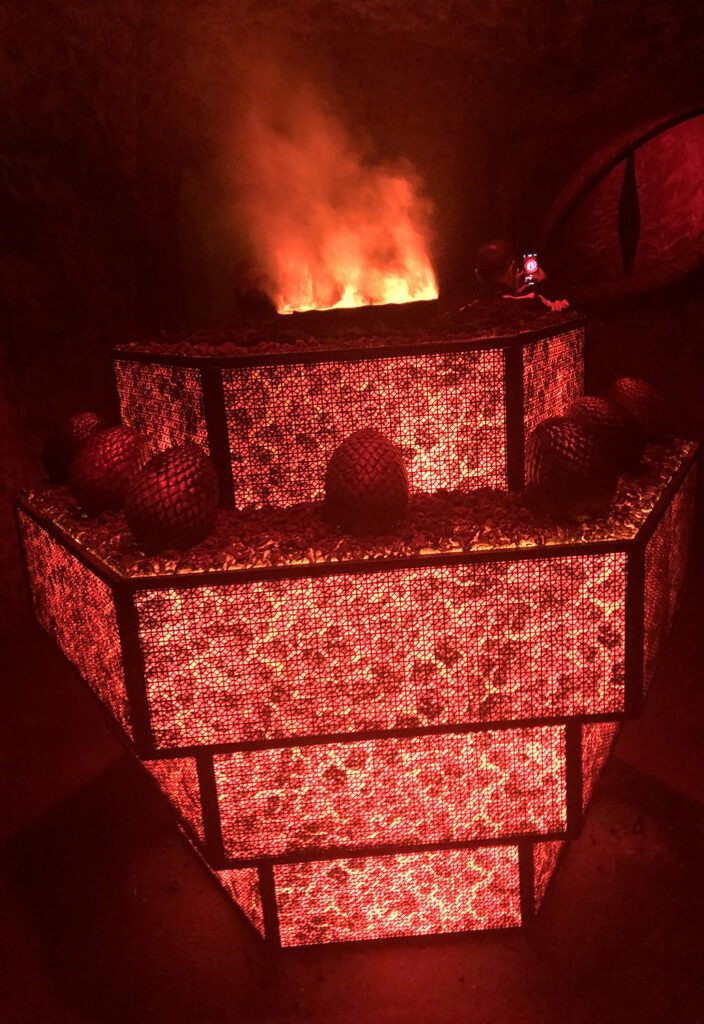 FX and its large-scale activations have been a mainstay of Comic-Con for the last several years and for 2022, the network turned 100,000 square feet of space outside the Hilton San Diego Bayfront into a walkable labyrinth chock-full of fan delights and frights, like walking trees and real-life versions of the “dolls” from the second season of “American Horror Stories.” This is also where the aforementioned vampire night club was located, offering fans of “What We Do in the Shadows” a 360-degree video moment. Agency: Creative Riff. 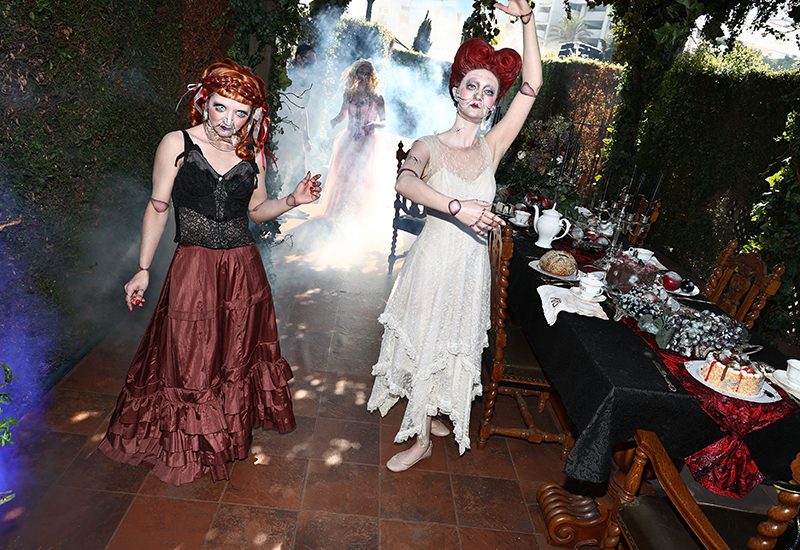 You couldn’t miss the colossal Hard Rock Hotel building-wrap promoting Apple TV+’s original series “Severance” if you tried, but the activation that took place inside packed just as big of a punch. It’s there that we went through employee training at Lumon Industries and experienced many of the hallmarks of the series’ first season, from the orientation room where we received our new work names, to the Wellness room, where a live actor offered some facts about an attendee in our group’s “outtie,” aka the person she is outside of the office. Agency: GDX Studios (building wrap). 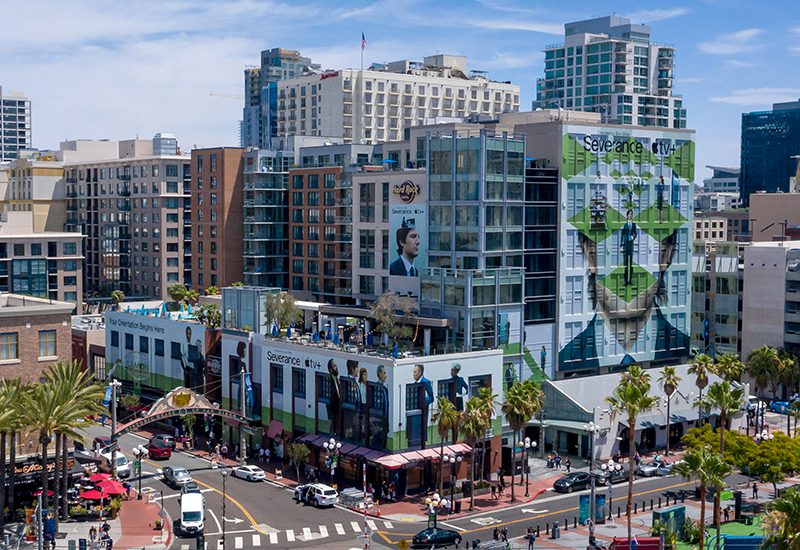 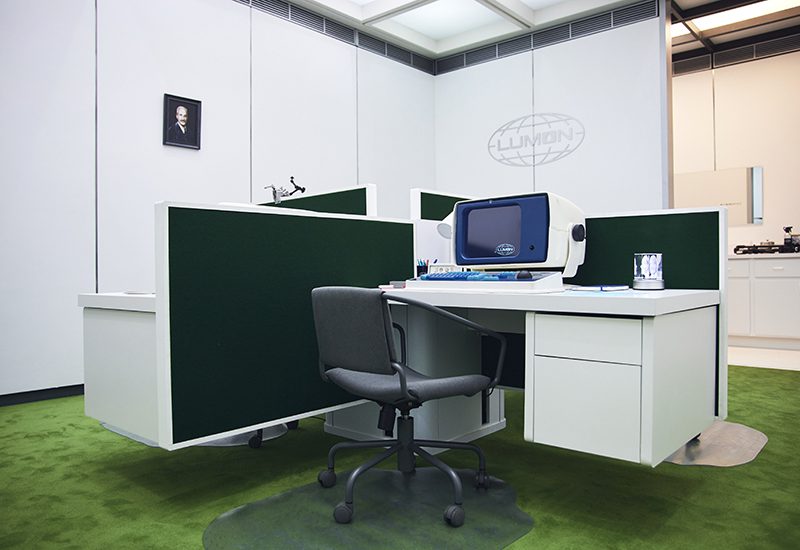 This fall will mark the 11th and final season of AMC’s hit series “The Walking Dead,” so the network hosted a nighttime fan celebration on July 22 featuring some of the most iconic scenes and characters from show. In addition to a showcase of real props from the actual “Walking Dead” set in Georgia, zombie makeup stations, a dj and a custom content reel offering heartfelt anecdotes from the show’s cast, the event featured live actors roaming as “walkers” in full makeup and costume. Agencies: 3CS, Campfire. 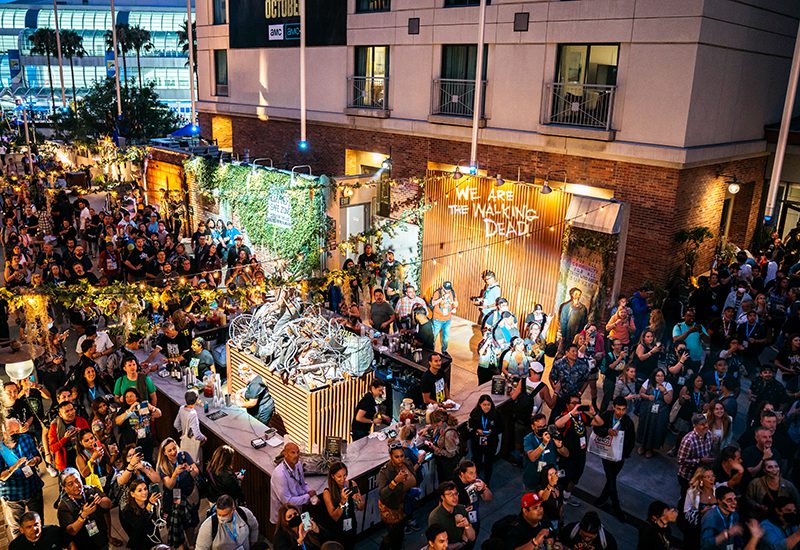 Although it was slightly off the beaten path, it didn’t take long for lines to form around the Dungeons & Dragons: Honor Among Thieves Tavern, which was home to a 20-minute multisensory experience that provided a rare peek inside the upcoming film from Paramount Pictures. In addition to sipping glowing green mugs of Dragon Brew, attendees could explore the immersive tavern environment, catch looping clips of key characters from the movie on smaller screens and turn to a massive center screen to watch a dragon roar to life with lighting effects and smoke. We even got selected for a secret D&D experience following the main tavern activation. Stay tuned. Agency: NVE.