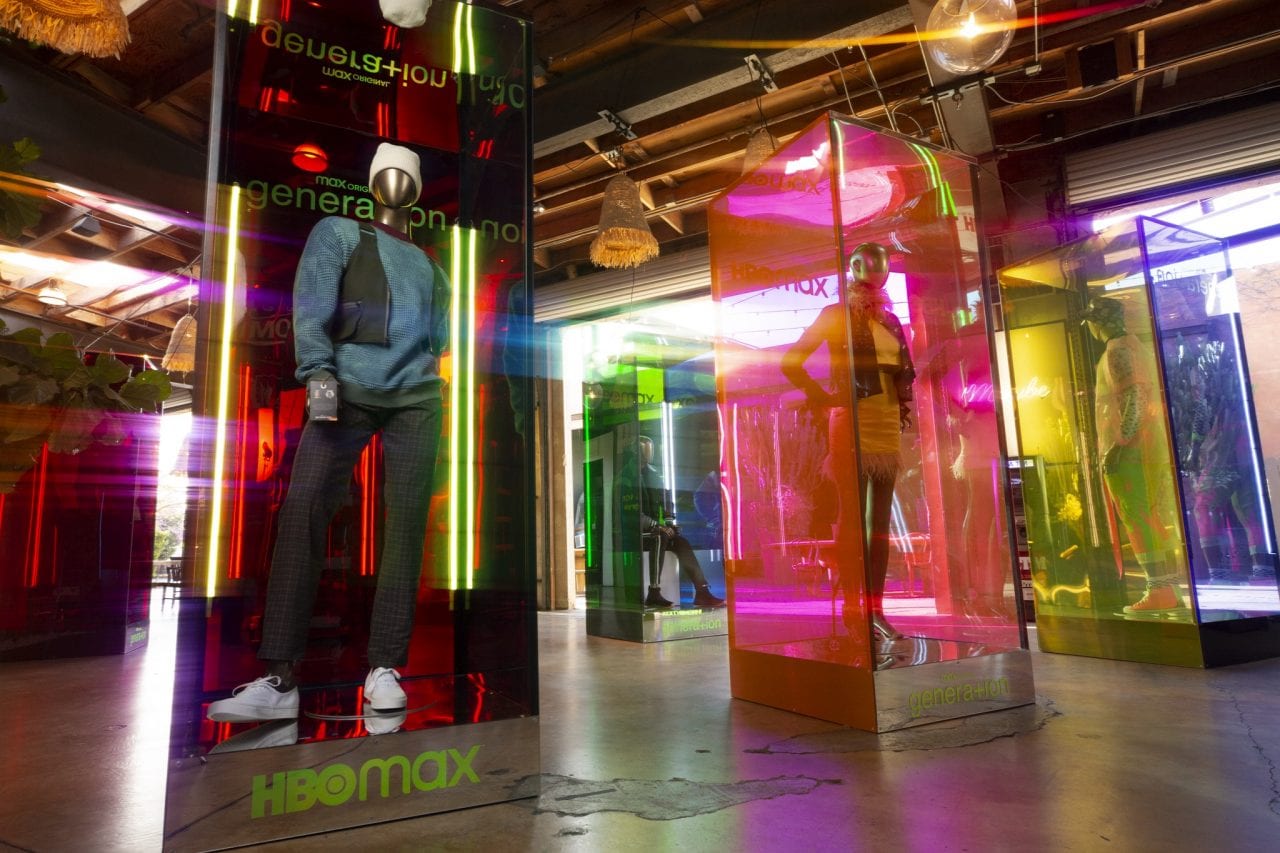 To promote its new show Genera+ion, the streaming service worked with fashion school students to create looks for the central characters

For a series whose premiere episode prominently features a rainbow-striped crop top, using a fashion installation as a marketing vehicle seems more than fitting.

But to promote HBO Max’s Gen Z-targeted show “Generation,” there had to be a twist. The streaming service invited students and alumni of Fashion Institute of Design & Merchandising to create looks for the eight principal characters and is displaying them at the Genera+ion Un-Fashion Showcase running April 2-12 at The LAB in Orange County, CA. (The show’s name is stylized with a + instead of a T.)

“When you watch the first episode, you get the idea that the series taps into themes of self expression and being your own individual and not fitting a label. We wanted to figure out on the marketing side how to tap into that in a way that’s authentic to a younger audience, and that theme of self expression really lends itself well to fashion,” says Andrew Meengern, director-integrated marketing and strategy at HBO Max.

The showcase is deliberately not a high-fashion, highly produced runway experience. Instead, HBO Max wanted it to be accessible—the installation is open to the public—and relatable to a Gen Z audience.

Under the direction of the show’s costume designer, Shirley Kurata, 16 FIDM students and alumni had two weeks to design looks for the show’s diverse characters, whose looks varied from outré club kid to preppy to romantic. Midway through, they shared sketches with Kurata for feedback and then submitted a video presenting their finished concept. Kurata selected eight looks that she felt best represented the characters, which the designers fabricated for the showcase.

HBO Max commissioned New York-based artist Mason Webb to design the installation itself. Webb created eight column-like glass display cases tinted in neon shades with a clear column in the middle where fans can snap selfies surrounded by the looks.

“We wanted to make sure the installation was eye catching but grounded in the idea of, ‘How do we make this a super Instagrammable moment to increase the shareability,’” Meengern says.

The digital strategy included bringing in photographer Myles Loftin to shoot the installation and NYLON magazine as a media partner. Loftin’s digital look book will be featured on NYLON’s Looks of a Genera+ion digital content hub. “It’s also a high-profile way to give students that payoff,” says Meengern.

HBO Max timed the installation to open the day after the finale of the first half of the season, although the episodes will remain available to stream. The show premiered March 6 with a virtual event that included a screening of the episode and a dance party with the DJ Amorphous.

“It’s a good way to bridge the gap between the first half and the second half,” Meengern says of the installation. “It’s hitting the moment when word of mouth is starting and people have some awareness of who these characters are.”

Creating a public event as the country is still battling the coronavirus pandemic and restrictions on gatherings week by week was tricky. As an indoor/outdoor mall, The LAB felt like a safe choice. “The venue was crucial in alleviating a lot of fears,” Meengern says. “Anything fully indoors would have been a non-starter with us” (CSM Sport & Entertainment, New York).