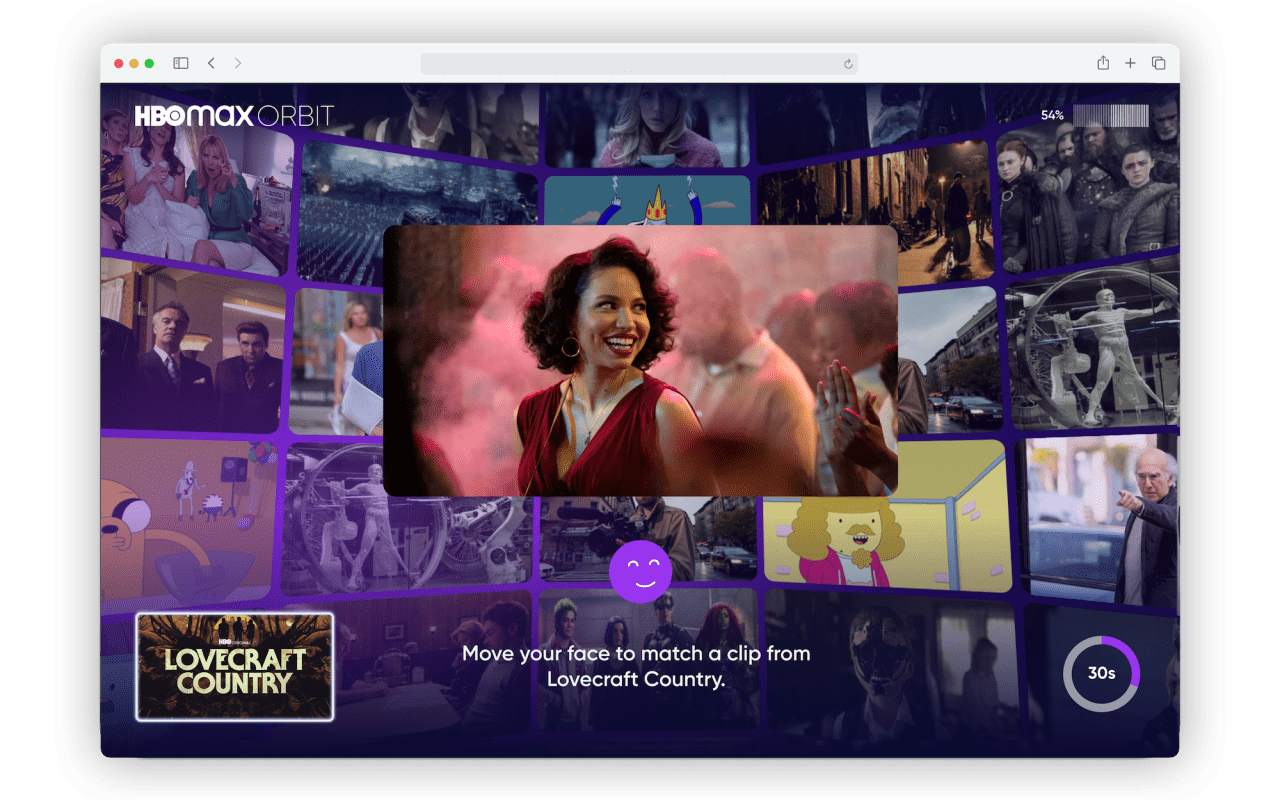 HBO consistently creates epic fan experiences on the ground during SXSW, from a 90,000-square-foot replica of “Westworld” to a cause marketing campaign with the Red Cross that urged attendees to literally “Bleed for the Throne.” For its 2021 experience, the network leaned on the fact attendees have consumed a record amount of content at home this year. So, HBO Max debuted a multisensory digital experience, HBO Max Orbit, to highlight its extensive library among the influential SXSW audience.

Leveraging facial recognition technology as a means to navigate the digital world, participants explore scenes from the platform’s collection of series and films. The goal: to highlight the platform’s vast library while allowing attendees to carve out their own journeys.

“HBO Max Orbit allows audiences to explore and interact with thousands of iconic moments, characters and stories from our extensive catalog in a personalized, intuitive way,” says Jason Mulderig, svp-brand marketing at HBO Max. “It was the perfect opportunity to engage old fans and introduce new fans to all of the premium content we have available on the platform.”

More from the HBO archives:

That content includes more than 150,000 scenes lifted from HBO, Max Originals, Warner Bros., DC, Cartoon Network and others. Also featured are design elements from the Warner Bros. film “Godzilla vs. Kong,” which is debuting simultaneously in theaters and on HBO Max on March 31.

Viewers used facial movements to access exclusive frames from the film, accompanied by a loud roar that appeared to “shake” the entire experience. They navigated the HBO Max catalogue by looking left and right and in some instances opening their mouths to unlock hidden content. Specific clips triggered a “challenge mode,” which prompted users to use facial movements to find clips with a certain title or speak a phrase from a particular show, all within a set timeframe. Those who successfully completed the challenge gained access to additional frames from the clip.

The brand will also activate an in-person installation to complement the digital one at select AT&T flagship stores throughout April. But in addition to facial movements, the in-store experience will leverage skeletal recognition technology and voice prompts while viewers navigate an immersive, 360-degree audio-visual chamber inside the activation footprint.

HBO has leaned into other high-tech experiences to engage consumers during the pandemic. The debut of the series “Lovecraft Country: Sanctum” leveraged social VR to transport influencers to virtual escape rooms, art installations, puzzles and a live concert from Janelle Monáe. And for the launch of “His Dark Materials’” second season, the streaming platform created a wellness app that led users through an immersive journey inside the world of the series.

“Given our history of partnership with SXSW and its impact amongst audiences at the intersection of entertainment and technology, we didn’t want to miss this year,” Mulderig says. “Even if fans weren’t able to gather in Austin again, we were pleased to create the kind of fun connections fans expect from SXSW in a safe, virtual setting” (Agency: HUSH, New York City).