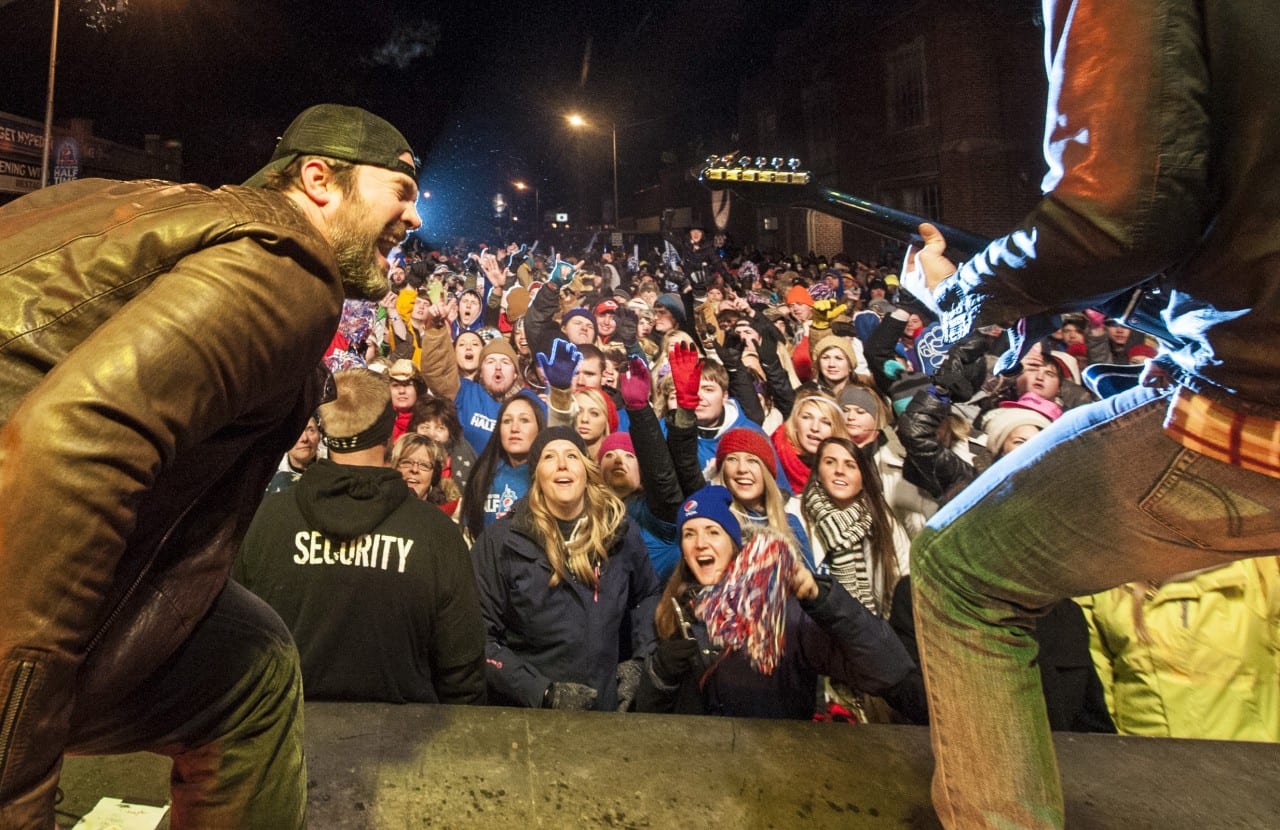 Pepsi on Jan. 4 surprised the 300 residents of Milligan, NE, a farming community located at the geographic halfway point of the U.S., with a concert by country singer Lee Brice. The concert, as part of Pepsi’s Get Hyped for Halftime campaign, is one of a series of events planned by the beverage brand to promote the Super Bowl XLVIII Halftime Show, which took take place on Feb. 2 and starred singer Bruno Mars.

Pepsi teased the concert for three days in advance of the show. Pepsi machines installed on street corners and even way out in cornfields dispensed free cans of the soft drink and touted Get Hyped for Halftime. Deliveries to homes and businesses and signage up and down Main Street added to the mystery, which spread to social media and drew the attention of local TV and radio stations. By Saturday evening, when a Pepsi delivery truck rolled into town and a local marching band opened for the surprise performance, thousands of Nebraskans had flocked to the tiny town. The show concluded with the largest fireworks display in Milligan’s history. Footage from the activation was uploaded onto YouTube where it has ranked among the most shared videos during the past two weeks.