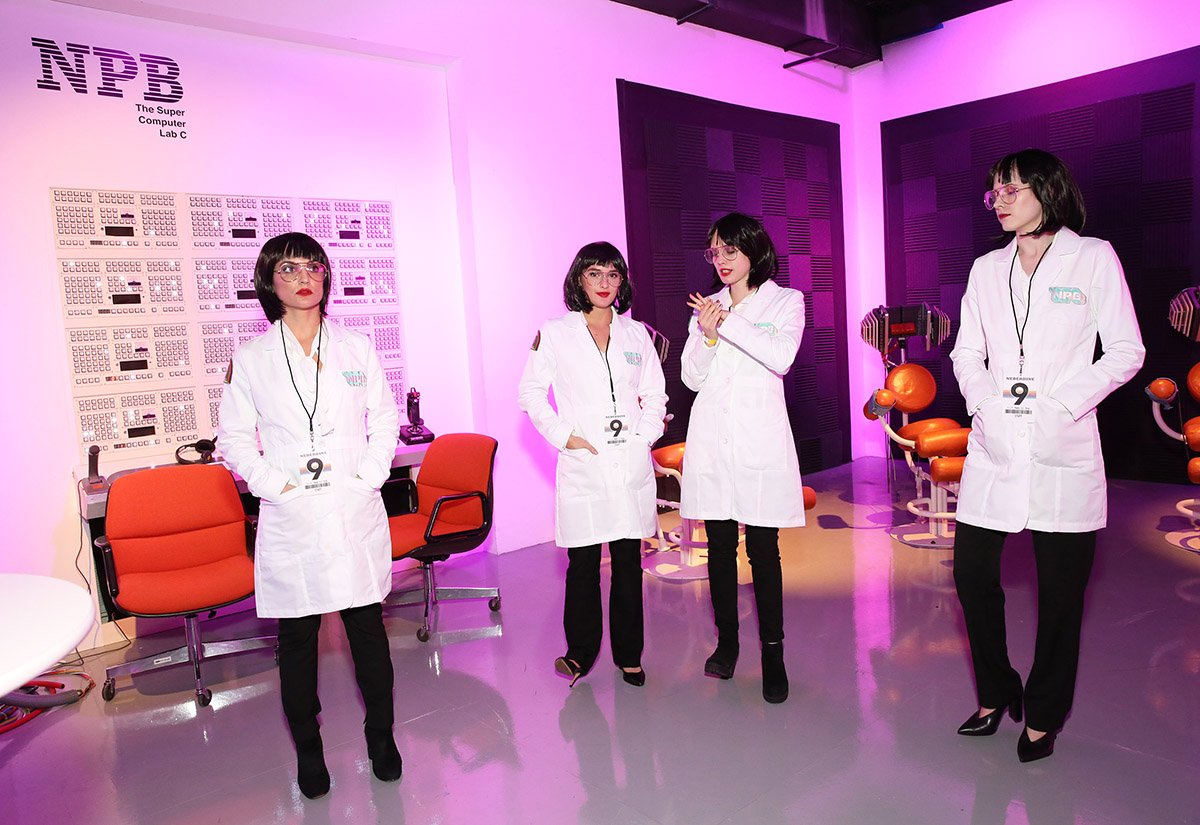 A typical movie or series premiere tends to follow a familiar format. There is the red carpet walk ahead of the event and then a cocktail hour before the screening. Finally, food is served, drinks are imbibed and a party with an influential crowd ensues. But in the case of Netflix’s new buzz-worthy series “Maniac,” which follows two troubled strangers (played by Emma Stone and Jonah Hill) who volunteer for a radical pharmaceutical treatment and consequently embark on a surreal journey of the mind, experiential was the only way to go.

“’Maniac’ is such a visually rich show, so the goal was to create a complete, interactive experience to transport people into that world,” says Amanda Van Goethen, manager of events at Netflix. “We really wanted to bring them into that world and give them a one-of-a-kind experience that they’re not going to get at a normal L.A./New York premiere.”

Set in a version of New York City in the (arguably) dystopian near future, the mind-bending series is chock full of details that belong only to that world—from a pharmaceutical lab facility to an empathetic supercomputer to mini sanitation bots that roam the city streets. By re-creating such details and more, Netflix invented an immersive experience freely explored by press, talent, producers and Netflix employees on Sept. 21, followed by a second event the next night attended by a guest list curated by media partner Hypebeast. Here’s a look at the event’s myriad minutia that helped transport guests into the world of “Maniac.” Agency: Pen&Public, Los Angeles.