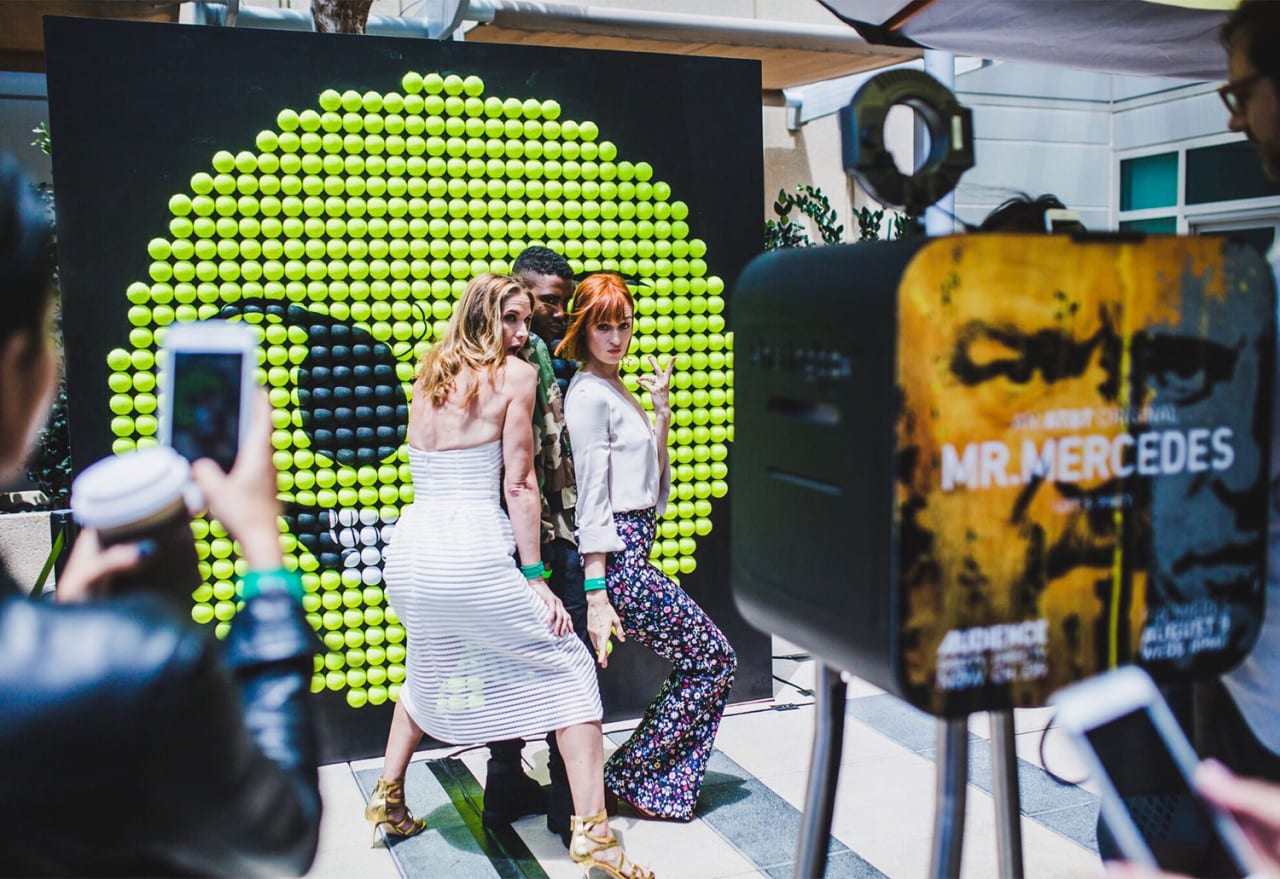 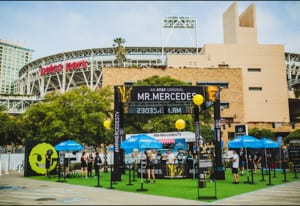 From the Wired Café to Petco Park, even on the city streets, “Mr. Mercedes” was hard to miss.

“Mr. Mercedes,” the killer new series on AT&T’s Audience Network based on the best-selling Stephen King novel by the same name, in July also made a killer impression at Comic-Con International: San Diego. The drama, which debuted on Audience Network on Aug. 9 and will run through 10 episodes, served up digital and physical engagements that immersed attendees in the cat-and-mouse chase between the show’s main characters—the retired police detective Bill Hodges and the demented psychopath, Brady Hartsfield, who taunts him with lurid letters and emails.

“We wanted to drive awareness and tune-in for the show, and also because it is based on this Stephen King book, we felt like the attendees at Comic-Con are kind of that perfect target—they are Stephen King fans, and we wanted to get them excited about it, but also to give them an experience they would enjoy and be able to take home with them,” says Lisa Pue Chinery, head of marketing, AT&T Network.

Here’s how the network did just that.

From the Wired Café to Petco Park, even on the city streets, “Mr. Mercedes” was hard to miss. At the Wired Café, an invitation-only space primarily for media and industry folks, a device wall showcased elements of the series and ran original content (Glass Eye Screenworks, Atlanta, handled). A small installation filled with prop pieces from the show, including Brady’s fire engine and clown mask, replicated Brady’s basement, where the evil psychopath executes much of his spying on Detective Hodges. In keeping with the spying theme, a camera there captured creepy surveillance footage of attendees passing by and inside the Wired Café.

The activations continued outside the café as well. Double-decker buses wrapped as ice cream trucks, a reference to Brady’s occupation as a part-time ice cream vendor, played eerie ice-cream truck music as they plied the streets. At the Petco Park Interactive Zone, the network sponsored a “Mr. Mercedes” t-shirt making station. Fans also could pose for photos in front of a wall of tennis balls, another reference to the show’s plot. Attendees received a print of the photo and an email version for social sharing. The AT&T retail store on Broadway, decked out with imagery from the show, distributed tickets to a fan brunch at the Wired Café as well as free ice cream.

At Petco Park, a branded social vending machine wrapped with “Mr. Mercedes” key art messaging rewarded fans who posted to their social media sites with stress balls, fidget spinners that illuminated and said “Mr. Mercedes” when spun, and other prizes. Also cool: the collectible pins, which are a favorite among Comic-Con attendees. Fans could earn four of the “Mr. Mercedes” themed-pins by participating in the activations and could score a fifth by attending either the fan brunch at the café or a SDCC panel held in the convention center, which included a Q&A with the show’s cast and crew, along with exclusive sneak previews.

And then there was the Mr. Friendly Frosteez ice cream truck that distributed ice cream to fans. Yet another reference to the show and a cool treat. Agency: NCompass, West Hollywood, CA.