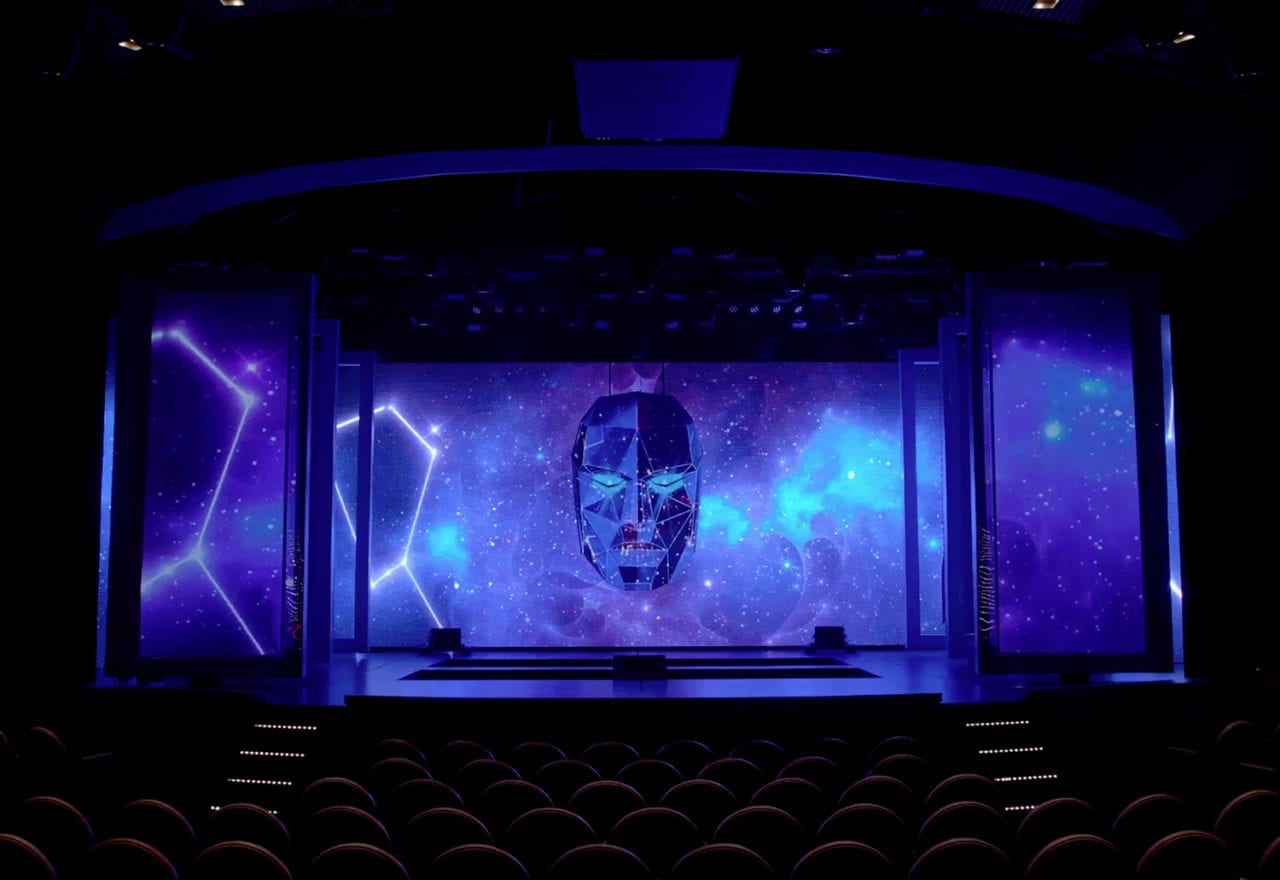 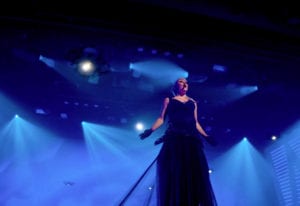 The show features the first live drone performance at sea.

The logistics of producing high-tech experiences at sea are complex to say the least, but Princess Cruises didn’t allow those limitations to dictate its vision for a futuristic entertainment experience. Instead, the brand went above and beyond, and strove for an industry first.

“Everyone wants to be the next industry first, no matter what department that they work in and we’ve created that with ‘Fantastic Journey’ in entertainment, having an industry first featuring the drone show at sea,” says Mark Simons, director-new builds and special projects at Princess Cruises. “But it’s not just entertainment [being fueled by technology]; it’s every aspect of cruise operations, whether it’s the navigation or the engine room safety monitoring or even dining reservations. Everyone is trying to adapt land-based technology onto ships. Guests don’t want to go on vacation and stand in line to order a drink or food. They want the answer in the palm of their hands on their mobile device. We’re in a digital world of connectivity now and technology is really elevating the cruise experience year after year. And at the forefront of that is entertainment.”

“Immersive” is an industry term that gets tossed around often, but as attention spans continue to shrink, fully immersing attendees in the content is a critical component of modern entertainment experiences.

Among the many moving parts that comprise the “Fantastic Journey” experience are six automated “doors,” or panels reaching about 14-feet-high and 6-feet-wide that rotate, join and separate into infinite shapes during the show. Each scenic panel features extensive low-resolution LED lights on one side, and an opaque projection mapping surface on the other. Princess leverages a 4K projector that produces 27,000 lumens to project media onto the panel surfaces, while two aluminum projectors that produce 31,000 lumens each project content onto the theater’s walls. Altogether, the technology components create a 270-degree projection-mapped environment that envelops the audience throughout the show. 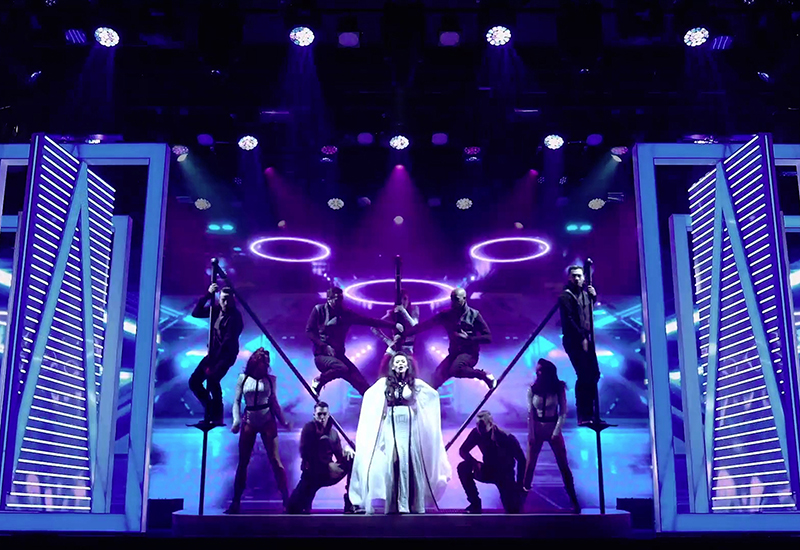 Featured in the experience are six automated panels that rotate, join and separate into infinite shapes.

Planning ahead and being prepared is half the battle in producing live events, but when it comes to technology, you’ve got to think even further ahead. That rings especially true for Princess Cruises, which designs its ships three to four years before the vessels actually set sail—an eternity in the tech world.

“With technology constantly changing, you’ve got so much research to do,” says Simons. “In three or four years, technology changes so quickly. So you sit there and think, ‘OK, I’m looking into the future now. When we’re designing this venue or when we’re designing these entertainment systems, what is going to be out there in four years’ time that we need to consider putting into the design of the ship?’ … It takes a long, long time and a lot of people to put on a show like this. But the hard work pays off in the end when we actually see the show and guests rave about it.”