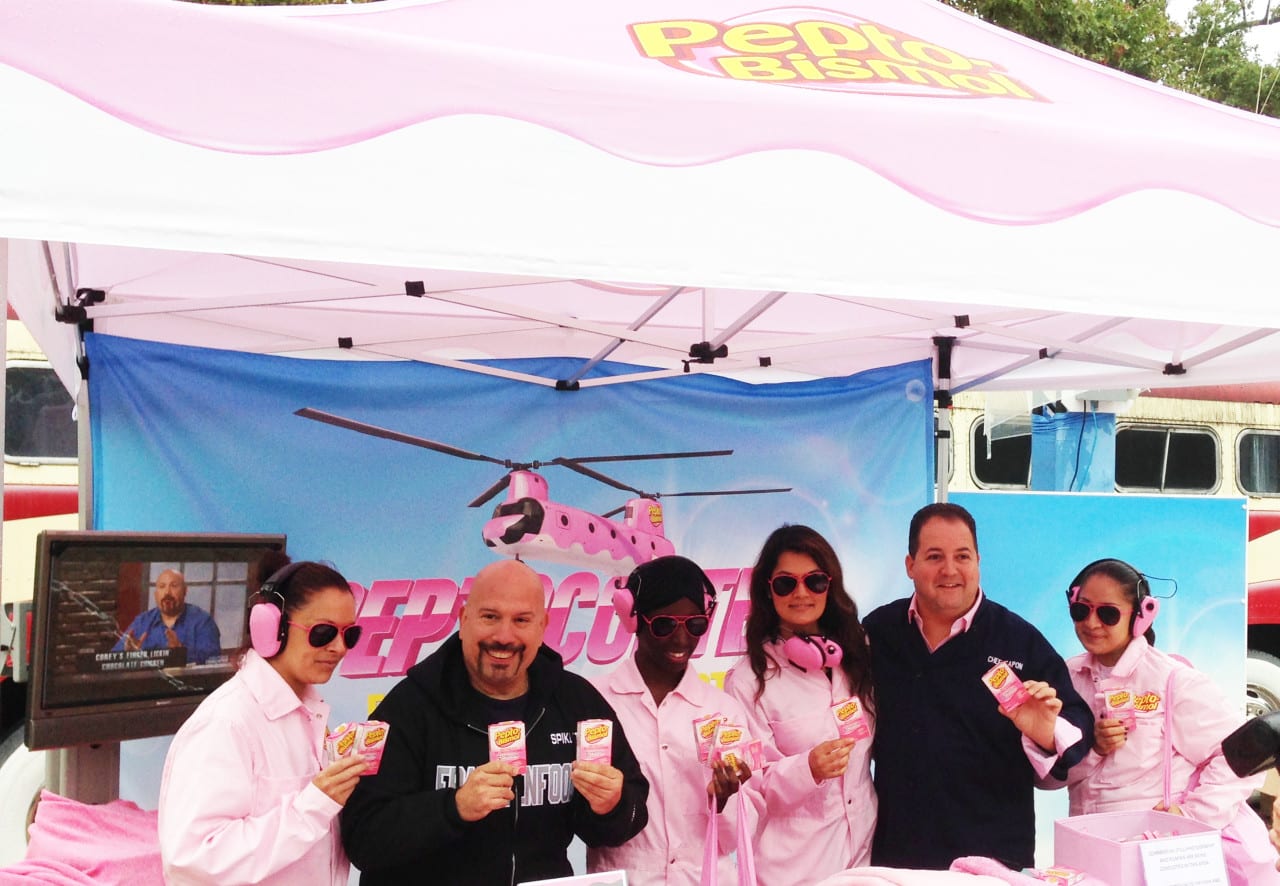 Six Flags amusement parks host Halloween Fright Fest events every year at select parks, but this year, attendees at four of the parks will find relief for their queasy stomachs thanks to Pepto-Bismol’s Peptocoptor, a miniature cargo drone that drops product samples on needy consumers. The signature pink chopper began dropping samples at its first tour stop on Oct. 11 at Six Flags Great Adventure in New Jersey. The tour continued to Six Flags Great America in Chicago on Oct. 18, and will stop at Six Flags Magic Mountain in Valencia, CA on Oct. 25 and will wrap up at Six Flags Over Texas on Nov. 1.

The brand teamed up with Spike TV “Frankenfood” hosts Josh Capon and Tony Luke Jr. to create a new fair food to tempt fairgoers, which they dubbed the Frank’n Bacon Funnel Dog. The snack is designed to be delicious and tempting, but is sure to be tough on the tummies of some fairgoers. They won’t have to suffer, though, since all they have to do is go to Twitter and post “Tweet for Relief” and Pepto-Bismol will be delivered via the Peptocopter street team.

“We are happy that we are able to liberate consumers from stomach upsets with Pepto-Bismol while at the park, so they can get back to the fun and thrilling experiences Six Flags has to offer,” says Phil McWaters, associate brand director, North America Personal Health Care at P&G. “Both Pepto-Bismol and Six Flags want people to celebrate life, so our partnership was a natural fit.” Agency: MSL Group, Chicago.