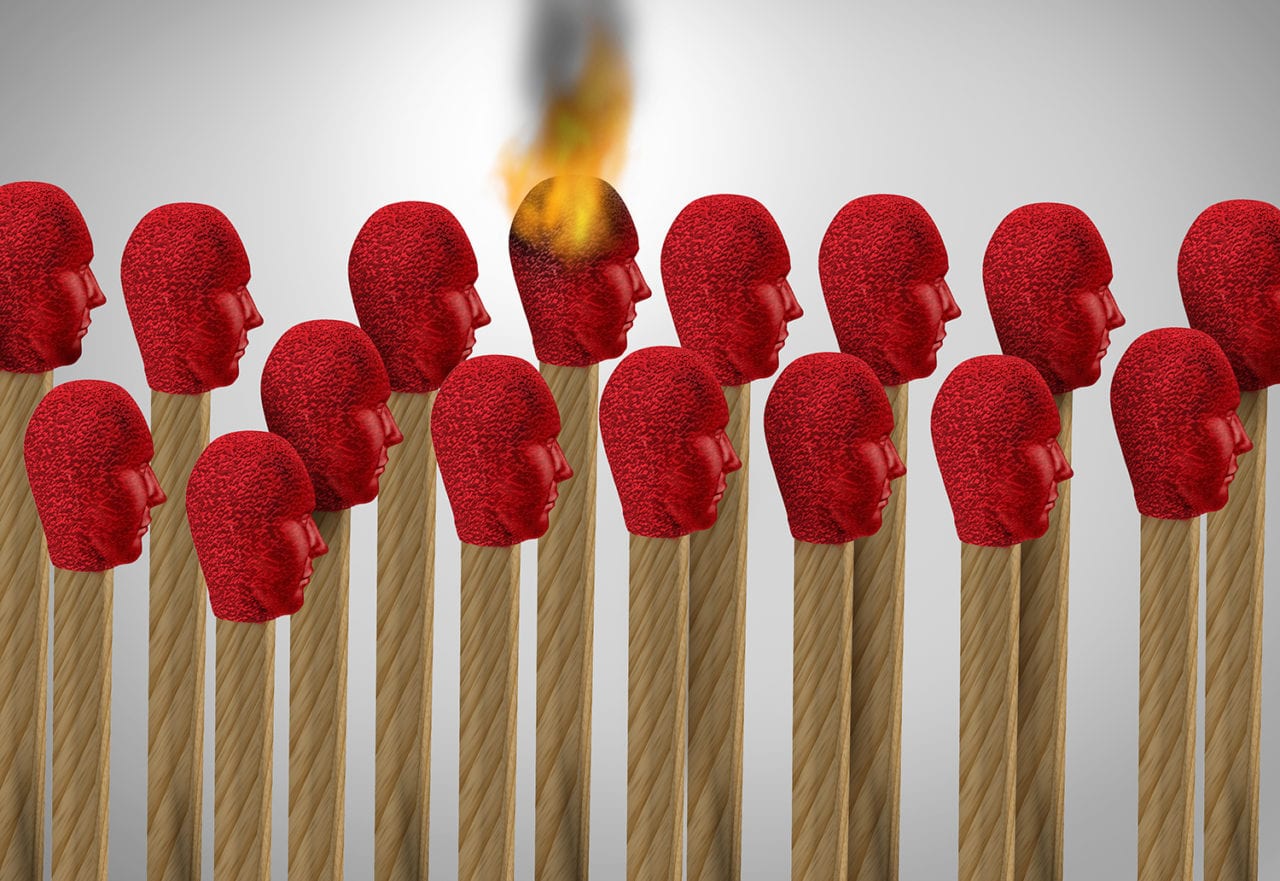 How Marketers Responded to the Doomed Fyre Festival—and its Documentaries 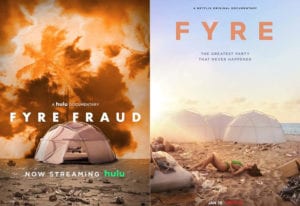 If there’s one word that defines the power of influencer marketing, it’s authenticity. But in the wake of fraudulent sponsorships, a lack of transparency in paid social posts and, of course, 2017’s doomed Fyre Festival, both consumers and brands are losing faith in the once-bourgeoning channel. That growing distrust can, in part, be attributed to not only the Fyre Festival fiasco itself, but two recent, eye-opening documentaries that revealed what happened behind the scenes of the failed affair, including the organizers’ influencer strategy.

Some believe the fate of the industry may depend on how quickly brands and their influencer partners clean up their act. That means avoiding surface-level, one-off partnerships in favor of long-term relationships with influencers. And making sure influencers are adhering to the FTC guidelines, which the government is watching more closely than ever, thus eliminating the “grey space” that used to exist.

Naturally, the documentaries had marketers buzzing, so we surveyed the landscape to glean insights on how the industry is responding to the documentaries and the opportunities to reassess the space that grew up so quickly as a result. Here’s what we uncovered.

1. The industry is still counting on (and spending on) influencers.

The idea that a brand-new festival (featuring zero sponsors) could generate the level of hype that Fyre Festival earned in such a short time says a lot about the power of influencer marketing at large. And despite the fiasco, the space is as strong as ever. According to Mediakix’s 2019 Influencer Marketing Survey, 80 percent of marketers stated that influencer marketing is an effective tactic, and 65 percent reported plans to increase their influencer budgets in 2019.

2. The viral nature of the documentaries is telling. 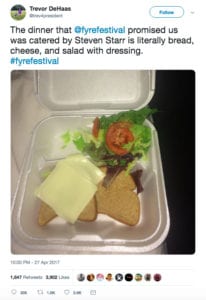 The infamous Twitter photo that most attribute to the Fyre fiasco going viral.

The Fyre Festival debacle may have taken place in 2017, but thanks to the widespread consumption of the Hulu and Netflix documentaries, both of which were released this past January, the cultural phenomenon lives on—and so do the marketing opportunities to capitalize on it. It seems the public can’t learn enough about an event that went so very wrong.

Entertainment company SelfieCircus, for instance, trolled the festival’s organizers with a pop-up “Fyre Experience” in an abandoned cupcake shop in Beverly Hills in late January. The stunt featured photo ops with cardboard cutouts of the influencers who promoted the festival, along with its condemned creator, Billy McFarland; a baby dressed up like Ja Rule; a plane installation featuring a replica of the viral cheese sandwich photo from the real festival; and a pool of Evian water bottles with T-shirts to match (a nod to a scandalous moment revealed in the Netflix documentary). The pop-up lasted a single day before, right on par with the real event, it was abruptly “cancelled.”

Similarly, Shutterstock capitalized on the craze by recreating the infamous Fyre Festival promo video using nothing but stock footage, again highlighting just how easy it was for the event’s organizers to dupe consumers by spending more money on promotion than the event itself.

The majority of consumers, and even brands, tend to blame the influencers that promoted Fyre Festival for the entire debacle, noting that the tastemakers “should have known” the event was shrouded in fraud and impossible logistics scenarios. Kyla Brennan, founder and ceo at New York Times social storytelling agency HelloSociety, begs to differ.

“It’s interesting that people want to find blame with the influencers even more than they do with the investors,” Brennan says. “Everyone says, ‘Shouldn’t they have done more diligence, shouldn’t they have known it was going to happen?’ Honestly, in this particular situation, I couldn’t think of any more due diligence I’d have the influencers do. They met the founder, they met the visionaries, they met the entire team that was executing this. They spent multiple days with them hearing first-hand about all of the plans. They got a very luxury experience, so they had no reason to think that this wasn’t going to be exactly what it was supposed to be.”

4. Micro-influencers are the new stars.

One of the most telling insights from the documentaries surrounded the infamous cheese sandwich Twitter pic that most attribute to the fiasco going viral. It was snapped by an attendee, @trev4president, who at the time boasted only a few hundred followers (now, as a result of the documentaries, he has about 917). For marketers, it represents a big lesson in how to view influencers in terms of quality versus quantity.

According to a study by Econsultancy, the impact and engagement rate of micro-influencers, who generally have between 10,000 and 100,000 social media followers, now surpasses that of personalities with larger followings—and 61 percent of consumers say they produce the most relatable content.