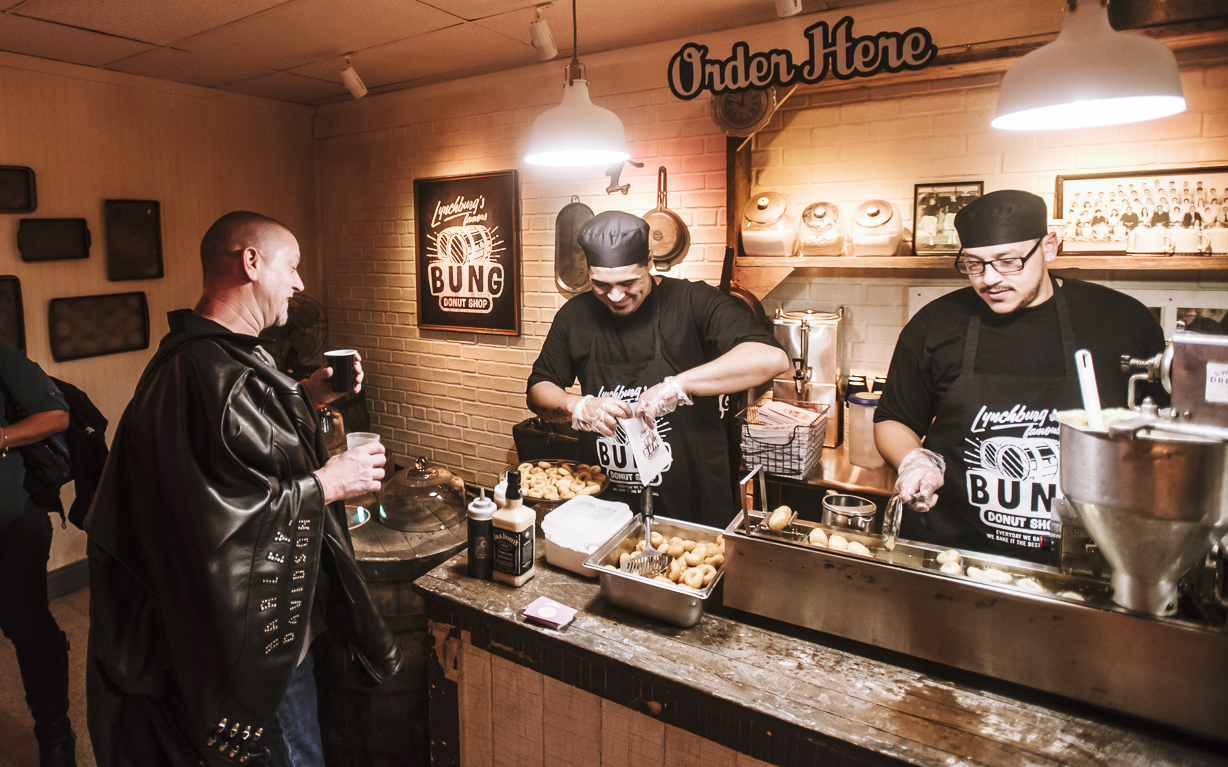 Jack Daniel’s, the world’s best-selling whiskey brand, launched Motel No. 7, a pop-up experience that on its opening night in Brooklyn became the top trending hashtag in New York City. In addition to music, local lifestyle and an immersive brand experience, the event leveraged a key insight about its target consumers that allowed the brand to surpass its attendance goals and achieve record social sharing.

“We know today that consumers now more than ever are looking for experiences, they are looking for moments of delight, tangible face-to-face interactions with old friends and new. That’s where we saw a space for Jack Daniel’s to provide these key moments all under one roof,” says Jesus Ostos, U.S. brand manager at Jack Daniel’s.

Experiential marketing isn’t new to Jack Daniel’s. What is new: building an experience that attendees felt compelled to share. Here’s how Jack did it over the two-night activation in Brooklyn.

The moment attendees checked in at the “office,” they entered the world of Motel No. 7, with its uniformed bellhops and leather-clad housekeepers and more than 25 photo shareable engagements. Jake the Janitor, closeted in his supply room, had guests pull up a cot and join in games with luggage from the Lost and Found. Swimsuit-clad Pool Sweethearts beckoned guests to take a dip or lounge poolside with a cocktail. Guests could spin the style wheel in the Rock Salon for a makeover, while the Royal Suite offered a glitzy take on the photo op, with participants reclining on white shag carpeting against a backdrop of gold records. There was a game room and a Motel Chapel, where a few guests tied the knot Vegas-style with rocker Andrew W.K. officiating as “Elvis” looked on.

Motel No. 7 was built from scratch in a mammoth warehouse in Brooklyn’s Greenpoint area. In addition to the engagements mentioned above, the two-story “motel” incorporated multiple rooms for touring musicians, pillow fights and bachelorette karaoke. Djs spun tunes on the main stage before the headliners revved up the crowd. The venue’s closed wi-fi system made photo sharing easier and generated quantifiable results.

Upstairs and down, inside and out, Motel No. 7 reflected Jack Daniel’s link to pop culture, and delivered an experience that brought to life the brand’s heritage and independent spirit. In a nod to Jack Daniel’s Lynchburg distillery, the rustic Bung Donut Shop served up fresh, whiskey-infused donuts and hot toddies. The Jack + Jim gallery paid tribute to the late music photographer Jim Marshall and his connection to the brand. There was also Kevin the barrel maker who demonstrated his craft and educated attendees on charcoal mellowing while an artist created charcoal drawings of the motel’s social posts. And for a select number of guests, Jack Daniel’s master distiller offered up an education in whiskey in the motel’s speakeasy-inspired White Rabbit Saloon.

Two dynamic characters, Jake the Janitor and Dani the Maid provided motel highlights and pre-promotion posts on Twitter and Instagram (@JakeJanitor, @DaniMaid, @JaketheJanitor and @DanitheMaid) and interacted with followers via social listening and surprise and delight tactics. Their conversations helped build the motel narrative and drove the brand’s social reach before, during and after the activation. Agency: Mirrorball, New York City.