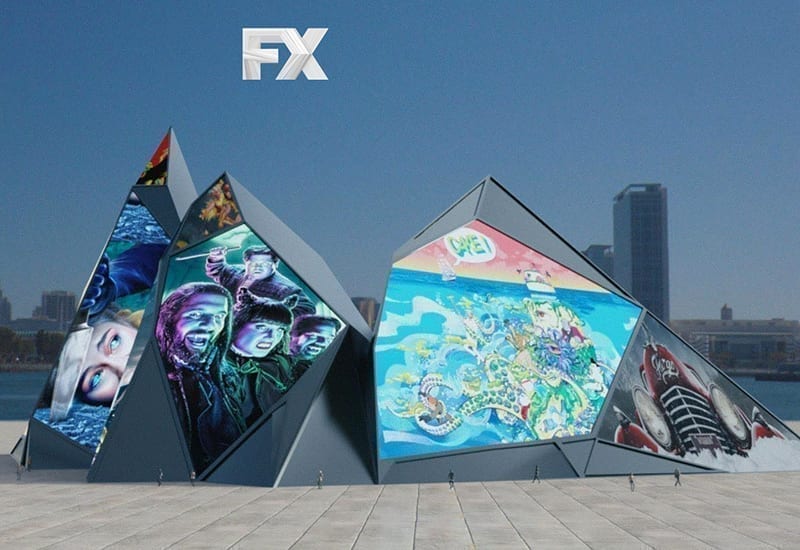 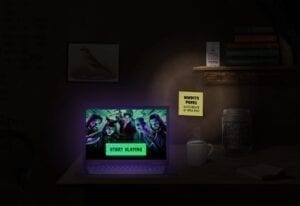 When fans accessed the “What We Do in the Shadows” page in FX Unlocked, their mouse acted as a flashlight moving with them as they scrolled the scene. By clicking on the computer image, they accessed a single-player game.

FX was in the midst of planning its seventh year activating outside the convention center at Comic-Con International: San Diego when COVID-19 struck. With the convention shifting to digital as Comic-Con@Home, FX formulated a program that would honor the things fans love about the network’s in-person activation with immersive and interactive elements.

“We approached it from the perspective of giving ourselves the freedom to think differently than we had in previous years, and not look at going into the digital space as something that would make our activations less than, but look at ways that we could adjust them to really explore new things and, perhaps, try things that are a little more exciting,” says Kenya Hardaway Green, senior vp-integrated promotions at FX Networks.

The brand landed on a microsite dubbed FX Unlocked that offered an interactive landing page with a CGI landscape of the San Diego harbor outside the convention center as the backdrop. The scene featured a 3D FX installation that users could click and manipulate 180 degrees in each direction. What we loved: sound effects, like seagulls crying and wind blowing, which played automatically when you accessed the page. By clicking on the different components of the installation, users were sent to additional landing pages that offered experiences with each of the series FX was promoting at the event (Creative Riff handled).

“When you navigate through the site, it definitely feels like you’re going into a different world,” says Hardaway Green. “I think we successfully captured the essence of each show and represented them in an honest and fun way for the fans, which can be a bit of a challenge sometimes when you’re trying to find a unifying site that’s going to house such different content.”

Among the experiences: Test of Terror, a page devoted to “American Horror Story” where fans navigated through different scenes from the show to test their knowledge in an homage to escape rooms. In A Chat with Dave & GatTa, fans of “Dave” viewed an exclusive Q&A that dug into behind-the-scenes moments from the series. In Guillermo’s Stakeout, fans of “What We Do in the Shadows” engaged in a single-player interactive game with the top scoring fans each day winning an exclusive deck of playing cards.

Other explorable pages included Piece of Cake with Jeron Braxton, a behind-the-scenes look at the series “Cake” featuring an interactive workshop where fans learned how to create their own art in a partnership with Otis College of Art & Design Extension. And on the FX on Hulu Cosplay Gallery page, fans could keep the Comic-Con tradition alive by submitting their costume photos, sketches or mockups inspired by their favorite FX originals on Instagram for the chance to appear the walls of the digital gallery.

An added bonus of the all-digital experience was the opportunity for FX to measure more than it traditionally would have been able to in an in-person activation.

“That’s always been a bit tricky, to truly be able to understand what kind of impressions you’re receiving when you’re doing a live event, so to have the ability to capture more data is something we’re excited about—understanding what people are engaging with and the amount of time people are spending engaging with each [digital] activation,” says Hardaway Green.

And here’s an interesting twist: the interactive page has been replaced with a landing page offering links to the series’ pages on FX’s main website. It was a digital event with a beginning and an end—a “you had to have been there” moment reminiscent of the FOMO-inducing in-person events of yore.