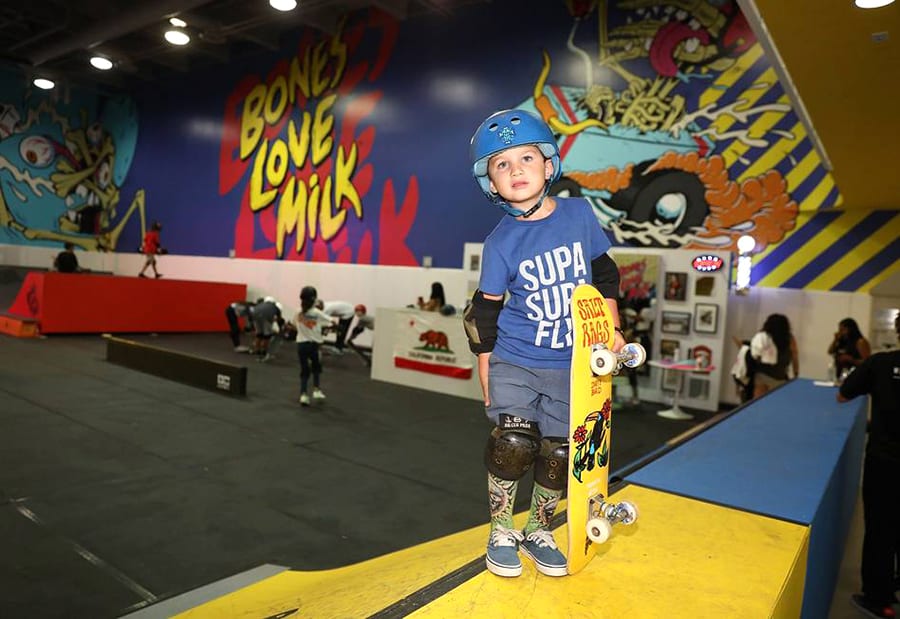 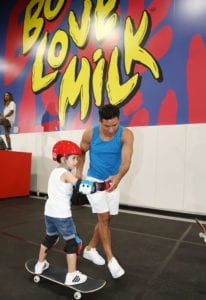 Active tweens and teens are more likely to fuel up with a trendy beverage than a glass of milk, so the California Milk Processor Board’s Bones Love Milk brand hosted a nine-day “Shredquarters” skate park pop-up to encourage California youth to swap their Red Bulls for “nature’s energy drink.” The state is home to 1.6 million skateboarders, 70 percent of which are under the age of 18, making a skate culture-centric experience a prime platform for demonstrating the connection between action sports and the benefits of drinking milk.

The Shredquarters was located across from the Huntington Beach Pier in an 8,000-square-foot gym that Bones Love Milk transformed into an indoor skate park featuring a half pipe and street course from July 27 to Aug. 4. The park was open for skating every day to consumers of all ages, who could opt for free lessons with on-site skateboarding coaches. There was also a host of free programming available to the public throughout the week. A Pro Jam session introduced the official Bones Love Milk Skate Team, with appearances by team members Christian Hosoi, Tom Asta, Chris Cole, Cordano Russell and Bryce Wettstein. Attendees could also participate in live skate viewing parties, and watch live streams of the Vans US Open of Surf finals and the Street League Skateboarding Tournament.

Working with Vans and Eagle & Pig, a skate stylist barber shop, Bones Love Milk additionally offered consumers a chance to design a custom pair of kicks with pro skater-turned-artist Steve Caballero, and get free haircuts, braids and shape-ups. There were also dj performances, a GIF photo booth, a t-shirt screen-printing station, a skate-centric photo gallery and a mural by illustrator Thomas Fernandez that was brought to life throughout the week.

On the milk front, the brand enlisted a mixologist to whip up milk mocktails on-site, while coolers filled with bottles of regular, chocolate and strawberry milk were located throughout the space for attendees to grab and go. Also on hand: “monkey balls,” milk-based food spheres formed by the reaction between calcium and seaweed, which creates a gelatin-like encapsulating wall (each sphere reaction takes about 15 minutes, and ultimately pops, as it remains fluid inside).

“The goal was to call attention to skateboarding and to celebrate the activity, the clothing, the art—everything that surrounds skate culture—and to remind people that for that active sport you need to have good bones and good muscle tone, and milk is the perfect accompaniment for that,” says Steve James, executive director at the California Milk Processor Board. “When tweens and teens get out of the home in those early years, they tend to ignore mom and dad and expand their horizons with energy drinks and all those things that send shivers up a parent’s spine. We’re just reminding them that milk is nature’s energy drink, it’s much better for you and it’s delicious.”

The Shredquarters experience drew in more than 2,000 people by the end of its run. With the help of on-site influencers, Bones Love Milk earned a 21.9 percent lift in its Instagram following, and racked up a total of 17.1 million paid and earned social impressions. Got milk? Agency: ROX United, Huntington Beach, CA.