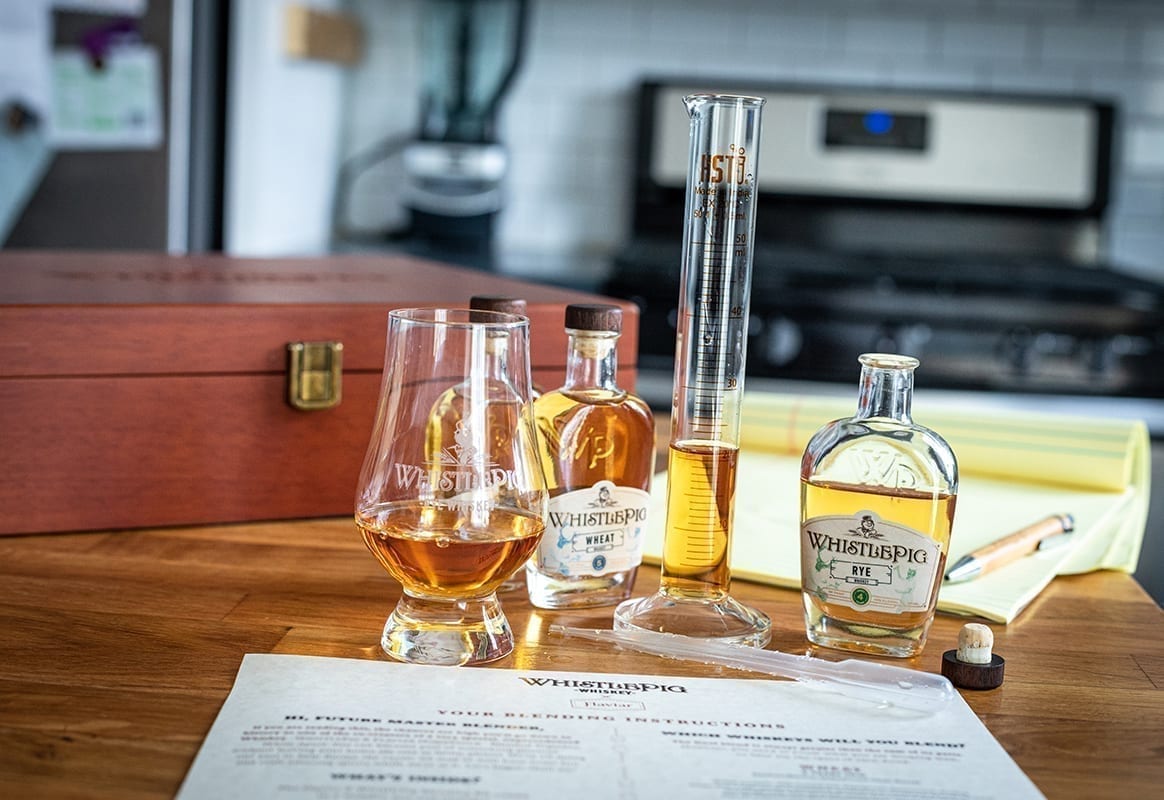 Inside a Virtual Whiskey Crowd-Blending Event Designed to ‘Lift Spirits’

Video Gallery, B-to-C Events
Posted on May 5, 2020 by Rachel Boucher

It’s not easy to infuse interactivity into virtual events, but online spirits community Flaviar and WhistlePig whiskey teamed up on a program that involved at-home blending kits, crowdsourcing (or, more specifically, crowd-blending), sampling, polling and a live-streamed event featuring a panel of experts. Best of all, it had a charitable component tied to it benefiting U.S. bartenders.

Members of the Flaviar community received Blend Your Own Whiskey Kits through the mail and an informative microsite offered four tips for participating in the program. There was a “How to blend at home” video with suggestions on creating an experience. There was a link for participants to submit their preferred blend recipe. And there was a save-the-date for enthusiasts (in the community, and beyond) to join in live and vote for the winning blend.

More from the spirits archives:

On April 28, the top three blends, crowdsourced from Flaviar members, were recreated in the live-streamed event on YouTube. Panelists included WhistlePig’s master blender, Pete Lynch, spirits influencers Rex and Daniel of Whiskey Tribe, and Chad and Sarah Perkins, hosts of It’s Bourbon Night. Spirits expert Dan Dunn served as host. At the start of the event, Lynch offered instructions for armchair blenders on how to properly measure at home. Fans were invited to blend and taste alongside the experts, and then vote for their favorite in a live poll.

The chosen blend, WhistlePig Homestock Whiskey, will be released with the tagline, “Blended Together, While Apart,” and WhistlePig will donate 20 percent of bottle sales via Flaviar and Caskers to the U.S. Bartenders’ Guild Foundation’s Bartender Emergency Assistance Program to help fund its COVID-19 Relief Grants for people out of work due to the pandemic.

“If someone asks 10 years from now, ‘What did you do during the lockdown?’ I bet they won’t expect you to say ‘I learned how to blend a whiskey,’” Flaviar co-founder Grison Soba said in a release. 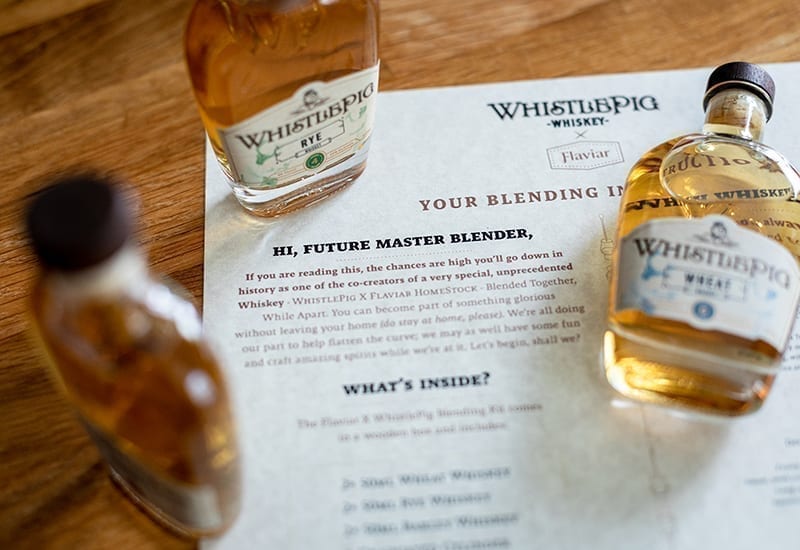 Members of the Flaviar spirits community received Blend Your Own Whiskey Kits through the mail to participate.

The Flaviar x WhistlePig crowd-blending event helped both brands extend their programming in the wake of social distancing orders. Among the benefits in joining Flaviar, beyond receiving rare bottles and exclusive samples quarterly through the mail, are offline opportunities like distillery tours. The virtual event picked up where Flaviar left off in its push into the crowd-blending event space. For WhistlePig, the program expanded on its own award-winning FarmStock series that involved producing a blend crowdsourced from bartenders, influencers and consumers across the U.S.

“We are a small and nimble team and we can move fast. Having WhistlePig able to move at the same pace as us, was amazing,” says Soba. “There are nuances to the success of this, but one thing is super important—exclusive content. That’s it.”

As for results, the live stream featured more than 3,100 chat engagements, and one week after the event, the content has garnered more than 2,600 views. The story was picked up by top-tier outlets, including MSN and Men’s Journal, to the tune of more than 200 million p.r. impressions.

CHECK OUT THE VIRTUAL EVENT: