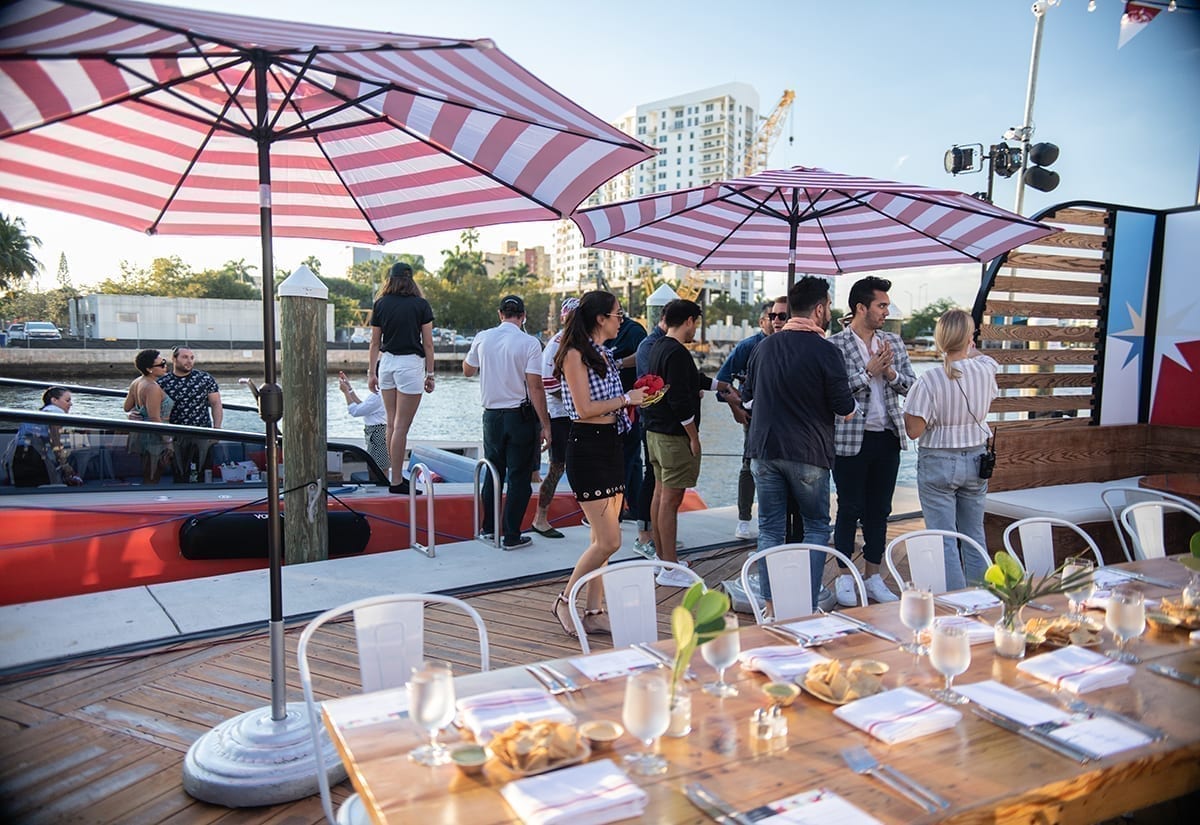 Stella Whisks Consumers Away to an Elevated Biergarten-style Event

Stella Artois is known for serving up experiential marketing that elevates the act of drinking beer, encouraging consumers to sip, savor and socialize. The brand has partnered with a host of experts to execute its ideas, including a sensorial expert for a multisensory dinner, and an astrophysicist for an audio-reactive star installation. This year, to support its new The Life Artois campaign, the brand is leveraging worldly tastemakers for Port de Stella, a free festival series that whisks consumers away to elevated biergarten-style events featuring food from top European restaurants, local musical acts and celebrity-led tasting experiences.

To make a splash, Port de Stella debuted at The Wharf Miami for Super Bowl weekend, Jan. 30 to Feb. 1, giving locals and Super Bowl-goers the chance to “taste, touch and experience the best of Europe”—and The Life Artois. The series will continue throughout 2020, popping up in popular port cities around the U.S. with an invitation for its millennial target to “explore something new without going abroad.”

For a few hundred attendees in Miami, the experience began on the water. Stella Artois deployed a fleet of 55-foot, branded VanDutch yachts that allowed more than 350 attendees who registered in advance to bypass the congested causeway and take a 40-minute luxury voyage from Downtown Miami to South Beach—docking right at the Port de Stella event. Once on-site, attendees mingled and socialized, and then sat down for a meal presented by a top European restaurant. The brand partnered with restaurant discovery platform, The Infatuation, to curate the list of global dining partners for Port de Stella, which in Miami included Frenchie (Paris); Roscioli (Rome) and Sanchez (Copenhagen).

After dinner, attendees could check out “Stella Sessions” presented by tastemaker experts over the three days, including actress Priyanka Chopra Jonas, Karamo Brown of “Queer Eye,” Sofi Tukker, a German-American musical duo, French dj Cedric Gervais, and Miami-based DJ Irie. Chopra Jones, for example, appeared alongside Chef Greg Marchand from Frenchie to showcase her party recipe for any Super Bowl “soirée.” In addition, attendees could shop on-site at The Marketplace for exclusive items from Stella Artois’ collaborations with Xkarla, Soleil Toujours and Koio.

The Port de Stella event in Miami doubled as a customer engagement initiative, as the brand was able to connect with its on- and off-premise partners to show off The Life Artois and the brand programming before the festival opened its doors to the public. All told, more than 6,000 consumers attended Port de Stella in Miami.

“Because ‘The Life Artois’ is encouraging everyone to savor life with the special people in our lives, we engaged our fans with an experiential activation where they could see, taste, and live out the campaign in real life. And what bigger stage to leverage than one of the most popular sporting events of the year?” says Lara Krug, vp-marketing at Stella Artois.

Miami served as a soft launch for The Life Artois campaign. Following Port de Stella, the brand executed a Valentine’s Day OOH campaign in cities across the U.S., which included dropping a series of incomplete love notes on public walls and billboards in New York City, Chicago, San Francisco and Los Angeles, inviting consumers to “fill in the blanks” for special people in their lives on social media—and, perhaps, toast the special evening with a sip of its Belgian-style lager.

Get whisked away to Port de Stella: