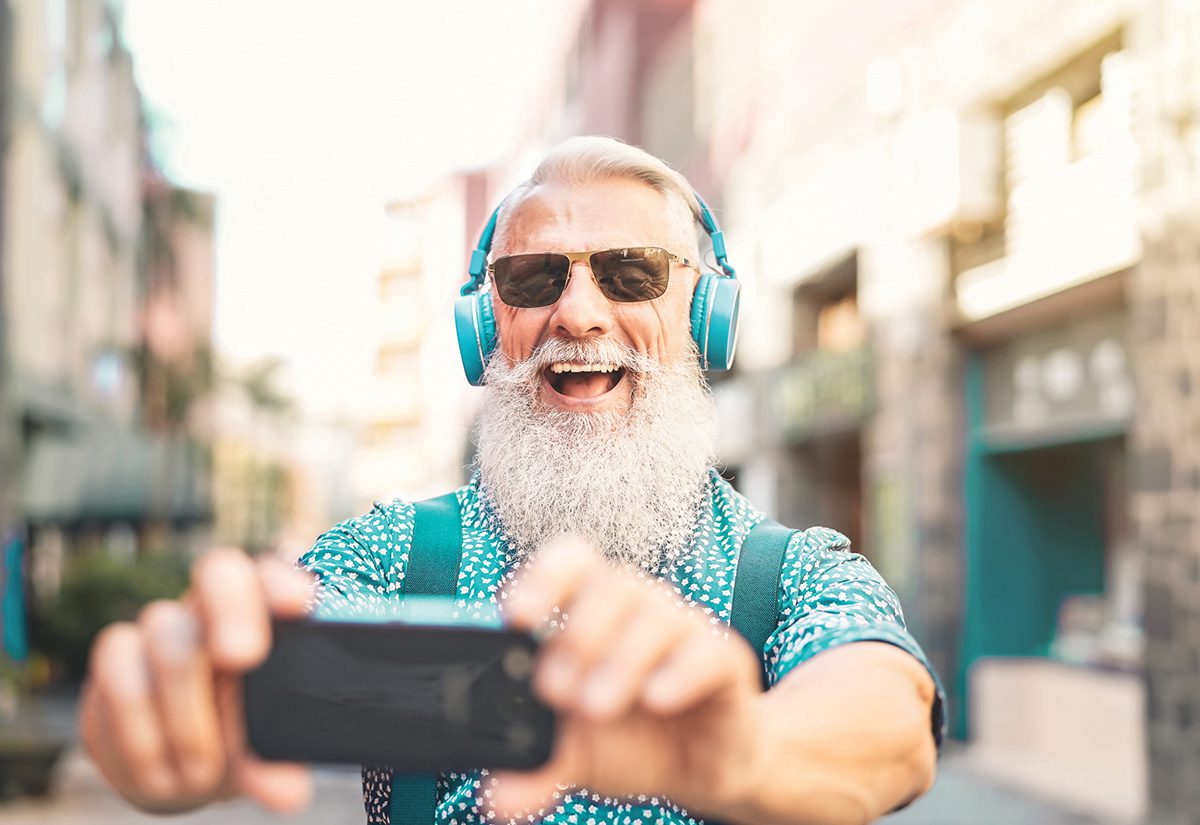 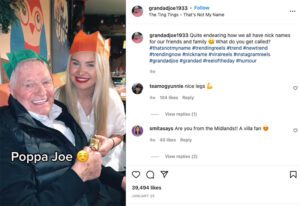 Much of modern civilization has been programmed to believe that after a certain point, one’s value to society decreases as their age increases. But a powerful new subset of social influencers is calling for a paradigm shift. Welcome to the world of “granfluencers,” a collection of senior social media stars that have absolutely no time for your ageist attitude. They’re living the “age is just a number” mantra authentically, and capturing the hearts and minds of social media users of all ages—and the attention of more than a few brands—in the process.

So how did the 60-plus crew infiltrate a marketing medium that has by all accounts been dominated by Gen Z and millennials since its inception? The fact that most granfluencers are comfortable in their own skin and unapologetic about expressing themselves doesn’t hurt. But the nostalgia this group evokes, particularly among millennials, is the driving force. Consider the “grandmillennial” home décor trend that has cropped up in recent years, which encompasses millennial-age consumers that, according to House Beautiful, “have an affinity for design trends considered by mainstream culture to be ‘stuffy’ or ‘outdated,’” like wallpaper, ruffles and wicker. In other words, Gen Y is trying to put grandma’s living room style back on the map.

The appeal of granfluencers is similar. The warmth, comfort and wholesome content they provide has created a “they’re just like my grandparents” phenomenon that social media users across platforms can’t seem to get enough of. Naturally, brands have taken note—and senior tastemakers are making bank with sponsored posts while living their best lives. So to inform your influencer marketing strategy, we broke down a roster of eight A-list granfluencers with broad appeal that represent a variety of lifestyle pillars. Now, put down your needlework. It’s time to meet the #mywrinklesaremystripes gang.

GRANFLUENCER TYPE: The Fitness Junkie
NAME: Erika Rischko
HANDLE: @erikarischko
INSTAGRAM FOLLOWERS: 57k
TIKTOK FOLLOWERS: 367k
AGE: 82
KNOWN FOR: This German health nut is famous for crushing solo TikTok fitness challenges, and teaming up with her hubby on dance contests. She got in shape later in life, and her journey towards a healthier lifestyle has inspired users around the world.

GRANFLUENCER TYPE: The Silver Fox
NAME: Irvin Randle
HANDLE: @irvinrandle
INSTAGRAM FOLLOWERS: 583k
TIKTOK FOLLOWERS: 175k
AGE: 60
KNOWN FOR: This dapper teacher-turned-style-icon has earned himself the nickname #MrStealYourGrandma. When Randle isn’t charming the ladies, he’s at events with his male granfluencer crew, the Silver Fox Squad (@silverfoxsquad), which aims to inspire others through the “power of style and creative fashion minds.” 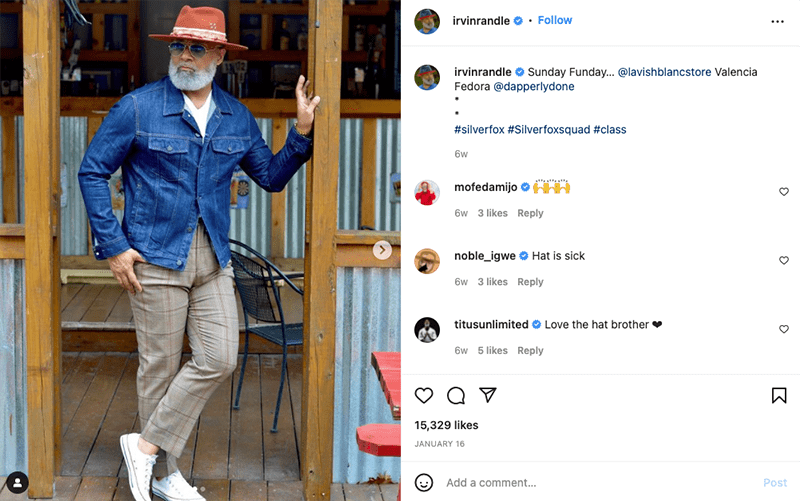 GRANFLUENCER TYPE: The Power Couple
NAMES: Pauline and Geoffrey Walker
HANDLE: @geoffreywalk
INSTAGRAM FOLLOWERS: 328k
AGES: 88 and 91
KNOWN FOR: This charming British couple’s marriage has endured more than 70 years and the duo showcase their endearing day-to-day life on social for all to admire, from afternoon walks to baking lemon meringue pie.

GRANFLUENCER TYPE: The Gamer
NAME: Shirley Curry
HANDLE: @ShirleyScurry
YOUTUBE FOLLOWERS: 985k
AGE: 85
KNOWN FOR: This gamer grandma’s children taught her how to play video games in the ’90s and she’s been slaying ever since. She’s renowned for her skills in The Elder Scrolls V: Skyrim, an open-world action role-playing game, which she typically signs off of with a warm, “bye-bye, grandkids.”

GRANFLUENCER TYPE: The Plant Whisperer
NAME: Lagetta Wayne
HANDLE: @msgrandmasgarden
TIKTOK FOLLOWERS: 138k
AGE: 78
KNOWN FOR: This sweet grandma next door begins every video with “Welcome to grandma’s garden—come on in!”
You’ll find her toiling in the soil, tending to a wide assortment of vegetables and sharing plant-based recipes.

Earlier this year, Money.co.uk, a financial services comparison platform, commissioned data to determine the earning potential of the world’s biggest granfluencers on TikTok and Instagram. According to the compiled research, the granfluencer who is raking in the most cash on Instagram is 100-year-old bombshell Iris Apfel, who boasts 2.1 million followers, and earns an estimated $103,243 from sponsored posts each year. Meanwhile, U.K.-based proud grandpa Joe Allington (@grandadjoe1933), whose following runs five million strong, reigns TikTok with an estimated $181,438 earned annually from sponsored posts.