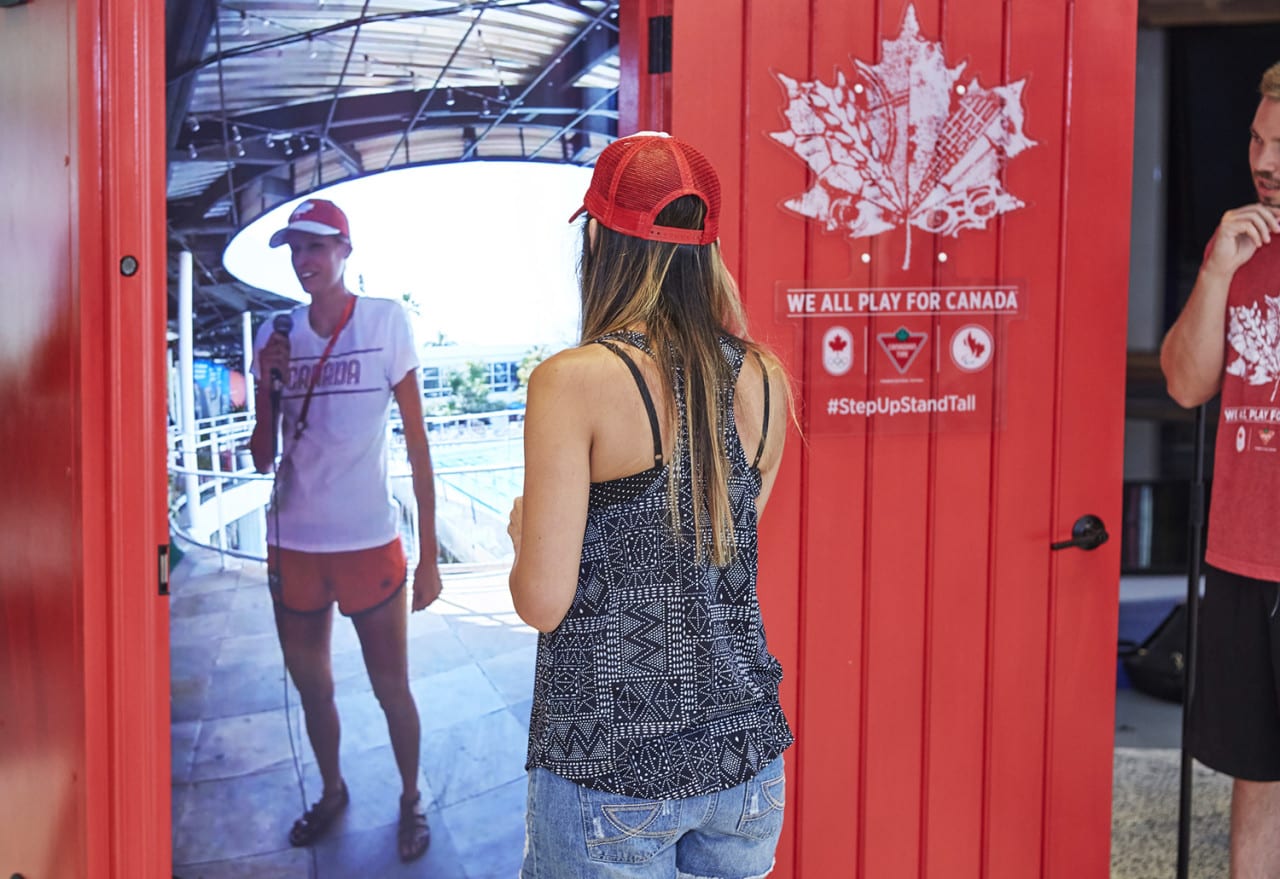 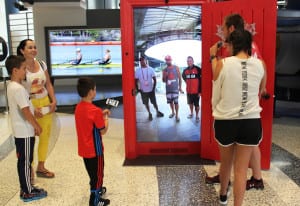 Red Door to Rio gave Canadians the opportunity to engage with athletes, while the Olympians had the chance to connect with their fans and loved ones back home.

Canadian Tire’s Red Door to Rio activation connected Olympic athletes and their supporters back home through an innovative live-streaming experience that transformed a freestanding doorway into a platform for real-time engagement. The program was comprised of one red door setup in Canada’s Olympic House in Brazil, and one that traveled to six locations around Canada.

Throughout the Olympic Games, Red Door to Rio gave Canadians the opportunity to engage with athletes, while the Olympians had the chance to connect with their fans and loved ones back home. But in a surprise and delight twist, none of the participants knew whom to expect on the other side of the door upon stepping up to the experience, which involved real wooden doors, each bearing a large maple leaf and “We all play for Canada” messaging. Upon opening the door, participants were met with a massive, door-sized screen, along with a camera, microphone—and a mystery athlete or fan.

While the concept was simple in theory, pulling off the tech-fueled activation was anything but. How it worked: A low latency live-stream between Rio and Canada was developed with a custom algorithm to ensure smooth and natural conversations on both ends. A tablet-based registration system synched the doors to the stream, allowing technicians to record each side of the session then stitch the videos together. Partakers later received an email with a link to a video of their conversation for sharing across social media, where they were encouraged to use Canadian Tire’s Olympic campaign hashtag #StepUpStandTall.

Among participants, which included 100 Canadian Olympians, including all of the country’s competing gold medalists, were trampoline gymnast Rosie MacLennan and decathlete Damian Warner. Although both athletes were prepared to speak to unknown fans at the other end of the door during their respective sessions, Canadian Tire surprised them with loved ones instead. A door set up in Warner’s hometown of London allowed the Olympian to connect with his closest friends and family, while MacLennan was shocked to find her grandmother waiting for her on the opposite side of the stream. To boot, of the four Red Door to Rio videos released by the brand, MacLennan’s “awww” worthy interaction racked up more than half of their 2.6 million collective views.

“The truth is it takes an entire village to get these athletes to the level they’re at and the level they compete at,” says Eva Salem, vp-marketing at Canadian Tire. “And the idea that not everyone can go to Rio and the idea of giving as many people [as possible] the opportunity to be caught up in and experience that excitement in real time was something that really appealed to us. Even on the athlete side, feeling the love from back home was something that we wanted them to be able to experience as well.” Agency: Wondermakr, Toronto.

Video: Canadian Tire Connects Olympians and Fans with the Red Door to Rio