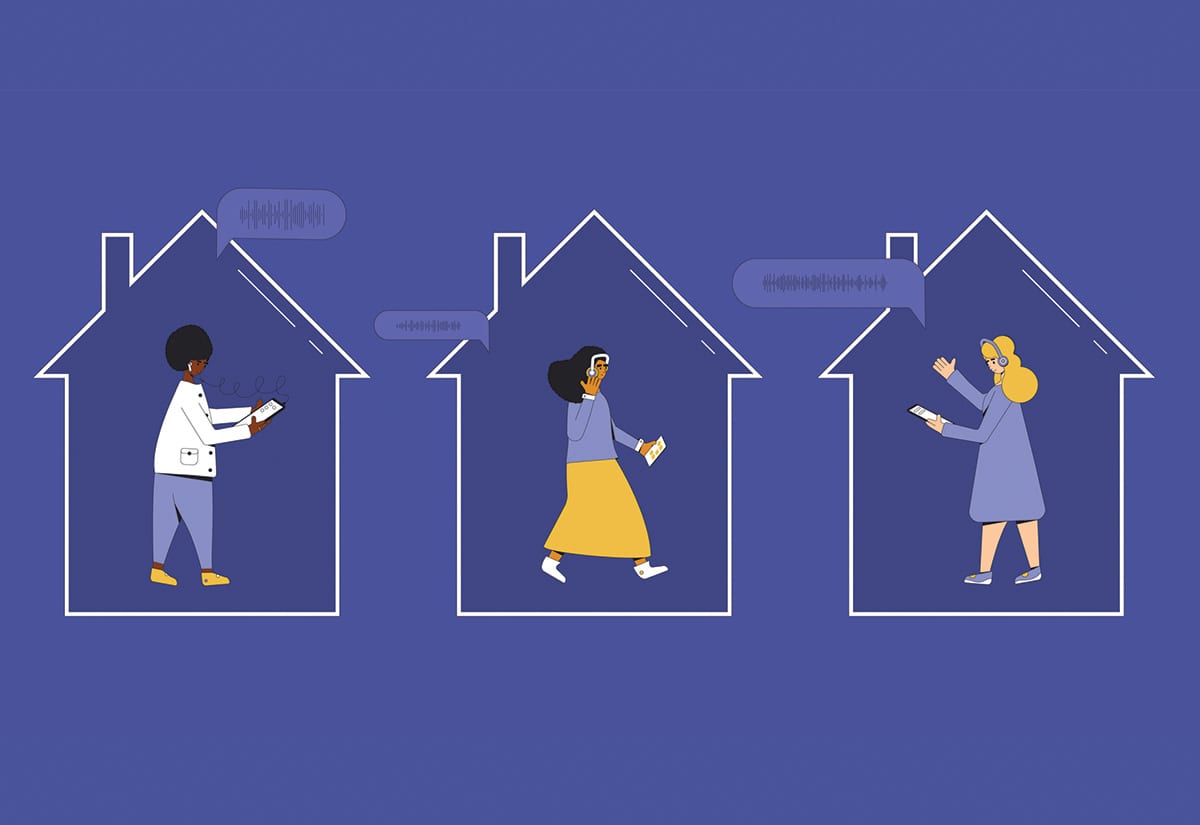 Three Platforms Worth Exploring in the Booming Social Audio Space

Social audio just may be the next frontier for social media. Consumers with Zoom fatigue were first drawn to the audio-only concept while stuck at home during the pandemic, and the market for it has been booming ever since. Different from podcasts, which are recorded for future listening, social audio is about real-time, moderated conversations that allow listeners to actively participate. The Clubhouse app initially blew the door open, but a flood of clones has been popping up in its wake. Spotify and Facebook are even entering the space with plans to deliver their own social audio offerings later this summer.

For brands, leveraging social audio to connect with target audiences is no different than leveraging other forms of social media; authentic voices, conversations and content are the foundation for compelling social audio experiences. But, of course, there are some nuances to know about. For a closer look at the promises and pitfalls of social audio, we reviewed three of the most popular platforms.

Available on: iOS and recently went into beta for U.S. Android users.

What: Launched in March 2020, Clubhouse now boasts 10 million users, from celebrities and ceos to everyday people. The app is organized by “rooms,” each of which represents a topic and offers users an opportunity to learn, be entertained and/or network. There are thousands of rooms filled with users doing everything from hosting game shows to performing standup comedy to discussing philosophy to offering best practices for business professionals.

How it Works: The app offers a page full of conversational topics to follow, and users can jump into any room that interests them. Once inside, they can simply listen or choose to participate in the conversation by pressing the “Raise Hand” button. Room moderators, who basically function as influencers, have control over who speaks and when. They can bring people “up to the stage” and mute them or unmute them to speak. The current limit is 5,000 people per Clubhouse room. In addition, “creators” who develop shows and formats on the app can earn money from in-app donations, and the app doesn’t take a cut. Finally, all conversations are ephemeral. Clubhouse records conversations as they happen, but only retains them if someone files a complaint while the room is live.

Opportunities for Brands: You can pay influencers to sponsor a room, run focus groups, host fireside chats or Q&As, host informal business chats led by executives and thought leaders, get product feedback, chime in on hot industry topics and more.

Drawbacks: There is no paid advertising on Clubhouse. There’s plenty of evidence that brands are paying influencers to sponsor their rooms, but there’s no official sponsorship platform. In addition, users currently have to be invited to access the app, though Clubhouse is working on making it available to the general public. And content moderation is lacking, as verbal abuse is an ongoing problem. 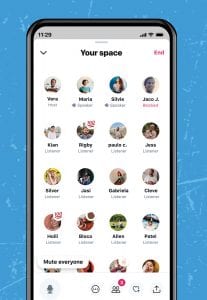 Available on: iOS and Android. Twitter is working on building the ability to participate in a space on twitter.com.

What: Originally introduced to a small group in 2020, Twitter Spaces went public May 3 and is open, meaning anyone can join as a listener. Any Twitter user with at least 600 followers can operate as the host of a space. Twitter has been plugging the platform as a more inclusive alternative to Clubhouse, given it doesn’t require an invitation to participate and offers options like captions for the hearing impaired. The app is built for users to do everything from connect to their favorite musicians to catch sporting event post-shows to get up to date with recaps of recently-dropped news.

How it Works: The creator of a space is the host. Hosts can directly invite listeners into a space by DMing them a link to the space, Tweeting out a link or sharing a link elsewhere. (Coming soon, a limited group of hosts will be able to make some bank by hosting ticketed spaces for more exclusive conversations.) Hosts can send requests to listeners to become speakers, or listeners can request permission to speak by tapping on the “Request” icon. Up to 11 people, including the host, can speak in a space at any given time. There is no limit on the number of listeners. Hosts can mute a speaker or all speakers at once or remove them from the space completely. Conversations are removed from the platform when the space is no longer live, but Twitter retains copies of the audio for 30 days in case of a rule violation.

Drawbacks: There’s no paid advertising on Twitter Spaces, you need a Twitter account to participate, the number of speakers in a space is limited and all spaces are public for now.

Brands Using it: Procter & Gamble hosted a space as part of its diversity and inclusion campaign asking people to #WidenTheScreen and spark a conversation about bias and inequality in the film industry. To celebrate the re-release of “Scott Pilgrim vs. The World,” Universal Pictures hosted a space with the film’s co-writer/producer/director, along with cast members. In a space with AdAge, Xbox talked about rallying Twitter’s gaming community to win the platform’s #BestOfTweets brand bracket activation. 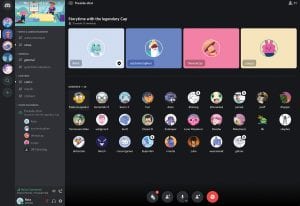 Available on: Windows, macOS, Linux, iOS, Android and any browser via the web app.

What: Boasting nearly 150 million monthly active users, Discord itself is a group chat service initially built for gamers that has since become a platform for a variety of communities who gather on topic-specific voice channels called servers where everyone talks freely. On Discord Stage Channels, the conversation is more structured in that only certain people are allowed to talk at once to a group of listeners. Stage Channels are a special type of voice channel Discord users can create within their community servers.

How it Works: Within each Stage Channel, a user can be a moderator, a speaker or listen from the audience. Audience members can click the hand-raise button to request to speak. Stage moderators are special speakers who can set a topic on the Stage Channel and open it. They have the power to bring speakers “on stage,” as well as mute and remove speakers. There is no limit on the number of speakers, but currently, the number of users who can participate in a Stage Channel is capped at 1,000. Discord is also working on ticketed Stage Channels, meaning moderators will be able to charge for access to a Stage Channel. And the brand just released a Stage Discovery feature that lets users see a feed of public Stage Channels that they might be interested in, which is curated via machine learning.

Opportunities for Brands: Still in its early stages, the platform has been used for AMAs (“ask me anything”), fireside chats, townhalls and reading groups, but could easily be used for focus groups, informal business chats led by executives and thought leaders, product feedback sessions and discussions on hot industry topics.

Drawbacks: There’s no paid advertising on Discord, you have to have a Discord account to access Stage Channels, and Stage Channels are bound to specific community servers, meaning only members of that server can participate and there isn’t an external link to send non-members. In addition, Discord doesn’t make it clear whether or not it records conversations, and if so, whether or not they’re deleted from the platform after the discussion ends.

Brands Using it: Brands are still figuring out how to best leverage the new product, but Kano, a London-based developer of educational technology, created its own server following customer requests, and it has become a community forum for parents, teachers and kids using the brand’s products.