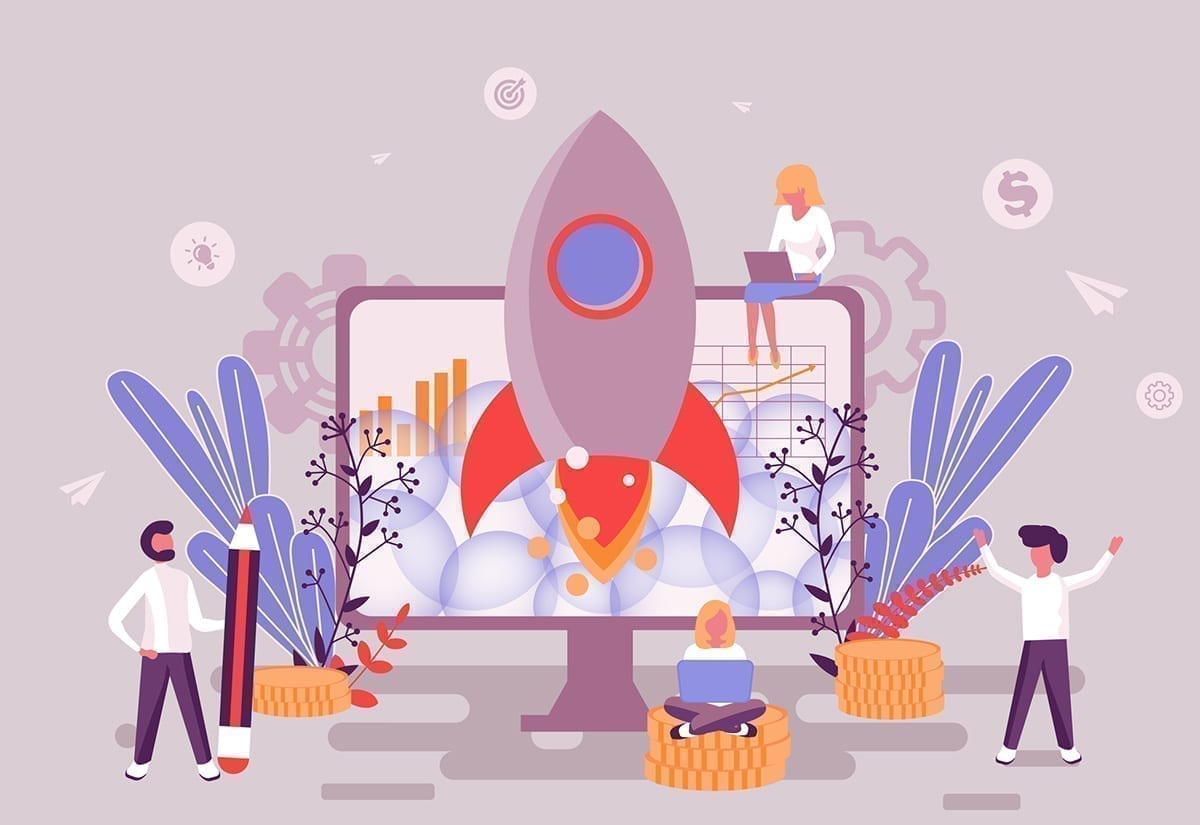 The New Playbook: How Event Marketers are Adapting to the ‘New Normal’

The 2008 recession hammered the event industry. And while events returned in full force, as organizations recognized the direct correlation between their absence and holes left in the pipeline, the return of events in a post-pandemic world will require a paradigm shift. The learnings from the economic recovery a decade ago are difficult to apply in the wake of a historic, global health crisis that hits at the core of this industry.

As the initial shock has worn off and the reality has set in that most programming planned for the year, and beyond, is canceled or postponed, it’s become clear that it’s time for event marketers to get to work with a new purpose and outlook. After all, event marketers are in the experience business and while in-person is the preferred conduit, connection is the goal.

Over the last two months, our editorial team has connected with more than a dozen marketers for the “Operation: Recovery” series  to discuss their approach to decision-making, how they’re redirecting their teams, and what “The Great Pivot” means for their brands.

More on ‘The Great Pivot’:

In the wake of cancellations, Twitter’s events team needed to dissect a full slate of programming planned for the year, which included activations at SXSW, Cannes Lions and VidCon. The first item on the team’s list was to sift through its many partnerships and contracts and act on them. This, after tending to the emotional health of the team. Helen J. Stoddard, head of global events and experiential at Twitter, says the team’s approach was one of “timeliness, transparency and honesty.”

“One of the biggest things we could do to help our company and our vendors was to do this with humanity and speed, and in a way that made us proud. Meaning, there were contracts we probably didn’t need to pay or could have argued more about, but we paid them—fair for the work—because we knew on the other end were peoples’ livelihoods,” Stoddard says.

IBM has an extensive event portfolio that required analysis, as well as immediate decisions to make regarding its massive global Think conference set for May 5-6.

“As we’re looking into the future, it’s about recognizing for a specific event: Do I cancel this, do I postpone this, or do I turn this digital,” says Colleen Bisconti, vp-global conferences and events at IBM. “And there’s no right answer. So you have to look at the market conditions, understand the audience you’re trying to reach, and what makes sense for your brand.”

“One of the biggest things we could do to help our company and our vendors was to do this with humanity and speed, and in a way that made us proud. Meaning, there were contracts we probably didn’t need to pay or could have argued more about, but we paid them—fair for the work—because we knew on the other end were peoples’ livelihoods.”

For marketers of events pushed out or scheduled into the fall, the process has been one of “wait and see” while simultaneously planning for Option B.

“We’re in the mode right now where we’re planning for the live event, but in parallel planning for it to potentially be a digital experience,” Paul Salinger, vp-marketing at Oracle, told EM in late March. “And those are very different paths, if you will, because I don’t think it’s possible to take a physical event and translate it specifically online. There’s a lot of planning that goes into really creating a great digital experience.”

Facebook joined the ranks of companies that made the decision to postpone all in-person experiences until June 2021, one that allows the events team to immediately shift its focus. “For us as a company to be able to say, ‘Listen, we’re making a commitment to reinvent how we create connection and build community in a different way, until it becomes safe for people to gather in large numbers,’ is a huge priority for us,” says Julie Hogan, global face-to-face marketing director at Facebook. “So making that call ahead of time allows our teams to be able to focus on what’s in front of us in creating virtual experiences right now.”

Unraveling a calendar year of events means deciding what to flip to virtual, how to flip the content and then deciding what ultimately might not be relevant programming in the future. This was part of IBM’s decision tree.

“We began to step back and say, we’re not going to take all of these events and automatically think that digital is the way to go—we’re going to be mindful about how we do this,” Bisconti says. “For our really big client event, Think, it was about how do we create a digital environment that meets the needs as best as possible for our attendees. Something to that scale is very different than some of the smaller events we’re doing around the globe.”

The refresh also relates to messaging and content on a few different levels. Not only has the pandemic created new business challenges for customers, but as a digital event, Think would also be attracting many more eyeballs than usual.

“This isn’t just the Think the way that it would have been before coronavirus,” Bisconti said ahead of the event. “We have pivoted our content to be very coronavirus-specific and relevant in how we help our clients address what’s happening today, and then how we help them come out on the other side. The registration numbers are telling me that it’s hitting home with a lot of our business partners who are hungry to understand what other people are doing and how they can best navigate this crazy time.”

Twitter has embraced the refresh by digging into audience listening and polling. The team has been asking itself, “Is this really an event, or is this more like an email?” according to Stoddard.

“Asking in advance what people are interested in has helped shape that call and our response. We ask them what they want, they tell us, and then we do it, so there’s automatically a validation that happens when people feel like they’re being listened to—or the joke on Twitter is people say, ‘I feel seen,’” she says. “We’ve had several events that were in play as virtual events that we canceled because we realized nobody wanted to do that.”

For the Twitter team, and for many other companies, the only way forward is to wipe the slate clean because business goals are going to be different this year, no matter if in-person events return before 2021 or not. It’s an opportunity to reassess and reorganize, and be free from the “we’ve just always shown up here” trap.

“We are looking at everything—why are we going there, and what was the purpose, what is the audience,” Stoddard says. “To be clear, it doesn’t mean we’re going to pull out of everything, but it’s just in how we evaluate and show up and approach the things we’ve done in the past is really what we’re working on now.”

“It has to be kept in mind that our team has to get the work done, but we also are literally the audience being affected by this, and given the audience that Essence specifically serves, we know that we are dealing with additional challenges.”

The shift to digital, or virtual (and there are many conversations to be had about what actually constitutes each approach) has come easily for brands with digital extensions already in place.

As social distancing orders were enacted, Essence was in the midst of launching its new streaming platform, Essence Studios. The event team shifted its focus from in-person events to supporting that channel by moving planned live event programs online and tweaking them for the digital experience. The team is also planning a virtual Essence Festival for July.

For Candace Montgomery, vp-experiential at Essence, there was a “very quick education period” that needed to happen as teams navigated city and state guidelines. The other job for the team was to dig into the audience and restructure event content. Essence is embarking on its 50th anniversary this year, and while the festival is typically a celebration, there are important conversations and information the audience needs that will be woven into the event, Montgomery says. Though, the virtual event will still deliver on the music and fun people need right now.

“It is such a unicorn in that everyone is affected by this. It has to be kept in mind that our team has to get the work done, but we also are literally the audience being affected by this, and given the audience that Essence specifically serves, we know that we are dealing with additional challenges,” she says.

Pernod Ricard was able to make what Kim Haney, senior manager-experiential, partnerships and consumer engagement, calls “smart, quick pivots” to digital as the pandemic began to take hold in North America. That approach has bought the team time as it assesses what moves and future investments make sense in the digital space and beyond. “A few things that were easy to jump into were deploying our brand ambassadors to do things like cocktail making classes for National Cosmopolitan Day,” Haney says.

Jameson Irish Whiskey made a quick pivot by partnering with Grammy-nominated artist Jessie Reyez on a YouTube Live performance for her latest album drop that helped raise funds for ongoing pandemic relief efforts. The brand also leveraged talent services left on the table for another livestream with 21 Savage on Cinco de Mayo for Tequila Avión.

“I think where we’re trying to be smart is to think about what do we have that we can use, and how do we flex our existing assets,” Haney says.

At a time when event marketers wonder where their roles will be in a year, organizations are redeploying event teams to other areas, like research and training.

“P.R., sponsorship and influencer sit within our team, so we’ve taken some time, while everything is on pause, to look at our deals, look at what can we do better and what can we do differently,” Haney says. “We went through this long period of discovery. We’ve always wanted to look at gaming. We’re trying to leverage this downtime—with the hopes that events are going to come back—to explore new technologies and other untouched areas that we’ve always wanted to get into, but couldn’t because we were stacked.”

The virtual pivot, for example, has likely highlighted skills gaps in teams related to technology and broadcasting.

“There is an opportunity to step back and get your people to up-level their skills in certain ways, to really start to learn, what does it take to produce and execute a great digital conference, what does it take to rethink content and content delivery in the right formats,” Salinger says. “How can you become a better content writer in some ways, what changes in terms of demand generation and how does that affect the way we think about it. So I think there’s a lot we can learn from this.”

Facebook’s global event team refocused its attention on exploring new platforms and partnerships, both within Facebook’s family of platforms and products, and beyond, under the mantra “people, presence and purpose.” Built into these efforts is training focused on skills and capabilities.

“As event marketers, it’s rare that we ever have any type of free time to explore and stay ahead of the latest and greatest technologies, and so being able to empower folks to continue to enhance their skillsets and explore the different experiences that we’re seeing in the industry, and how other folks are bringing stuff to life, that’s a cool opportunity right now,” Hogan says.

Quality over quantity, hyper-strategized campaigns, multi-channel approaches and an event industry workforce armed with next-gen skillsets—yep, the industry is preparing for an epic comeback.