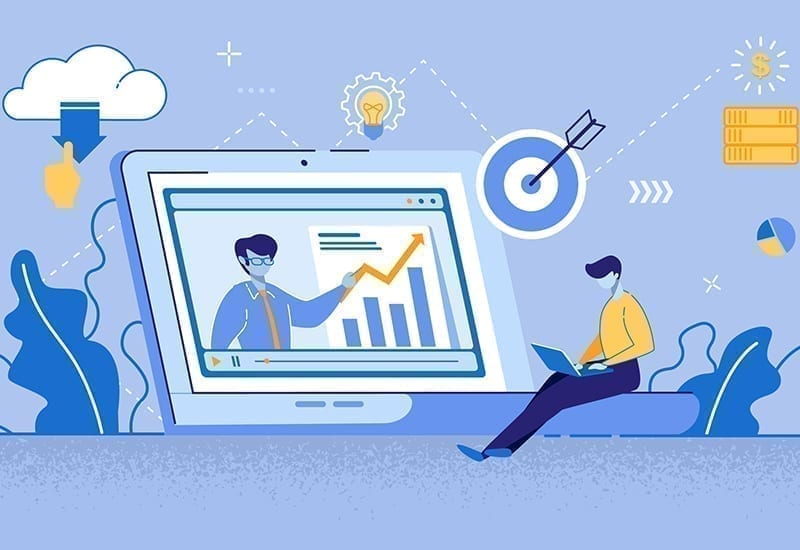 Financial software company Model N had big plans for its 16th annual Rainmaker conference in March, when the coronavirus hit. Like many brands, as travel bans and social distancing orders started pouring in, Model N made the decision to pivot to digital. About a week out from the Orlando-based event, the brand flipped the switch and began planning a virtual Rainmaker experience for March 11-13, the same dates as the originally scheduled conference. With just a week’s time to turn the event around, it was an all-hands-on-deck affair for the Model N team. And with just a few minor hiccups along the way, the virtual Rainmaker event became a resounding success, garnering 27 percent more registrants than the previously planned in-person event. Here, we offer a debrief of lessons learned.

Strike While the Iron is Hot

Chances are, if you’re pivoting to virtual in a short timeframe, you’ve got an audience and speaker roster that already have those conference dates secured on their calendars. Try keeping the virtual event during, or as close to, the original dates as possible to keep those participants locked in.

“I felt like we had to hit that window because everybody had it blocked out,” says Phil Montero, director of events at Model N. “That Wednesday through Friday, they were planning on being in Orlando, and I wanted to take advantage of having those eyes and ears before they started rebooking meetings… I had a lot of folks even on the marketing team say, ‘Maybe we should do this in a month.’ I said, in a month we’re not going to have any of our speakers available.”

It might sound obvious, but having your event content fully locked and loaded ahead of the conference is paramount. A few days before the virtual Rainmaker event was slated to take place, Montero ensured that all of his track leaders had their sessions locked down and in an accessible folder. The good news is that this part shouldn’t be a heavy lift, since most content will have already been solidified for the in-person event.

“Some people say it was unlucky, but I felt like we were lucky that we canceled so late in relation to our show,” says Montero. “I felt so comfortable with that content, and if the content’s good and it’s locked and loaded, then you should get engagement.”

Just like a physical event, certain aspects of virtual events may not go according to plan—especially given that there isn’t much of a playbook available on pivoting to virtual quickly. The goal is to be prepared for those unexpected shifts, because as they say, the show must go on. When Model N pivoted Rainmaker to digital, several speakers dropped out, uncomfortable with presenting to a virtual audience as opposed to a live one. The company accepted the circumstances, and made it work.

“We had some folks just fall out and say, ‘Nah, I’m not that comfortable with that.’ Because it’s different; you lose the sense of sight and being able to hear and see people’s reactions to your content. If you can’t do that, it makes it a little more difficult, because you can’t judge where you’re at with your audience and if they’re understanding what you’re doing,” says Montero. “So some of the folks dropped out. But for the most part we got our sessions in. We had in our proper program 27 sessions, and transitioned to 14.”

Let the In-person Event Guide You

At its core, a physical event shouldn’t drastically change when it’s moved over to digital. Keeping the fundamentals of the event in place will make pivoting easier and the audience more comfortable. The virtual Rainmaker conference included pre-event training classes, a keynote, sessions across three tracks, advisory board meetings, breaks and Q&A. “We emulated everything that we were going to do in person,” says Montero.

After the event, don’t forget to reuse the content you worked so hard to secure. With a variety of speakers and topics available, you should be able to slice and dice the highlights to extend that content to a broader audience over a much longer period of time.

“One of the things that kept my eye on the prize was knowing that after we got through this, all the great content we would have in the can,” Montero says. “We’re going to now start dicing a lot of it up for more snackable content for the various channels. And I’d expect all this content to live on for the next 12 months.”

In the end, Montero says if he could sum up the entire process of transitioning into virtual into one insight, it would be this: “You don’t know what you can’t do.” (Virtual Platform Provider: PGi)