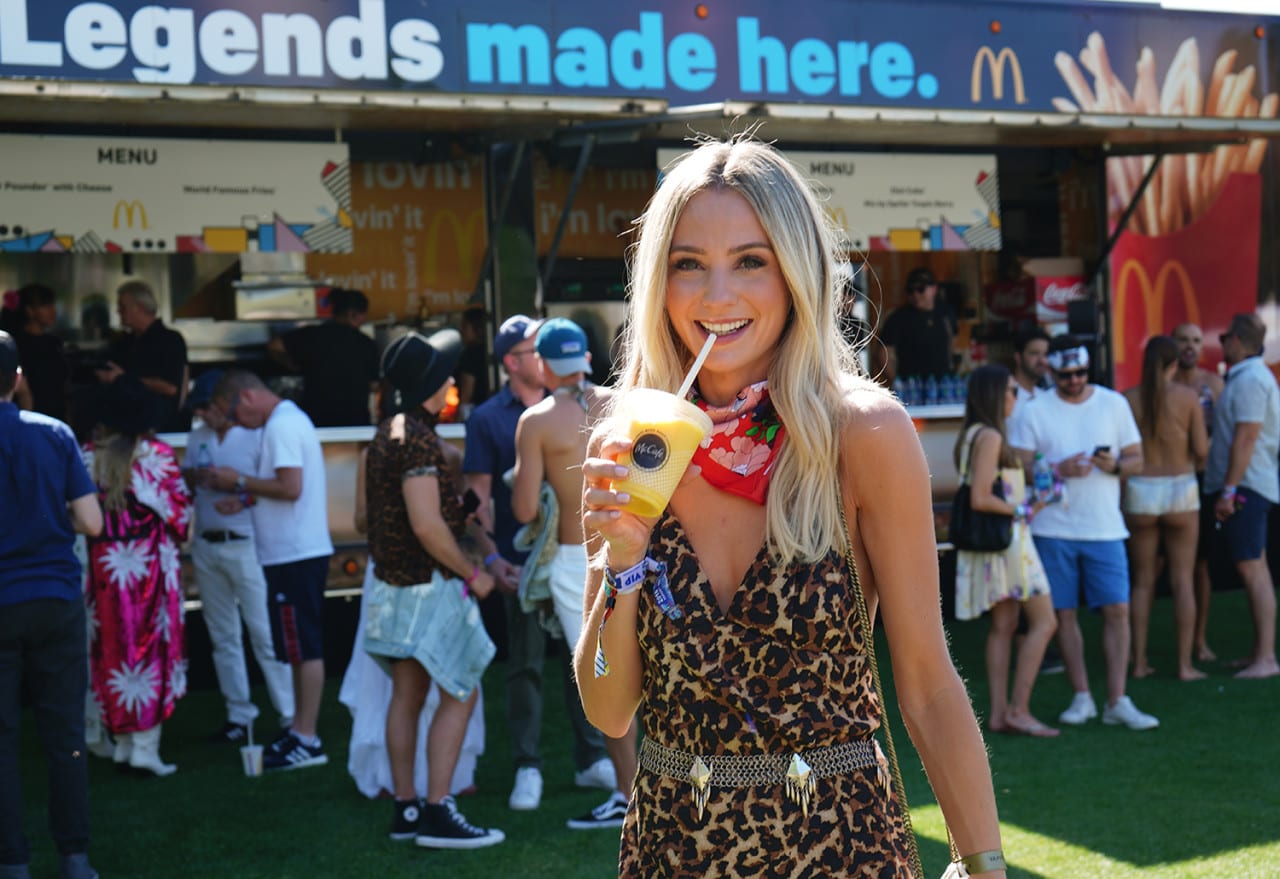 Coachella isn’t really Coachella without the host of swanky, off-site pool parties and late-night soirees that take over the desert each year, and the sixth annual Bootsy Bellows Pool Party presented by McDonald’s and PacSun was once again one of the hottest tickets in town. Celebrities and influencers who let their hair down at the exclusive April 14 event got a chance to cool off, chow down, catch live tunes and share it all socially thanks to playful photo ops and scenic backdrops at the Bootsy Bellows estate.

New to the event this year, and a key driver of social amplification, was the Ice Cream Sundae Bar and Ice Cream Room. Attendees battling the sweltering desert heat flocked to the engagement to build their own vanilla soft serve sundae at a branded bar before stepping into a shareable, multisensory experience in the Ice Cream Room. The space featured walls that looked and felt like the wafer cones McDonald’s serves its ice cream in, while the ice cream-inspired ceiling appeared as if it was melting down the walls. Attendees were invited to hop on a swing hanging in the middle of the room to create a Boomerang for social sharing.

“Our goal is to move the activation beyond the walls of the event and the festival,” says Angie Blissett, marketing director-promotions & activations at McDonald’s USA. “So the more impactful the photo moment is, the better chance we have of the people who are present—the celebrities and Instagram stars—taking advantage of the Ice Cream Room and pushing that content out without us having to ask us to do it because it’s an awesome experience.”

But McDonald’s was serving up more than ice cream to keep attendees satisfied. Between the lavish cabanas, gargantuan pool and throngs of VIPs on-site, McDonald’s found a place to park the McRig—the brand’s 57-foot-long mobile restaurant, which is used to sell “gold standard” menu items at events. The vehicle was on-site throughout the experience, serving up quarter pounders and fries, among other fare, and ultimately dishing out more than 6,000 samples.

There was also the McCafé Mango Pineapple Smoothie “Handsy” Wall, which featured real pineapples and windows that opened at various intervals to reveal mysterious hands offering up McCafé smoothies. The wall also served as a popular photo backdrop.

Also hard to miss was the misting tent where attendees cooled down under a larger-than-life installation of the famous McDonald’s golden arches.

“We’ve held the annual pool party in the desert for six years now,” says Blissett. “It’s become one of the hottest tickets in town over festival weekend. So, our goal was to show up in a way that only we can with our amazing food, and then mix that with one-of-a-kind moments that are fun and entertaining and that you leave saying ‘Only McDonald’s can do that.’” Agency: The Narrative Group, New York City.