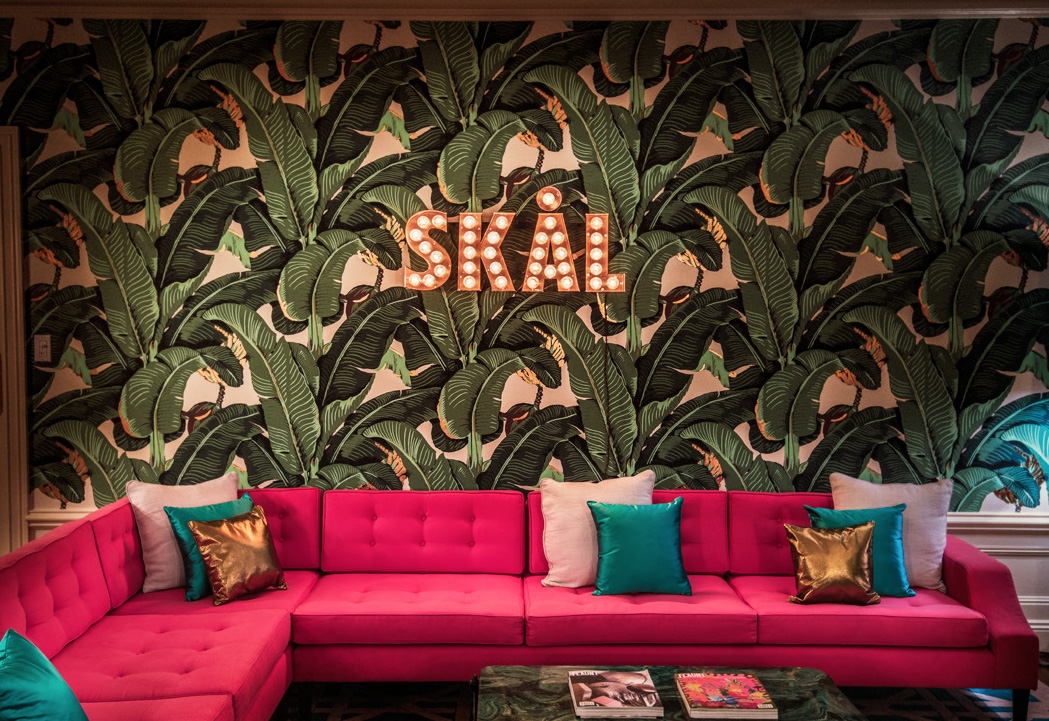 Estate of Affairs: Why Mansions are the New Go-To Venue for Luxury Brands 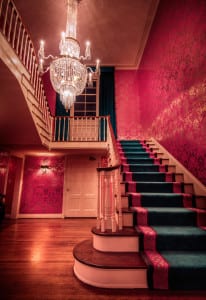 The Absolut Elyx House in the Hollywood Hills is a permanent brand home.

Luxury brands are, by nature, a selective breed. The materials or ingredients that comprise their products are meticulously curated, their affluent target is limited and, in many cases, the experiences they execute are intentionally few and far between. Why, then, shouldn’t these brands be just as judicious when it comes to choosing an event venue?

It’s the thought process that a number of luxury retail and lifestyle brands have adopted as of late, ushering in an era of glamorous, mansion-based experiences that evoke the swanky hotels and over-the-top party houses popularized by sponsors of the Coachella Valley Music and Arts Festival. From differentiating themselves among competitors, to showcasing their luxe products in context, these companies are capitalizing on the strategy, and elevating their brands along the way.

Take Absolut Elyx, a product crafted using thousands of copper packets and a still from 1921, which serves as the luxury expression of Absolut Vodka. With many other so-called luxury vodka brands producing flashy, often overpriced bottles without any real claim to their “premium” label, Elyx needed a way to embody a differentiated, more modern approach to luxury that underscored the authenticity of its product. The solution? The Absolut Elyx house, a historic mansion and permanent brand home set in the Hollywood Hills that the company leverages for everything from 40-person seated luncheons to wild soirees that last well into the wee hours.

“We all know that there’s a new vodka brand launched every week,” says Miranda Barker, director-trade & brand aesthetic for Absolut Elyx. “It’s not like the bars, clubs and restaurants of America are saying, ‘Please, bring us another luxury vodka.’ And we know that. So, it’s about creating this idea of a differentiated culture.”

To that end, Elyx invites an exclusive list of influencers and celebrities to the estate for various events, offering arts and culture-based experiences that range from synchronized swimming performances in the pool, to personalized martini-making lessons, to a coppersmith designing and engraving jewelry on-site, to all-night dj sets. In addition, copper is featured throughout the neo-Georgian-style mansion in playful ways, emphasizing the copper distillation process that makes Elyx unique. What’s more, the brand hosts events with relevant partners, like record labels, at the estate to give other companies a taste of its brand (and its liquid).

Of course, the VIPs in attendance are only too happy to share these upscale experiences with their legions of followers, extending the reach of Elyx’s luxury messaging and keeping the brand top of mind for the influencers and their audience.

“For years, we’ve been doing activations at the best restaurants in town with the best chefs and the best bartenders,” says Barker. “But we feel people then just think, ‘Oh I remember that wonderful little restaurant.’ They don’t necessarily remember it’s about the brand. So, the idea of creating a true brand universe that allows you to activate with a lasting memory of Elyx is something I think is very, very powerful.” 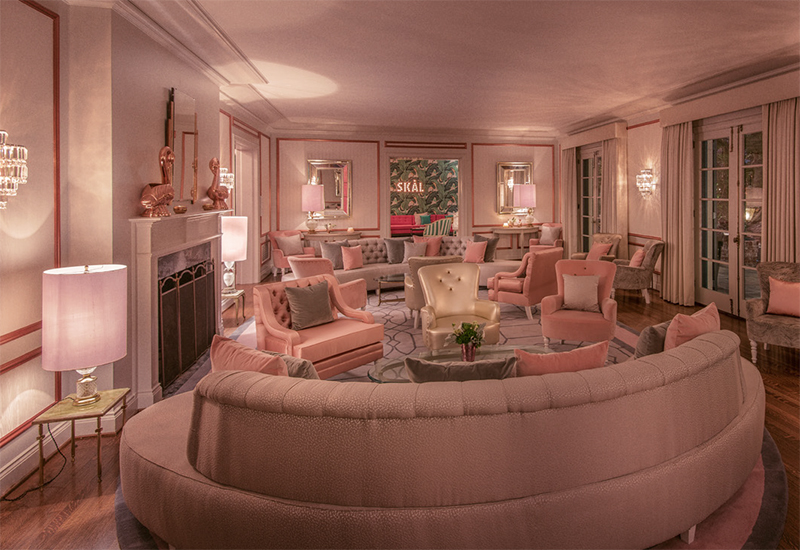 Discovering new ways to stand out in a competitive luxury market is something upscale London department store Harrods is all too familiar with. The brand attracts some of the wealthiest individuals from across the globe—and retains them—thanks to a continued willingness to adapt its marketing strategy. In December, the brand proved as much with an invite-only event at New York City’s James Burden Mansion, which was decked out for the holidays in twinkling lights and decor.

There, Harrods invited high-worth clients and select members of the press to explore its products in a real-world context that encouraged them to purchase multiple items in a collection, rather than a single product. Attendees were also treated to a performance by the New York Choral Society, an on-site gingerbread house and a round of popping British Christmas crackers—engagements that underscored the retailer’s British flair and high-end sensibility. 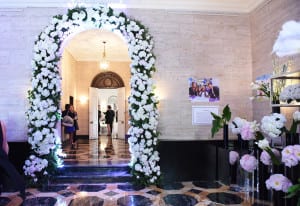 Likewise, the Maison Lancôme experience activated by the luxury beauty brand has helped influencers and beauty bloggers explore its newest lines of color, skincare and fragrance over the last two years in an upscale setting befitting of the products. First executed at the more traditional Academy Mansion on New York City’s Upper East Side in 2016, then updated and reiterated in a six-floor townhouse in Greenwich Village last year, the experiences featured a different product suite in each room to give attendees a sense of the items in a relevant setting.

“Lancôme likes to see its product in a home and a livable environment,” says Andrew Barlow, vp-events at HL Group, which handled the Maison Lancôme events. “There’s set design that we intertwine, but I think for them it’s about creating this journey through this home, and having their product tell the story in an actual environment, rather than just a blank space. We were activating in areas the product would be located in, like bedrooms and bathrooms, and doing styling on counter tops. And for bath and body product we did a whole moment around the tub. So, it was definitely about bringing together that home environment and weaving that in with overall product display.”

In addition to elegant product displays, the Maison Lancôme experiences featured chic engagements that included lipstick bars, a honeycomb installation, a flower market and an entrance moment with 3,600 roses of varying shades of pink that created an “ombre” effect—all highly Instagrammable scenes meant to inspire the tastemakers in attendance to share them socially.

“They have the following and they’re pushing out that online content,” says Barlow. “So [it’s about] creating really dynamic moments within these [mansions] that are snappable, which is the largest thing that we tend to focus on when we know influencers are coming in.” 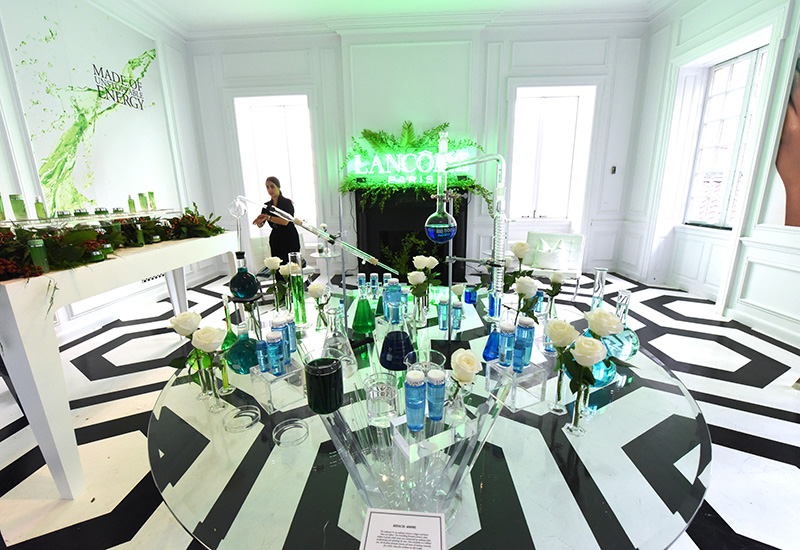 While mansion events are still overwhelmingly produced by luxury brands, a handful of consumer brands have also adopted the trend to offer attendees a variety of different experiences in one location. Like Expedia, which executed an event at 214 Lafayette, a five-story townhouse in New York City, to launch a new credit card in partnership with City Voyager. To highlight key destinations booked through Expedia’s travel services, the brand transformed entire rooms into popular locales, including a Bora Bora scene set by the venue’s indoor pool, featuring lush greens and a nature-themed soundscape. As Barlow puts it, it’s like creating 10 events under one rooftop.

In addition to fueling sound event strategies, these events offer attendees a rare look inside some of the country’s most spectacular homes, adding an element of surprise and delight to the experience. For the influencers and press, especially, who’ve attended events in countless mainstream venues, it’s a welcome retreat from the norm.