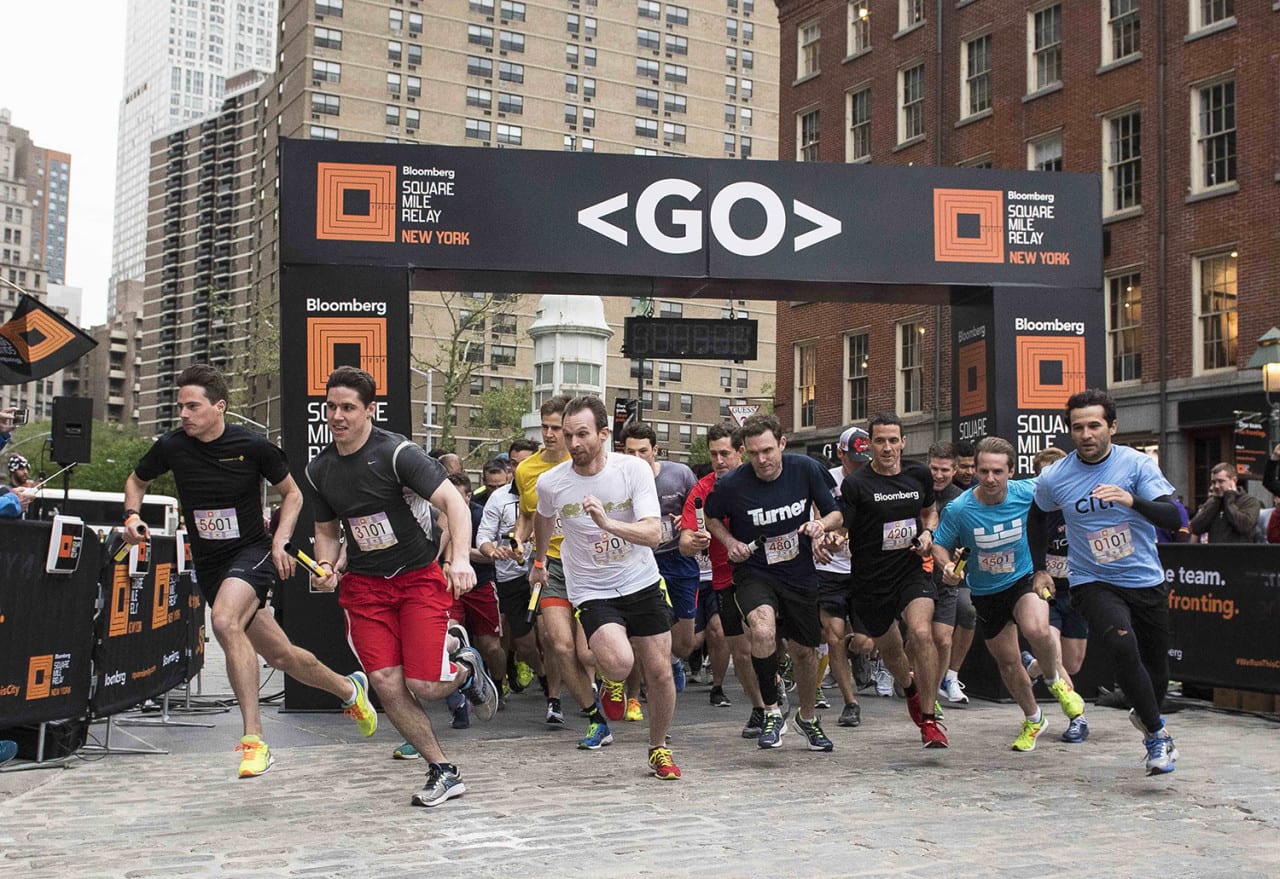 Six Lessons in Team-Building From the Bloomberg Square Mile Relay

Like most other foot races, the Bloomberg Square Mile Relay, which took place in NYC’s financial district this past May, was about competing for the top spot and taking home the coveted trophy. But for the 70-plus teams that competed in this year’s event, mostly from the city’s leading financial firms, it was also an exercise in team-building, a concept that was baked into the relay from its inception 10 years ago in London.

While hundreds, if not thousands, of races take place throughout any given year, the Bloomberg Square Mile Relay was designed with corporate team-building in mind, to bring people together in a format that helps them bond. As Deidre Bigley, Bloomberg’s cmo, puts it, “While the idea of a corporate race wasn’t itself new, at Bloomberg, we always strive to ‘see the difference’ and ‘be bold.’ Applying this mantra to our idea, a distinctive take on the corporate race was born: a one-of-a-kind, immersive, team-building relay race.”

And that’s just what this is. An event built, in typical relay style, around teams of 10 people, each completing a one-mile loop then handing off the baton to a teammate. The athletes gather at an after-party for free food and beverages. The New York City event also featured photo ops and massages offered by Bloomberg, plus corn hole and other games by World Wide Technology, which was also a sponsor (Agency: LeadDog, New York City). 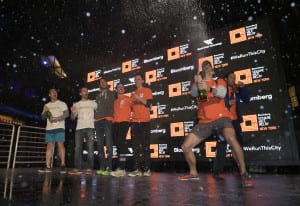 Bloomberg has been the headline sponsor of the relay since its inception 10 years ago in London. The race also takes place annually in Dubai, Hong Kong, São Paulo, Shanghai, Singapore, Sydney and Tokyo, and will expand to San Francisco in August. In New York City, the number of teams increased by more than 40 percent over last year, which was the first time the event took place there.

Given its expansion in the number of teams and in locations, the Bloomberg Square Mile Relay no doubt is on to something. “It’s an opportunity to engage with key customers, support business growth in priority markets and reinforces our commitment to giving back to the communities where Bloomberg operates,” Bigley says.

Here, we take a closer look at the elements that go into a successful team-building event.

1. Take it outside of the office

There’s nothing like a change in scenery to get people talking to one another, whether they’re filling backpacks for needy children, playing a trivia game or doing a scavenger hunt. In the Bloomberg Square Mile Relay, participants take to the streets in an immersive, collaborative and competitive experience, running past their offices and favorite coffee shops and lunch spots, then gathering afterwards for food and festivities. “It’s a great way to train together, learn about each other’s personalities, build bonds and friendships together,” says James Hasset, executive director at Square Mile Relay.

The relay, with its one-mile course, is short and sharp, challenging for the top-tier runners but not off-putting for the less accomplished ones. And because it’s a relay format, which takes place on a loop, no one knows how far behind they are. Naturally, since the event takes place in the city’s financial district, competition can be fierce. But it also draws those looking for a fun experience to share with colleagues. This year the New York event introduced a Fastest Mixed Team award, a new trophy for the fastest team with a minimum of four women to encourage their participation.

3. Expand beyond the main event

Many of the companies field more than one team in the relay and bring the participants together to train in the weeks leading up to the event. The result is an ongoing exercise in preparation that brings people together for a common purpose on practice runs that often take place after work during the week. For some, training becomes a habit, and then part of their lifestyle.

These days, who isn’t looking to improve their health, whether in terms of diet or exercise, or both. Adding a healthy component is a good way to help people bond toward a common goal, especially as they compare notes on healthy food options and exercise regimes. You may just want to skip the beer and pizza after the weekday training sessions.

Charity is big at the Bloomberg Square Mile Relay. Team entry fees directly contribute to a donation for a community partner in each city, which receives a check on race night. In New York City, the community partner was The National September 11 Memorial & Museum. Participation also helps fund local revitalization projects. New York City participants had the chance to volunteer on May 21 in a water management project on Governors Island.

The Bloomberg Square Mile Relay organizers hear time and again how much fun it is to participate as they run the course, pass the baton and cheer each other on. Then there’s the chance to enjoy a drink and some food together, listen to music, get a temporary tattoo, upload team photos to social media and even network with peers. After all, a team that plays together, stays together.