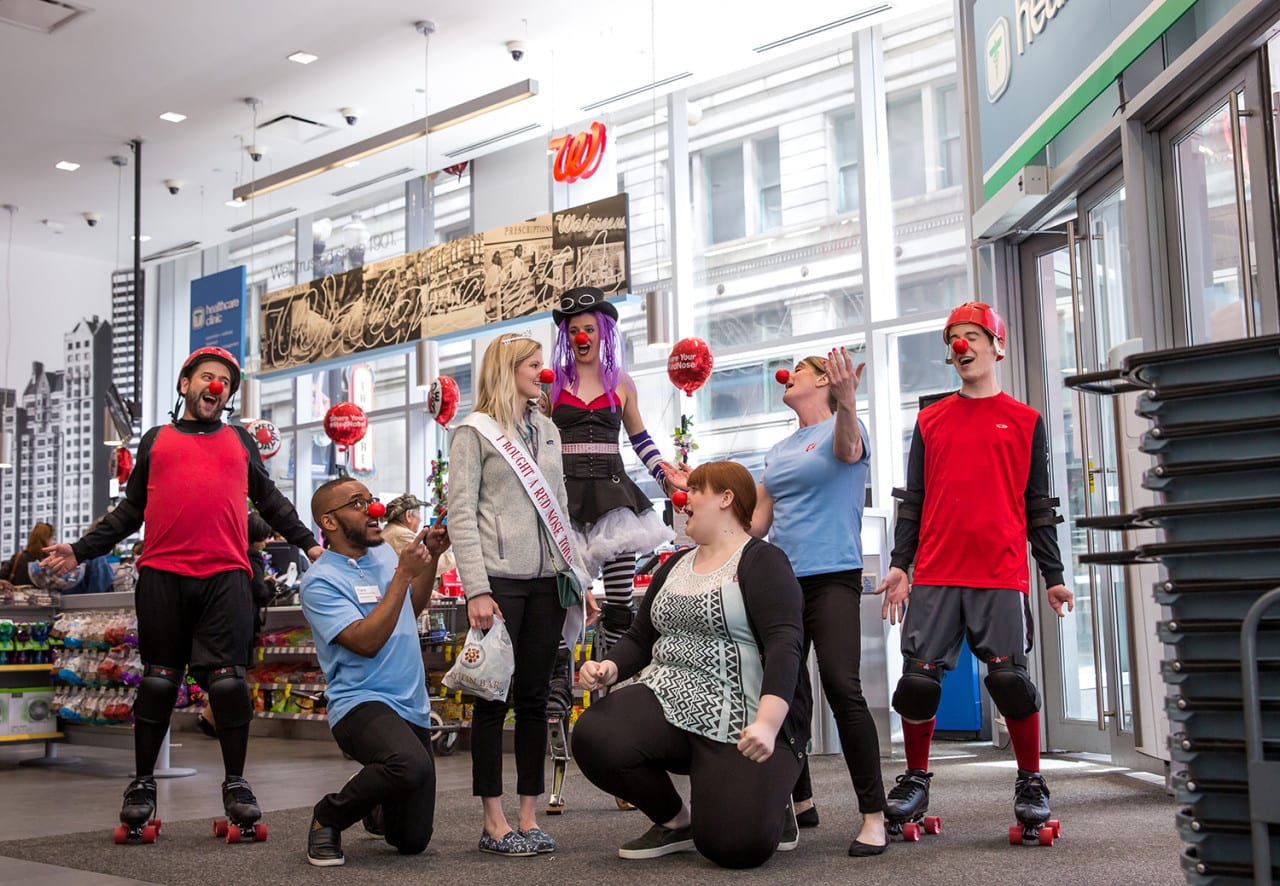 Walgreens has launched a five-week campaign that has consumers buying and wearing red rubber clown noses then snapping silly selfies for a chance to attend a televised Red Nose Day fundraising event in New York City. NBC will air the three-hour special, which will take place on May 21 and feature comedians, musicians and Hollywood celebrities. Red Nose Day fundraisers organized in the U.K. by the charity Comic Relief have raised awareness of poverty for more than 25 years. Now, they’re coming stateside.

The campaign kicked off on April 17 at a Walgreens in Chicago with the sale of the first red nose for $1 and an impromptu performance by Chicago comedy troupe Second City that was posted to the store’s YouTube channel. The retailer has installed in-store selfie stations with props and backdrops in 10 stores in Boston, Chicago, Las Vegas, Los Angeles, New York City, Philadelphia, San Francisco and Washington, D.C. Consumers who snap a selfie wearing the red nose and upload it to Instagram or Twitter using the hashtags #Walgreens, #RedNose and #promo have a chance to win a trip to New York City to attend the Red Nose Day event.

The red noses will be sold at Walgreens and Duane Reade locations through May 30, with proceeds going to support non-profit organizations that help lift children and young people out of poverty in the U.S. and abroad.

“Red Nose Day is a natural fit our brand purpose to ‘champion everyone’s right to be happy and healthy,’ as well as our ability to deliver the Red Nose to consumers across our 8,000-plus stores,” says Linn Jordan, director of cause marketing for Walgreens. Agency: Weber Shandwick, Chicago.