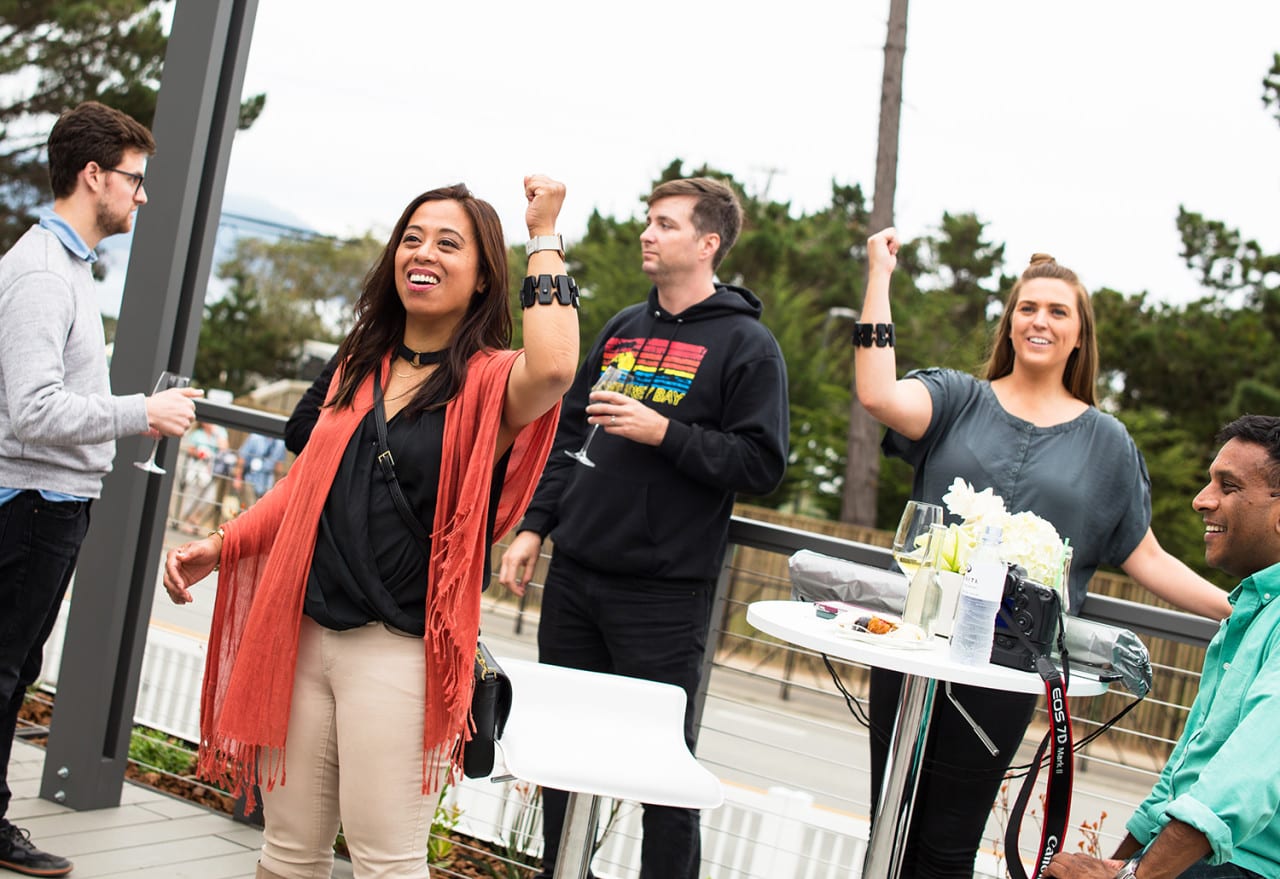 To make its car displays more engaging for attendees at the prestigious Pebble Beach Concours d’Elegance and other auto events, Infiniti at this year’s 2016 Pebble Beach Automotive Week activated an interactive experience that involved biometrics, wearable armband devices, cameras and microphones that measured attendees’ emotions as they engaged with the cars, then transformed those feelings into digital artwork on LED screens and posters for social sharing. Besides the artwork, the data and insights generated by the devices also will help inform Infiniti engagements going forward.

“At the end of the day, what we want to do is deliver impactful and engaging experiences for consumers,” says Allyson Witherspoon, director of marketing communications and media at Infiniti. “We are really starting to tap into changing Infiniti’s static car displays.”

The experience, which was dubbed Driven By Emotion and took place in the Infiniti Pavilion at Peter Hay Hill on the grounds of the storied Pebble Beach golf course, is one of the ways the luxury automaker is seeking to forge a consumer connection. Last year Infiniti offered a virtual reality experience with two of its concept cars. This year, besides the biometrics, it also sponsored a concert with pop band OneRepublic. And, for those attendees seeking a more dynamic experience, Infiniti brought a full line-up of its cars for the traditional ride-and-drive.

Attendees at the interactive Driven By Emotion experience wore armbands that detected their gestures, movements and muscle cell electrical activity by connecting to sensors located on the cars and throughout the event space. In addition, cameras mounted throughout the pavilion detected facial expressions and determined overall room sentiment, while proximity microphones measured changes in conversation levels around each car. One model, the Infiniti Q60, featured a heartbeat sensor on the steering wheel that determined how drivers felt behind the wheel.

With real-time responsiveness, the data was pulled into an algorithm that turned those emotions and measurements into digital artwork displayed on LED screens. Afterwards, the data from each armband was transformed into a poster of the artwork generated by each attendee’s emotions. Those posters eventually will be compiled into an art book for the brand. Agency: TEN: The Enthusiast Network, El Segundo, CA. 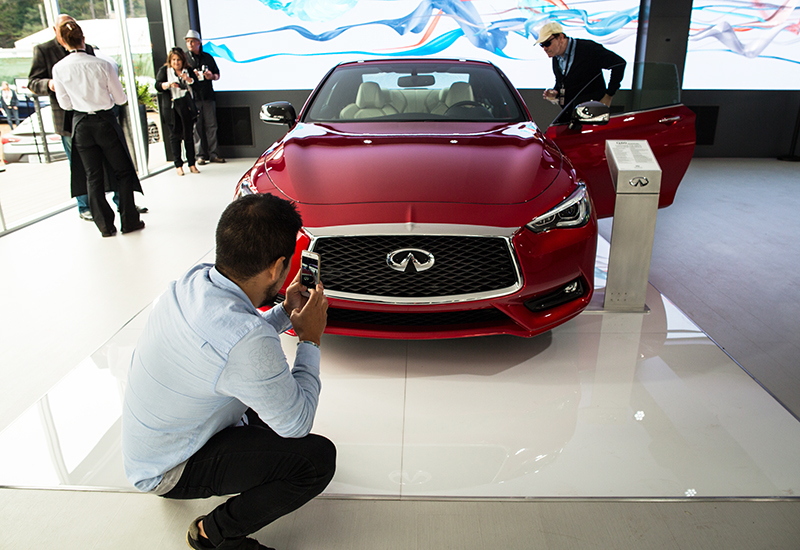 Infiniti measured attendees’ emotions as they engaged with the cars, then transformed those feelings into artwork on LED screens.

• Q&A: Infiniti on the Benefits and Challenges of Biometrics