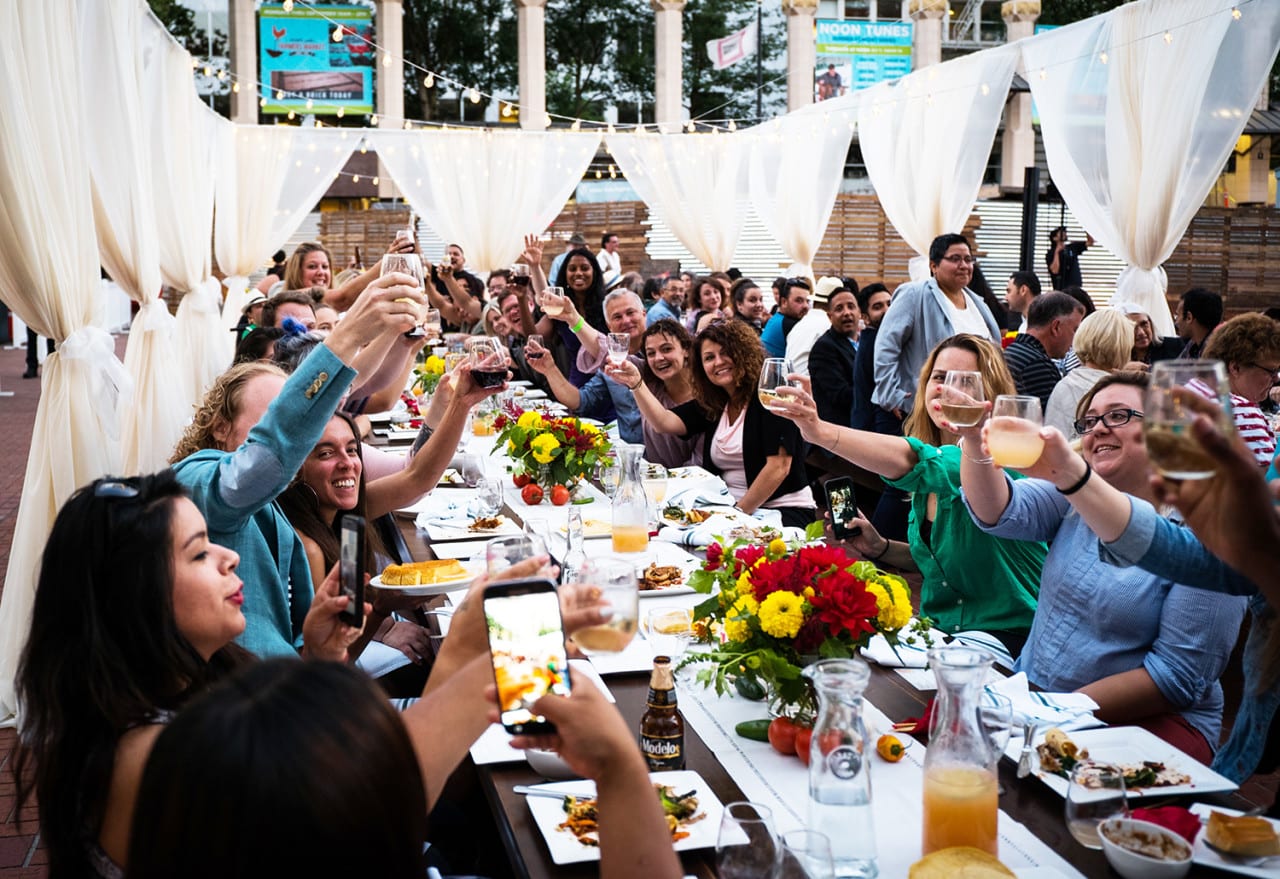 It’s no easy feat capturing the essence of modern West Coast living, but salsa brand LA VICTORIA managed to pull it off just in time for its 100th anniversary. The brand, which introduced the first jarred salsa product to the U.S. in 1917, paid homage to its heritage and celebrated its modern ethos over the summer with four private dinners and a 10-market sampling campaign.

With origins in Los Angeles, LA VICTORIA salsa has been a kitchen staple among West Coast consumers for decades. But when it discovered that many of those customers were unaware of its legacy, the brand used its 100th anniversary as a platform to reintroduce the brand, its heritage and its dedication to the modern West Coast lifestyle to long-standing supporters and younger foodies alike.

Sticking to its West Coast roots, LA VICTORIA hosted private dinners for consumers and media at exclusive venues—the Junipero Serra Museum in San Diego; the Santa Monica Pier in Santa Monica, CA; The HERE Collective in San Francisco and Pioneer Courthouse Square in Portland. Each event featured local bands, artists and fare reflective of the host city, along with a Prynt photo op featuring a step and repeat, and gift bags filled with samples and a branded wooden bowl.

To drive awareness for the dinner events and forge connections with local art organizations, LA VICTORIA additionally hosted an Anniversary Art Contest in each market in which local artists were invited to submit five pieces of work. Five finalists were selected in each city and tasked with creating an additional piece that captured the LA VICTORIA brand and the artist’s interpretation of modern West Coast living. Finalists attended the private dinner in their market, where they could display their work for fellow attendees. First place winners won $7,500, while second and third place winners won $1,500 and $1,000, respectively.

To extend the anniversary celebration, LA VICTORIA sent street teams to 10 West Coast markets to surprise and delight consumers at major events, like music festivals. Equipped with a 10-foot by 10-foot tent, a sampling bar and rustic sampling carts, brand ambassadors dished out chips and LA VICTORIA Thick N’ Chunky Salsa inside sealed, sample-size cups that consumers couldn’t get enough of, according to the brand.

When all was said and done, 403 people attended the dinner events, nearly 225,000 samples were distributed and street teams conducted more than 215,000 sampling engagements. A handful of lifestyle bloggers in each market also helped extend the reach of the campaign.

“We believe that Mexican food has this innate ability to bring people together and create a fun atmosphere,” says Sebastian Friedman, brand manager at LA VICTORIA. “We’re merely adding some of the elements that we think grease those wheels to create this wonderful experience for people.” Agency: Havas Street, El Segundo, CA.