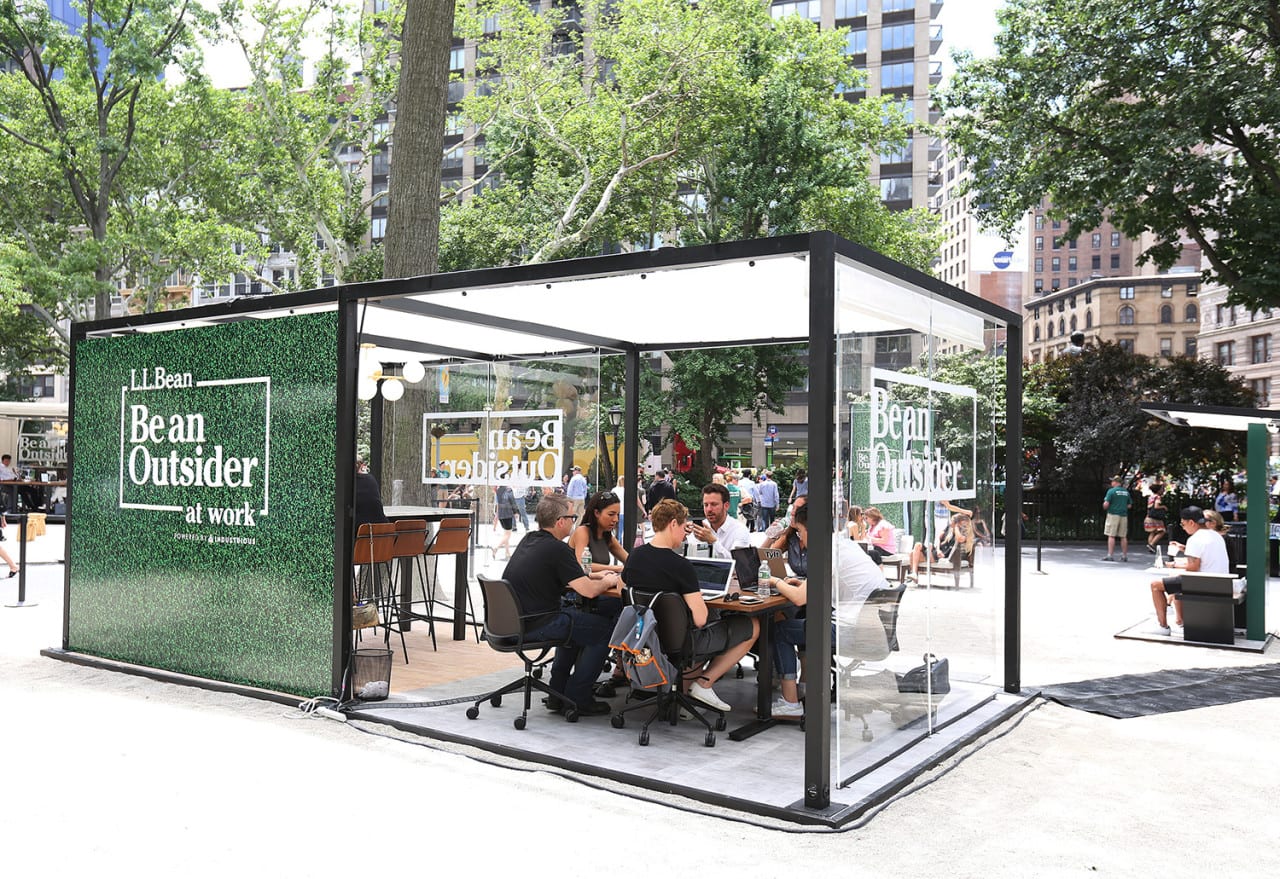 You might say the office is untapped marketing territory, rife with consumers looking for a way to break out of their eight-hour indoor workdays, especially during the summer months. Research shows that the majority of Americans spend 95 percent of their time inside, and half that time is spent at the office.

The program grew from research and creative work L.L. Bean conducted as part of a new positioning surrounding the “Made for the Shared Joys of the Outdoors” messaging.

“This is the first creative expression of that positioning, bringing Be An Outsider to life in new, disruptive and interesting ways,” says Kathryn Pratt, director-brand engagement at L.L. Bean. “In our own research we identified this insight about how our target audience is this outdoor family enthusiast who spends time at work, so the mission was, how do we allow them to enjoy what they love during their workday better. This is an extension of Be An Outsider.”

The glass office space outside New York City’s Bryant Park included collaborative workspaces, cycling desks and meeting rooms. It offered different types of work environments, including a more structured meeting area with tables and chairs, and casual meetings spaces with lowered seating. There was full power and wi-fi, to boot.

L.L. Bean amplified the program with p.r. and social components and invited companies in the local area to use the workspace, including Google, Yelp, IBM, Facebook and McKinsey, who helped amplify the event organically. The activation also included L.L. Bean’s outdoor discovery program that could be used for team-building exercises.

“People weren’t using the space as an escape; laptops were open, conference calls were being had, suit jackets were on the backs of seats, the white board was being used constantly—these were real, productive meetings and I feel that’s really important as we kick off this movement to illustrate for people that they can work productively in the outdoors,” Pratt says. Agency: Jack Morton Worldwide.