How Jägermeister Supported Artists, and Protesters, with a Virtual Gallery – Event Marketer 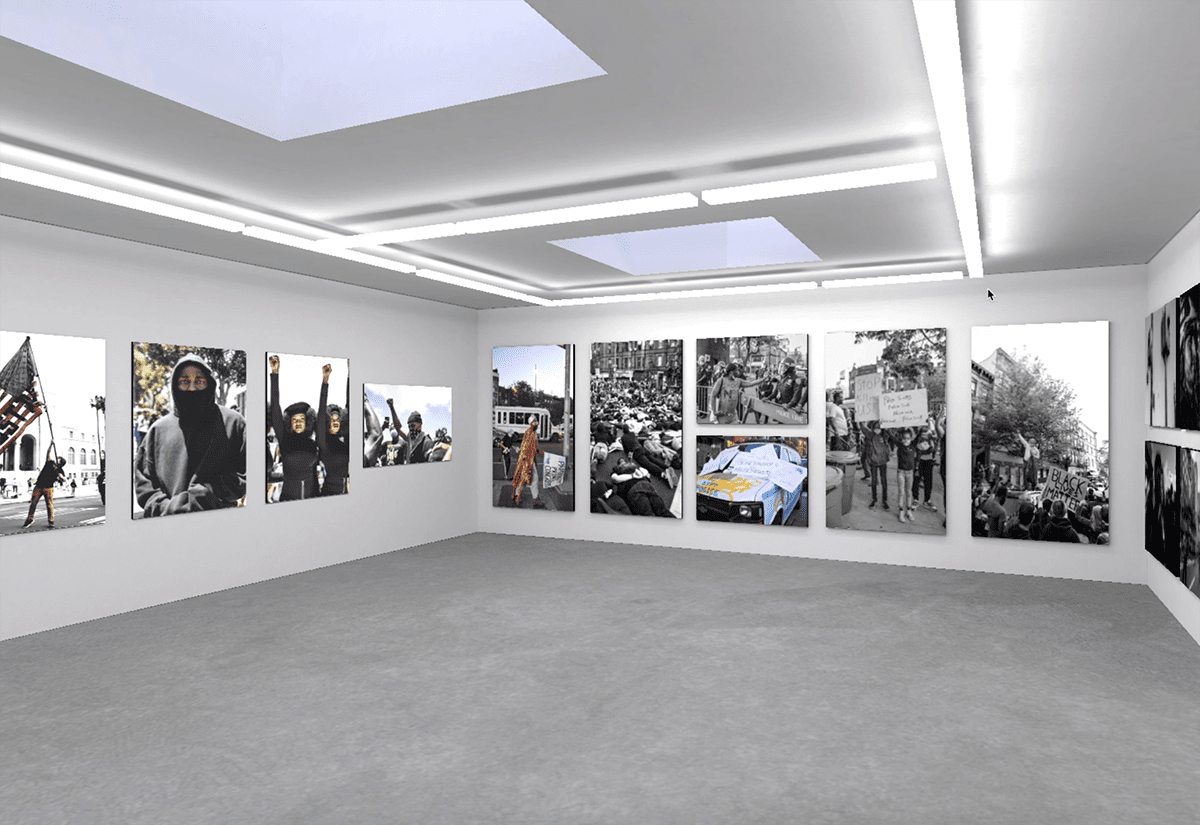 How Jägermeister Supported Artists, and Protesters, with a Virtual Gallery 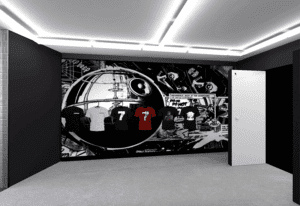 The virtual gallery is a reconstructed version of Compound’s real-world gallery space created in a WebGL-based 3D environment.

When South Bronx, NY-based art gallery and creative agency Compound attached a “temporarily closed” sign to its door in March as a result of the pandemic, it got the wheels spinning for founder Set Free Richardson. What would it take to keep the organization afloat amid the new normal?

The solution was to deliver art “to the people, for the people”—virtually. With Black Lives Matter protests taking place across the country, Richardson worked with creative agency dotdotdash to develop a virtual gallery experience that showcased the work of Black and Latinx photographers that have captured protest imagery all over the U.S. The gallery was unveiled at “The Art of Protest” virtual event on July 17, amplified by a sponsorship with Jägermeister.

The Art of Protest Virtual Gallery Exhibition showcased photos by a number of artists, including notable influencers like Roc Nation’s Lenny S. and music engineer Young Guru. With the powerful protest imagery serving as a backdrop, Richardson facilitated a series of conversations with the photographers about systemic racism, and their personal experiences. The event opened and closed with a guest speaker and a live performer. Following the event, a limited run of prints—one from each photographer—became available for sale by Compound, with printing sponsored by Moab Paper. A portion of the proceeds will be contributed to Black Artist Fund, which collects donations to directly benefit individual black artists and black art organizations across the U.S.

Thanks to a previously-established relationship with Richardson and Compound, and an existing campaign called Save The Night, Jägermeister served as an ideal official sponsor of The Art of Protest. Virtual sponsorships continue to evolve in the wake of COVID-19, so we tapped Olivia O’Leary, national culture and lifestyle manager at Mast-Jägermeister US, for tips on executing meaningful virtual sponsorships.

Tie it to an Existing Campaign

Just like in-person sponsorship strategies, brands should seek out virtual event opportunities that align with their brand ethos, and even better, ones that can be integrated into existing, larger campaigns.

Activating in the current climate means recognizing the realities consumers are facing, making give-back programming essential. Jägermeister has launched a variety of charitable initiatives that fall under its Save The Night program to give back to artists, creatives and bartenders whose livelihoods have been impacted.

Jägermeister’s Art of Protest sponsorship offered an opportunity to enhance its previously-established relationship with Richardson, one of the brand’s “Meisters” (key brand partners) and to build on its campaign. Save The Night supports the nightlife community, giving creatives the opportunity to deliver digital demos and performances for consumers through “drop-ins,” Meister mixology classes and livestreams from (empty) clubs that give people a chance to rock out from the safety of their living rooms.

“Not only does The Art of Protest showcase the cultural impact of the movement, the program gives direct support to the actual artists and photographers who helped create the visual representation through awareness and financial support, which falls directly in line with our Save The Night campaign,” O’Leary says.

Brands should capitalize on the unexpected benefits of virtual event sponsorships, like scale and meaningful content, O’Leary says. Storytelling, in particular, shines in virtual. And, whereas there was no limit to how many people could attend The Art of Protest, a physical gallery show  at Compound would only have accommodated about 500 people.

“There was a much bigger emphasis on the artists’ story which sometimes does not translate during a live event,” she says “The audience was able to hear from the photographers’ perspective on why they took the photos and the meaning behind them.”

Richardson and dotdotdash’s virtual gallery is a reconstructed version of Compound’s real-world gallery space created in a WebGL-based 3D environment. The setup allows anyone to navigate the virtual setting as they would the physical space, and even uses a real-time lighting feature to show when there are other visitors present.

“As we navigate the new normal in events, we look to seek opportunities where our Jägermeister brand story aligns,” says O’Leary. “During a physical show we are able to immerse consumers in live experiences, such as curated bars, mixology demonstrations and custom cocktail creations, but with sponsoring a virtual show there is much more emphasis on telling a story, which more than ever, needs to be told in a captivating and compelling manner.”

Check out a Recap of the Virtual Event: