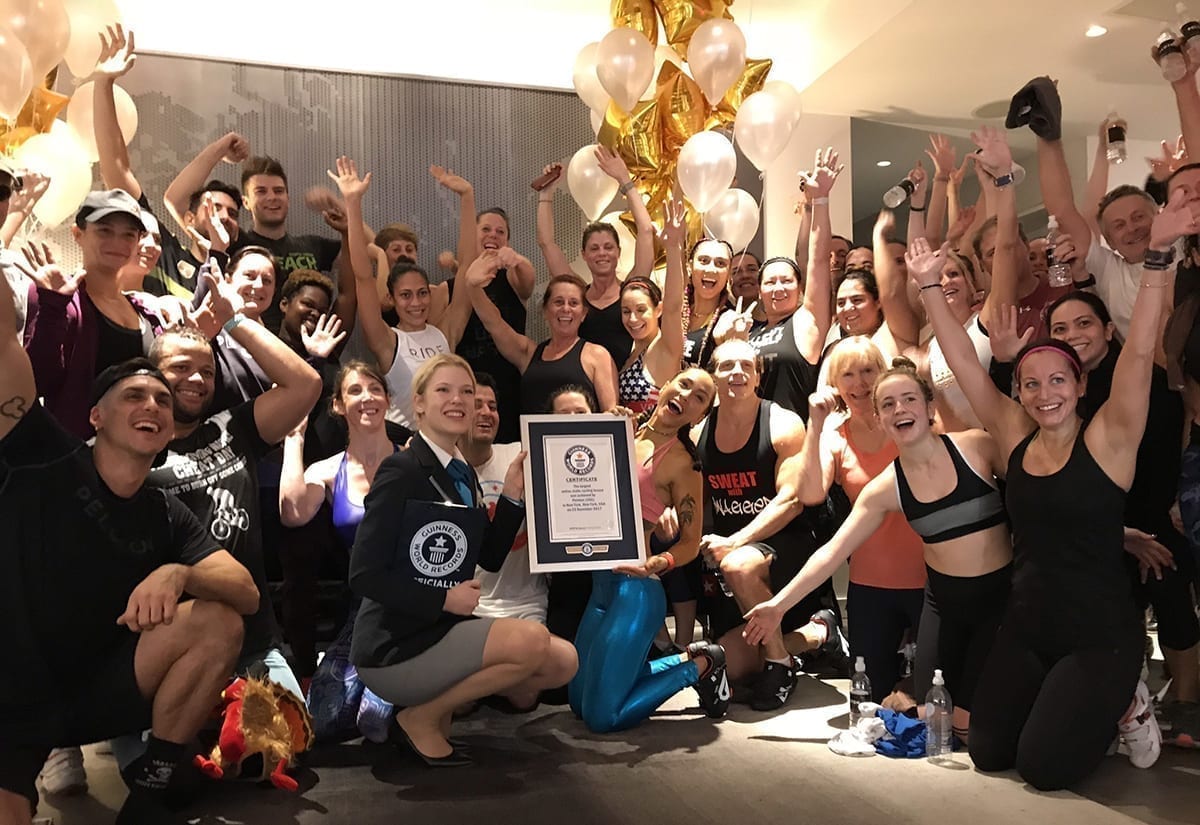 As brands grapple to find clever virtual engagement strategies in the absence of live events,  stunts may be the answer. Enter: digital Guinness World Record (GWR) attempts. Like their live counterparts, digital record attempts are designed with a marketing objective in mind and delivered in a way that engage consumers while rallying them around a collective goal. The good news is, online attempts don’t require specific digital skills, just reliable internet access and determination. Ready to shatter records and connect with your audience? Following is a look at three digital Guinness World Record attempts that made the grade.

For the 10th anniversary of its Coke Studio music production and entertainment event in Pakistan, Coca-Cola needed a unique way to commemorate the milestone. The answer? A digital Guinness World Record attempt for largest package product display. The attempt was broadcast on TV as part of that year’s entertainment event.

“Coke wanted a really unique way to commemorate and celebrate the anniversary. So their record attempt was largest package product display—and it was huge. It was more than 50,000 cubic feet of Coca-Cola bottles in a mosaic display,” says Morganna Nickoff, head of marketing, consultancy (North America) at Guinness World Records. “It was really cool because it was so visually striking, and that’s exactly what they wanted for the actual event.”

Since it wasn’t possible to send an adjudicator to the site of the attempt, GWR leveraged its Remote Adjudication Services to make it official. The audience was shown a pre-attempt video clip where the official adjudicator explained the process and the guidelines. Once the record had been verified off-site, a video was shown announcing the results to the audience—and celebrations commenced.

Every Thanksgiving, exercise equipment company Peloton hosts a Turkey Burn ride program to connect with its fitness-loving customers. The brand evolves the program each year, and to really up the ante in 2017, it decided to make a digital Guinness World Record attempt for largest online static cycling lesson. The goal was to get 5,000 riders to participate, and Peloton doubled that number, smashing the record.

“It’s cool because by doing something different for that year, Peloton actually got 10,000 riders,” says Nickoff. “And it was really unique because it was an online lesson, it was virtual and it could really pull in people from all different locations.”

The lead-up to the “Game of Thrones” finale had brands of every stripe vying for a sip from the cash cow, but Hulu’s strategy was a standout. Recognizing that the final episode of the series fell on National Streaming Day, the brand worked with GWR in an attempt to create the longest live stream via video. To break the record, Hulu’s social media team sat through 160 hours of “Game of Thrones,” and earned ample social media attention via a dedicated hashtag.

“Their social media team sat and watched two whole times through the whole ‘Game of Thrones’ series—more than 160 hours—it was amazing,” says Nickoff. “They had a link on their microsite, so at any point, anyone could go and see their team streaming and watching the show. So they set that record, but it was so fun that they had the hashtag #GameOfStreaming, engaged on social and had people checking it out. They ended up getting new memberships.”

In honor of the #GameofThrones finale, we embarked on a 161-hour watch to earn a Guinness World Record for longest live stream.

The events you are about to witness took place between May 13th and May 20th 2019. #GameofStreaming ⚔️ pic.twitter.com/hGSA0jgfB7