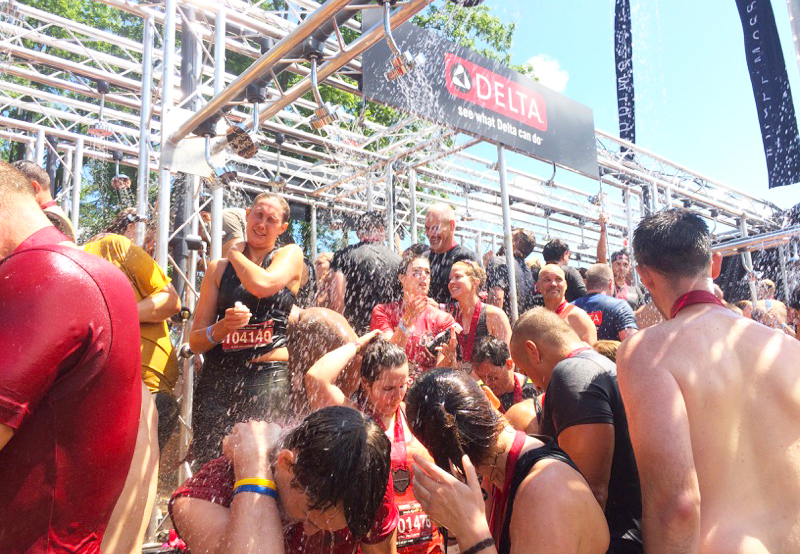 Delta Faucet on June 27 set the Guinness World Record for most people showering simultaneously in a single venue at the Warrior Dash 5K mud run race in Crawfordsville, IN. The event, which highlighted Delta’s five-race partnership with Warrior Dash, broke the existing record of 300 by 31 people. In total, 331 people showered all at once using Delta showerheads.

The shower station activates at the finish line of each race and features a wood platform base and changing stations. Runners receive branded soap before heading in to clean up. While the station typically includes 69 active Delta H2Okinetic efficient showerheads, for this particular record-setting event the station included 164 showerheads. In addition to having a representative from the Guinness World Records count each person that entered the footprint (in borrowed mud boots, no less), Summer Sanders, an Olympic gold medalist swimmer, was on-hand to greet participants and serve as host.

At all Delta race sites, an animated GIF interactive allows runners to stitch together images of themselves dirty and then clean against a branded backdrop. Delta is capturing basic contact information and sending a rebate post-race for runners to purchase a Delta product.

“Warrior Dash is a great example of a place where people are having fun getting messy,” says Missi Tate, senior brand manager at Delta Faucet. “There’s a lot of camaraderie, a lot of teams doing it together, people running for charities, and we want people to celebrate those fun moments having confidence that we have products that will help transform them back to clean.” 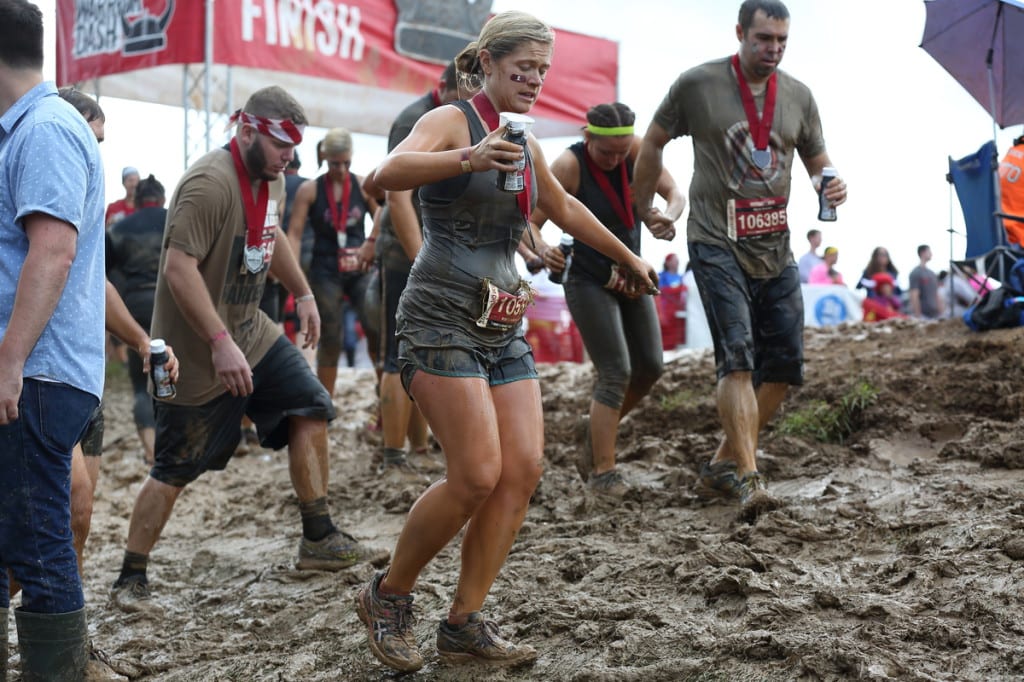 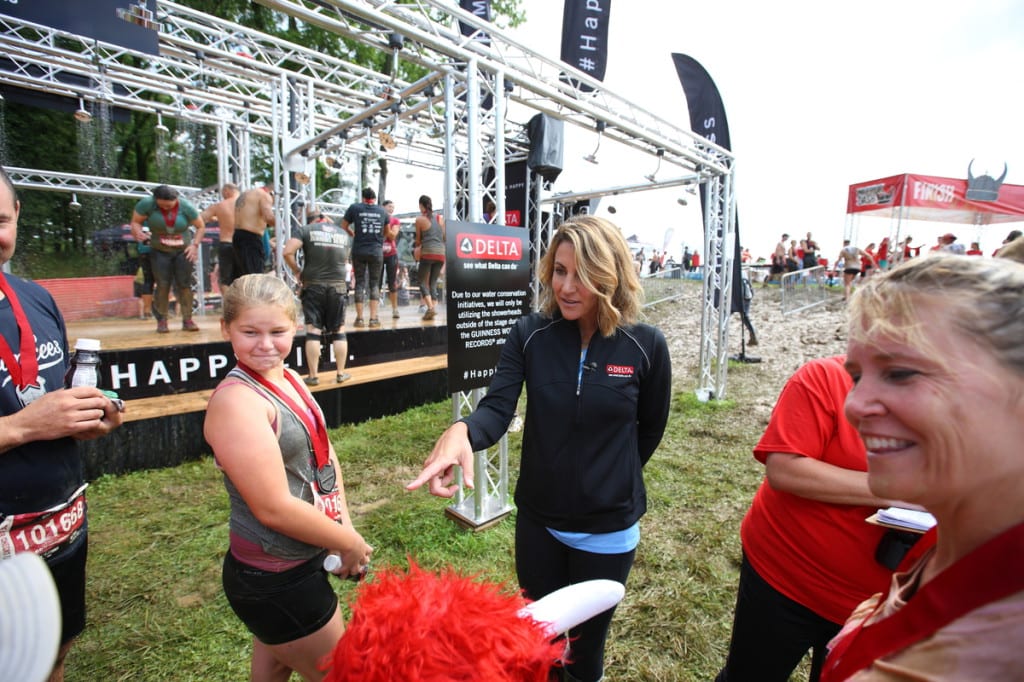