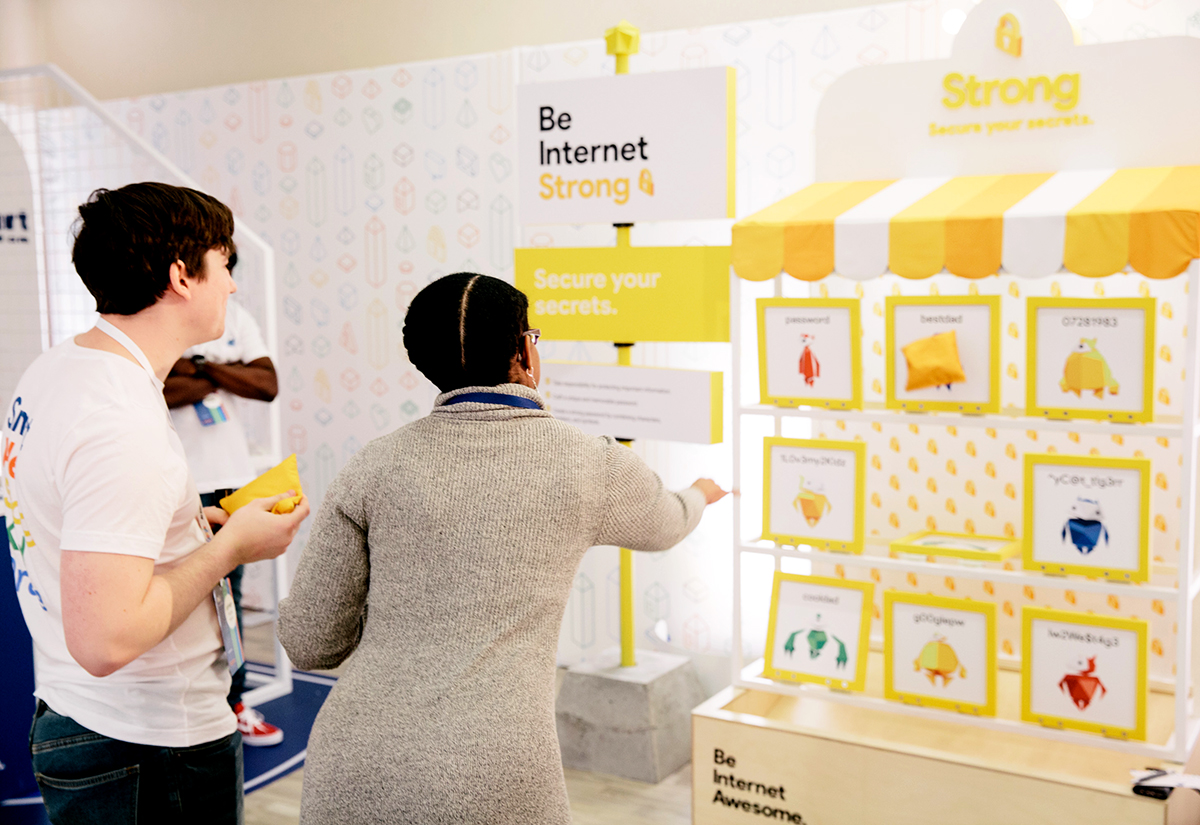 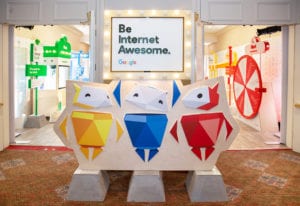 To spread awareness about its Be Internet Awesome campaign, which teaches parents, educators and kids the fundamentals of online safety and digital citizenship, Google created a carnival-themed activation at Dad 2.0, a dad blogger and influencer conference in San Antonio, TX, from Feb. 21-23. Dads shot hoops, worked a claw machine, knocked over “bad” passwords with beanbags, and more, as they learned how to be safe and smart online.

“We wanted to make it fun to drive awareness around all of these topics, because often there’s a perception that talking to your family about online safety can be a difficult conversation,” says Jessica Covarrubias, education program lead at Google. “We designed resources to break away from that stigma.”

The Be Internet Awesome Carnival brought to life the program’s five pillars: smart, alert, strong, kind and brave. For the “smart” pillar, dads learned about how to share thoughtfully and with care online. Attendees fielded basketballs with different pieces of information posted on them—like a social security number, a phone number, an address or a picture—and then shot the balls into baskets labeled “Share with Care,” “Safe to Share” and “Talk it Out.” Brand ambassadors were on hand to talk through any of the topics and discuss the insights behind each pillar.

A spinning wheel featuring various scenarios had attendees deciding whether they were real or fake, an activity which conveyed the “alert” pillar. To teach being “strong,” Google built an installation where dads would knock over unsafe passwords—i.e., those that did not have uppercase letters, lowercase letters, symbols and numbers. The “kind” pillar came to life through a claw machine, where attendees directed the machine to pick up plastic bubbles with pieces of kind messaging inside, as a reminder to be kind online.

Lastly, the pillar for “brave” taught kids that if they see something inappropriate or something that makes them uncomfortable to approach a trusted adult and have a conversation about it. In true carnival form, attendees received advice from a Zoltar fortuneteller. As they navigated the activation, dads received stamps on their carnival “admission ticket” given at entry, which, when completed, earned them additional information to take home and share with their families.

“The younger generation is tech savvy. They’re outsmarting adults because they know what to do with technology, but we’re not teaching them to do it,” Covarrubias says. “As leaders in the Internet space, Google wants to take a leadership role in helping to teach younger generations how to use the Internet.”

Dad 2.0 marks the first of a number of parent conferences Google will take the activation to in 2019. “It’s our entryway to speak to parents one-on-one, to let them know about these resources, and to drive awareness and engagement with the content,” she says. Agency: MKG, New York City.

Watch the Be Internet Awesome Carnival Come to Life: