Gallery: A Day at the Walmart NW Arkansas Championship 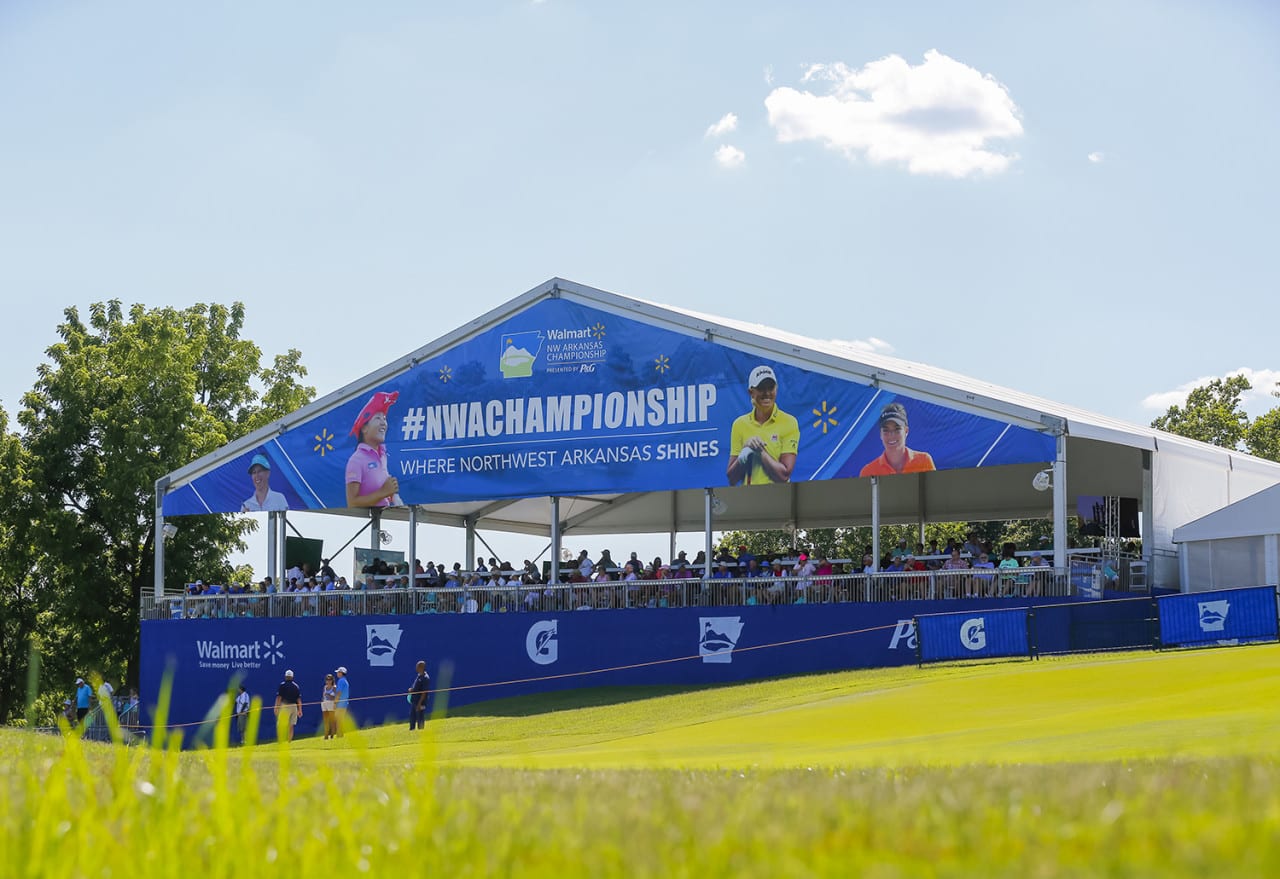 Photo Tour: A Day at the Walmart NW Arkansas Championship

Walmart, the retail giant known for everyday low prices, in Northwest Arkansas is known for something else: the Walmart NW Arkansas Championship Presented by P&G. The tournament, a stop on the LPGA Tour, brings top-notch female golfers to Rogers, AR, to compete for a $2 million purse. And it’s also a chance for Walmart to give back to the surrounding community—one of the retailer’s core tenets. This year’s donation should top $3 million, an amount that will have a huge impact on area nonprofit organizations.

For sponsors, it’s a chance to connect with consumers on the course and off as the tournament has grown to encompass events “outside the ropes,” including BITE NW Arkansas, a two-day culinary event; an executive women’s networking opportunity, kids’ activities, a 5K run and Saturday evening concert, this year by Elle King.

EM was there in the days leading up to the first round of the competition as organizers were putting finishing touches on the course, the structures and sponsor activations. Here’s some of what we saw. Look for the full story in the June/July issue (Agency: Octagon, Norwalk, CT).