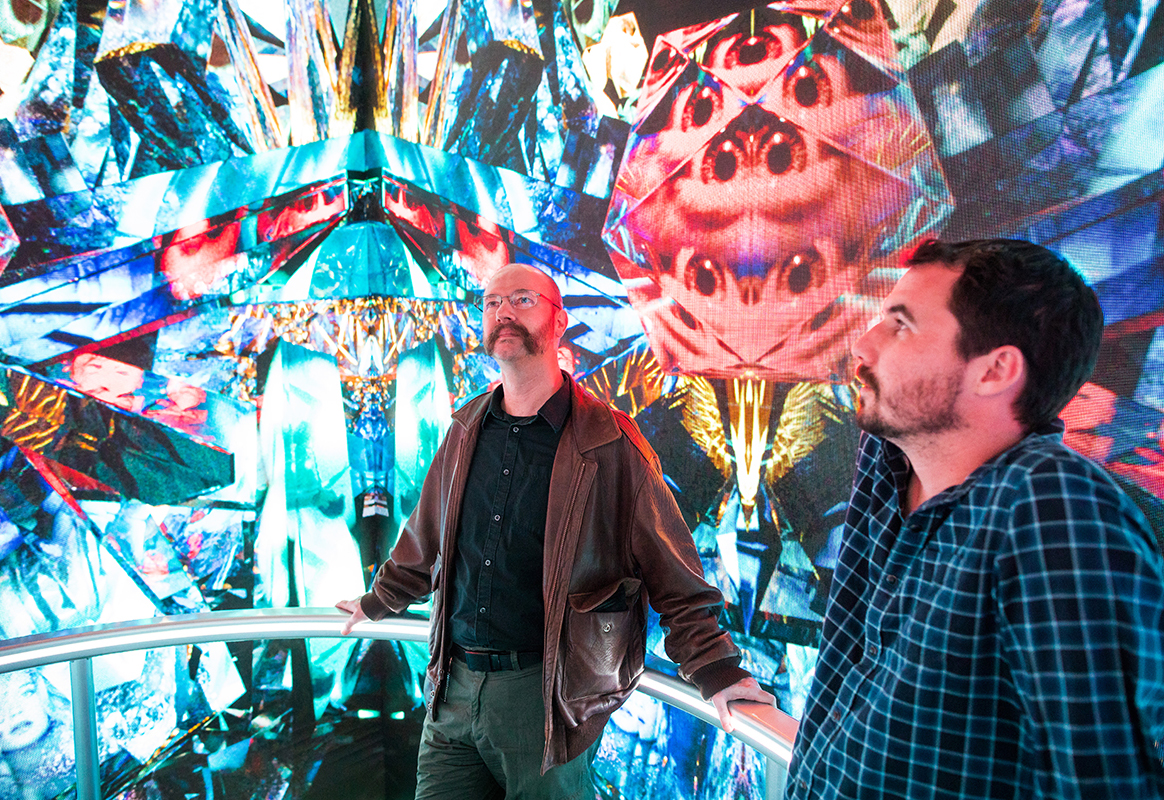 To engage fans and potential new viewers of the FX TV series “Legion” ahead of its second season premiere April 3, the network created a truly psychedelic art installation in Hollywood’s Goya Studios from March 29 to April 1. The experience was designed to echo a key theme within the series’ second go: “a sane man in an insane world.” In the series, the lead character, David Haller, was misdiagnosed as a schizophrenic—but alas, what society believed to be the manifestations of a madman were in fact the superhuman abilities of a mutant. In guiding attendees through a visual representation of Haller’s powerful, fractured mind—culminating in a 16-foot-tall chamber in which guests were fully immersed in a short film by visual artist Marco Brambilla—FX created an air of intrigue that would engage sci-fi fans.

As attendees embarked on the journey into Haller’s twisted psyche, they did so quite literally by passing through two freestanding graphic walls featuring an image of the character’s face split down the middle. Next, fans encountered one of the installation’s two main experiences, a wall of shattered mirrors where consumers could perceive themselves in a multitude of angles. This imagery echoed a key theme of the series while enticing attendees to snap and share selfies using the show hashtag #legionfx. Social media sharing is a key piece of the tune-in strategy.

“In the second season we still have an opportunity to grab people, to bring them into the series, and I think the best way to do that is through the fans who can evangelize it for us,” says Kenya Hardaway, svp of Integrated Promotions at FX. “They do the best job of sharing their excitement for the series and getting people excited around that. We want to have something that fans will appreciate but that still leaves the door open for someone who hasn’t tuned in yet.” 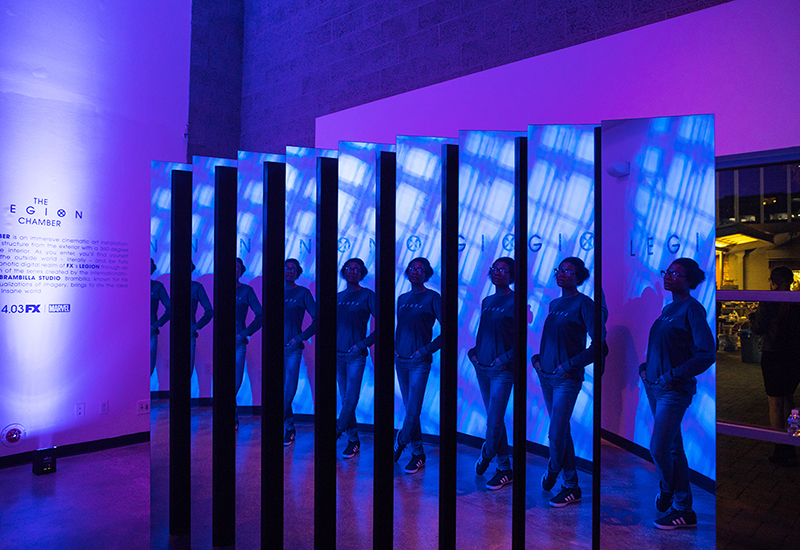 The Legion Chamber featured intricate latticework and mood lighting designed to create an air of mystery.

With the help of Legion brand ambassadors—each handpicked for their passion for the sci-fi genre and love of the series itself—guests then meandered toward the main attraction: The Legion Chamber. The façade of the massive structure featured intricate latticework, symbolizing the complex workings of the mind, while the deep purple lighting surrounding the structure—in keeping with the series’ color scheme—created an air of mystery.

Once inside, attendees viewed an immersive, 360-degree short film commissioned by visual artist Marco Brambilla (best known for his work on Kanye West’s “Power” music video) as an artistic interpretation of the series. Dubbed “Fracture,” the collage of assets from season two were reimagined in the artist’s signature, kaleidoscope style. Yet another IG-worthy moment for fans to share.

“We wanted to make sure that we had an opportunity where people could come into a space, see a really engaging, artistic presentation for what is, for all intents and purposes, a comic book series, and find a way to personalize it for themselves that makes sense to them and is appropriate for their own audiences,” says Hardaway. The next stop for the Legion Chamber might be Comic-Con, she says, a sure-fire way to engage the imaginations of fangirls and fanboys on a larger scale.

A Cloud of Color

Other moments captured by fans included several eight-foot by eight-foot light boxes that introduced additional characters within the series. While serving as a clever way to showcase the photography and artwork developed by FX for the series, the larger-than-life characters also made for yet another photo op for fans. Lastly, within the main space, the studio’s seamless white walls were lit with bright purples, blues and pinks, which—when caught on camera—created the surreal effect of being suspended in midair and surrounded by a cloud of saturated color. Agency: Industria Creative, New York City.