For These Brick-and-Mortar Retailers, Experiential Marketing is a Path Forward – Event Marketer 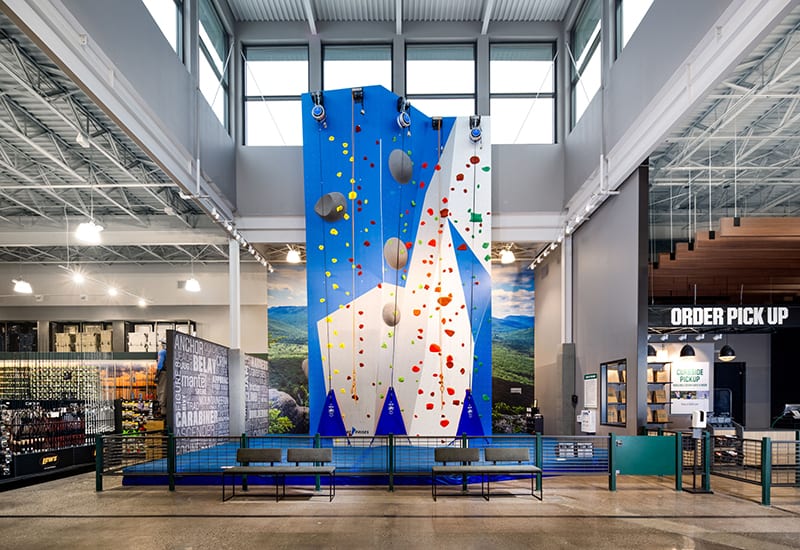 For These Brick-and-Mortar Retailers, Experiential Marketing is a Path Forward

Brick-and-mortar retail stores took a serious hit during the pandemic as consumers turned to online shopping as a preferred—and safer—alternative. But as vaccinations continue to roll out and consumers become more comfortable with the idea of in-person shopping, savvy brands are embracing experiential retail as a way to entice customers back into their footprints, and increase dwell time once they arrive. Following is a look at how four brands are leveraging experiential strategies to usher in a retail revival.

Following the launch of its Warehouse and Overtime concept stores, which share the objective of selling products at a discount, Dick’s Sporting Goods opened its first experiential-focused House of Sport store concept in Victor, NY, on April 9. It will serve as a test grounds for experience-based retail concepts, and the most successful activations will be incorporated into other Dick’s locations.

Among the store’s experiential touchpoints: a 17,000-square-foot turf field and track that is open year-round for practice, which features an ice rink during the winter. Concept-store visitors can also scale a 32-foot-tall rock-climbing wall, take swings in a batting cage featuring HitTrax technology, hit balls in tech-simulated golf hitting bays and putting greens, and test out and repair gear within a designated service area. The location also offers food, juices and PowerBars, and allows consumers to schedule appointments with local wellness experts. A second concept store will open later this year in Knoxville, TN.

Dick’s also rolled out experiential elements within its existing stores. It recently redesigned nine of its Golf Galaxy stores and added enhanced technology and experiential touchpoints to 62 more—things like golf simulators and putting greens, custom fittings, golf lessons from certified professionals and hitting bays. Its soccer shops will get an experiential makeover with the addition of specially trained soccer experts and soccer trial cages.

In May, M&M’s set up its second experiential retail shop of 2021, following the brand’s February opening at Disney Springs at Walt Disney World Resort in Orlando, featuring a slew of interactive features designed to personalize the customer experience on-site. While traversing the store’s 24,000 square feet, visitors can engage with M&M’s “Sweet Moves,” a video activation that lets consumers “express themselves with color, sound and movements”; M&M’S Mirror, which virtually morphs visitors into one of the brand’s mascots; staple store activities like personalizing your own M&M’s and choosing treats from the Wall of Chocolate’s 132 candy bins; a rooftop area, dubbed “Peanut Peak,” offering views of the Minnesotan landscape; and, for a limited time, an interactive station showcasing creative inspired by the brand’s new M&M’s MIX product. For those interested in viewing the store remotely, a 3-D tour of the space lets visitors “walk” through the store virtually and purchase products online.

Think of 7-Eleven, and Slurpees and Planters Peanuts often come to mind. The term luxury? Not so much. But that didn’t stop the convenience store brand from unveiling its luxury “Evolution Store” concept to two gamers at a time via Airbnb bookings ahead of the location’s official opening. Two people from the same household were invited on two separate evenings for an overnight stay at the store.

During the events, the space was decked out like a gamer’s paradise with a game pod and big screen TV, loungers with DualSense controllers and the coveted PlayStation 5 console that launched late last year to much fanfare. Hosted virtually by Dallas Cowboys quarterback Dak Prescott, the events included a one-hour Twitch stream session with FaZe Temperrr, founder of gaming organization FaZe Clan; a Slurpee drink station; Laredo Taco Company tacos; and other classic snacks. The Evolution Store and its five counterparts across the country will serve as an experimental testing grounds for new 7-Eleven products and experiences.

Saks Fifth Avenue kicked off a multifaceted marketing campaign at the start May, Mental Health Awareness Month, that included a mini-activation called the “Intention Garden.” Located on the second floor of the brand’s flagship store in New York City, the interactive activity invites consumers to think of a personal mental health intention they hope to pursue, write that intention on a wooden stake and then plant it in the on-site “garden,” a bed of soil spread across a display countertop populated with plants and brightly-colored flowers.

Visitors to the space can also write a thank-you message on a postcard, which will later be stamped and mailed by Saks, to a person who helped them through their journey toward good mental health. The brand also mailed out “Let It Go and Let It Grow” influencer kits that included a wildflower plant, planting tools and a suggestion to articulate their mental health intentions at home. Saks will showcase the influencers unboxing their kits on its Instagram account throughout the month.