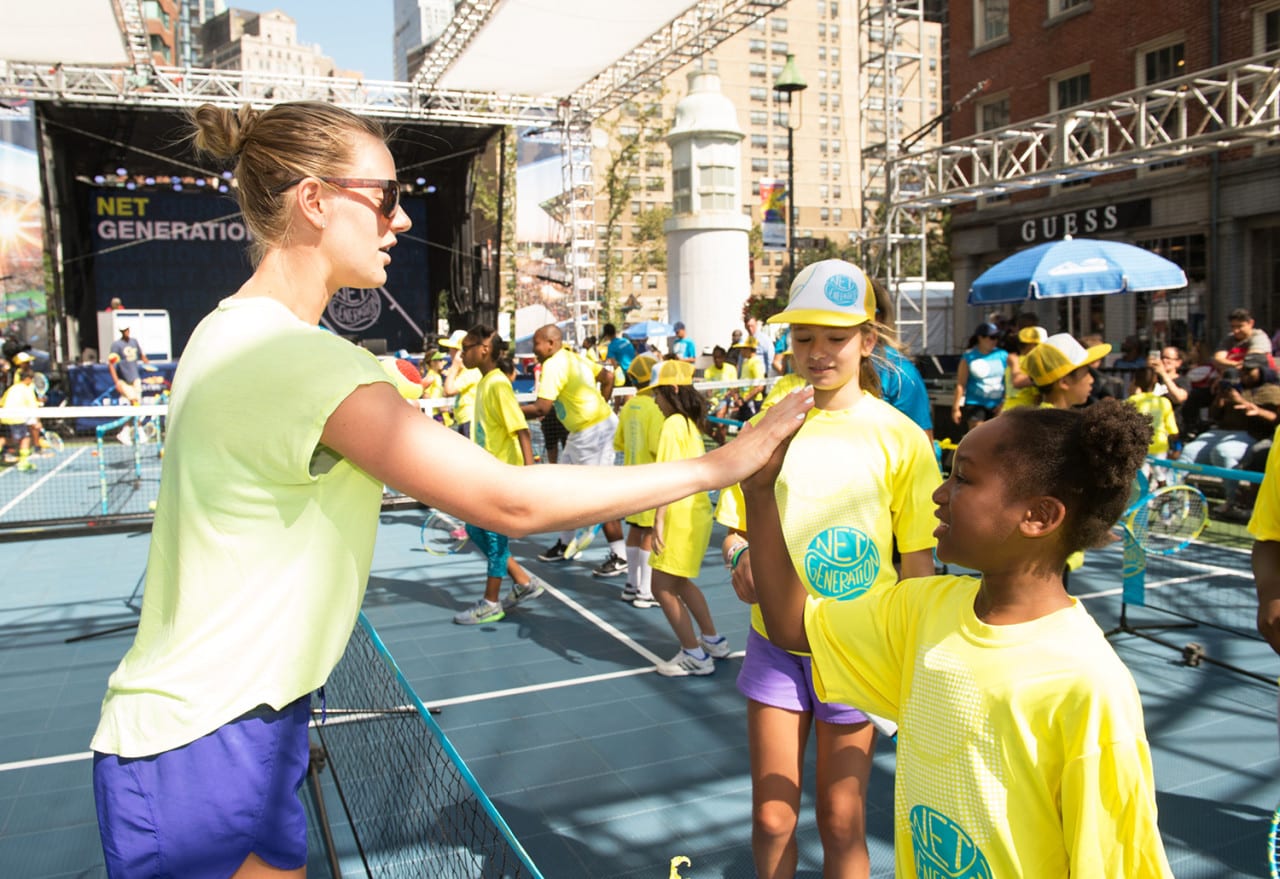 For two days during the week leading up to this year’s US Open, the United States Tennis Association transformed New York City’s seaport district into a mini version of the Billie Jean King National Tennis Center in Flushing Meadow, Queens. The US Open Experience, which took place Aug. 24-25, built on previous smaller scale events in hopes of attracting a wider audience for the sport and raising awareness for the organization’s flagship event, the US Open tennis tournament. Tennis clinics, photo ops, player appearances, and activations by sponsors including Chase, Heineken, Mercedes and others immersed attendees in all things tennis.

“Every year at the US Open, we look for new and innovative ways to market the event and to expand our audience to bring in new, more diverse, younger and socially active fans,” says Nicole Kankam, director of marketing at the USTA. “We’ve seen success from p.r. buzz and general awareness around smaller-scale experiential events that we have done, so this was an opportunity to expand and create a more immersive experience that helps us reach new fans.”

The entrance to the experience mirrored that of the tennis center in Queens with its iconic Unisphere; the other end of the space featured a “roofed” tennis court that resembled Arthur Ashe Stadium. Inside, Net Generation, the USTA’s new youth tennis brand, offered clinics, demos and a target-hitting game. On Friday, the US Open Draw was unveiled for the first time before the public on the main stage and featured broadcast talent, the tournament’s defending champion Angelique Kerber and other special guests. 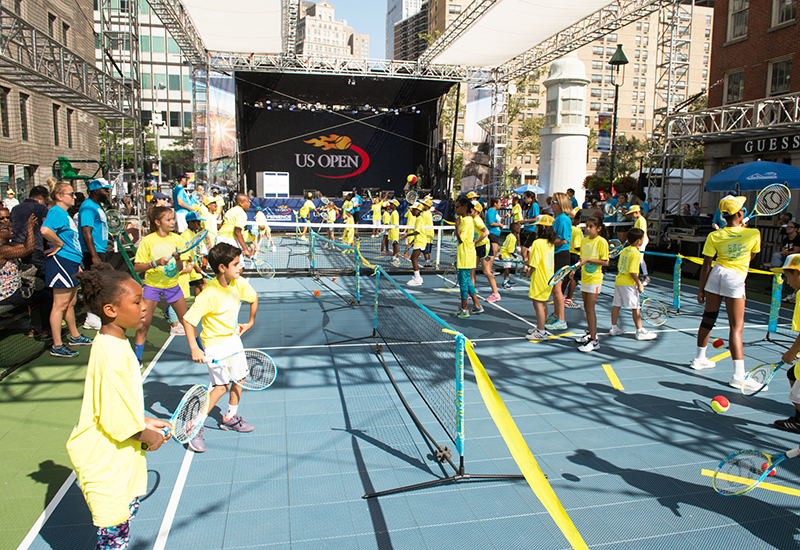 Tennis clinics, photo ops, player appearances, and activations by sponsors were part of the experience.