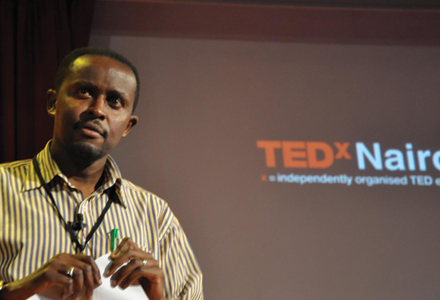 Global event portfolios can be a blessing and a curse. On the plus side, they give event and conference producers the ability to reach worldwide audiences on a local level by deploying fully-branded and turnkey “events in a box.” On the downside, global marketers, despite their best efforts, still struggle to make each live experience consistent with the messaging that’s being shared at the year’s anchor events. You can lead a horse to water, but you can’t ensure that thousands of small international events are in step with the home office’s brand rules and guidelines.

TED solved this problem three years ago when it activated its first series of consumer-generated “events in a box” called TEDx. As the TEDTalks conference series began gaining momentum in 2008 and 2009, the organization’s leadership team began fielding an overwhelming number of requests from people around the world who wanted more TED events, more often. The team decided that any more than its three signature events was too many, but that there could be an alternative model that allowed eager and passionate TED fans to fuel the fire in their own communities.

“We asked, how do we create a framework that we could take all this enthusiasm for TED and frame it in a way that people could actually do something with on their own,” says Lara Stein, director of TEDx. “So the idea of open sourcing TED and allowing people in some way to host their own TED-like events was born.”

The open sourced event, in which everyday people could host TED-branded events without hands-on management by the TED corporate team, was a step into uncharted territory for a brand that was well known and highly regarded around the world. So Stein and her team took several months to develop a set of guidelines that would enable consumers to execute an “independently organized TED event” while still retaining the TED DNA. And they weighed many of the same issues global event marketers do when trying to find the right balance between brand rules and freedom of interpretation.

“The fundamental premise of TED is transparency and that great ideas should be free, so the framework was always based on whatever we did being free to people who were willing to participate,” Stein says. “But if we were giving away the TED brand, what type of framework did we need to put in place to protect it? What kind of guidelines? And how many rules did we need versus how much do we open source?”

The answer came in the form of a manual, called the TEDx Toolkit, that is a collection of guidelines and rules that cover everything from venue selection and hosting tips to p.r., media and sponsorship, and still serves as the backbone of the program today.

All prospective TEDx organizers fill out an online form outlining the spirit and purpose of their event. (They are asked to review free webinars and a series of collateral on the website before even beginning the application.) Then, the TED team reviews each application. It doesn’t necessarily look for a detailed agenda or high-profile speaker names to catch their eye. Instead, they vet every application based on a feel for the fit of the organizer.

“We’re looking to make sure that their agenda is based on our TED philosophy which is that they’re passionate beings who care deeply about ideas and our underlying philosophy that ideas should be free,” says Stein. “They’re curious souls—that’s probably the best description of what we look for in an application. It’s not agenda driven. It’s driven by a curiosity and a need to share this curiosity in a positive way with the rest of the world.”

Once the application is approved (about two-thirds of all applications get the green light), the organizer gets a license and then can begin planning the event. In addition to the Toolkit, TED has taken the planning process and outsourced it further by throwing an open call for ideas out to the broader TEDx community. A TED wiki enables organizers to upload and share documentation with one another. A Google group acts as a forum for information sharing and networking once the organizer’s license is approved. A local workshop program brings fellow TEDx organizers together for meetups. An “Innovations” newsletter goes out once a month to all organizers highlighting cool TEDx ideas that are being brought to fruition in the community. And finally, a local ambassador program for areas of the world that are growing quickly helps the TED corporate team identify local cultural differences that they may not understand or may need to be taken into account. “It really helps across the board in managing the program from a local perspective so we can do it in a way that is intelligent to the local community,” says Stein.

Even with all the open doors and access, the program today is still much more transparent than it was three years ago, which Stein admits felt risky at first. “There were a lot of questions and pushback from marketers and branding gurus and people who thought what we were doing was a big risk on many fronts—giving away the TED brand for free,” Stein says. “But it was definitely an experiment and I think we approached it that way.” Even with the opensourcing policy, she says that 99.9 percent of the time, each event goes off problem-free and very few licenses have to be revoked.

“Generally, it’s an amazing community that does self police and does incredibly innovative stuff,” she says. “I say all the time that we’re learning so much from them. They come up with all these new ideas around the brand and around creative implementation and activation that we would never, ever have dreamed of when we launched TEDx.”

Since the first official TEDx event in March 2009 at the University of Southern California (USC), the program has since gone on to enable more than 3,200 local organizers all over the globe the opportunity to host their own TED event (for an in-depth look at two recent TEDx events, read “School Spirit” and “Desire to Inspire”).

What can corporate marketers learn from the TEDx open source model? Is the occasional “unconference” enough to spark the passion, or should you give up more of your stringent brand guidelines at your next mid-sized global event? “You’ve really got to get used to living in a world where you are not in control,” Stein says. “When you’re managing a global community, there are surprises every day you would never have dreamt of and most of them are amazing but there are those that are more challenging, so you’ve got to be comfortable getting to the point where you can manage in that space.” Or, un-manage, as the case may be.